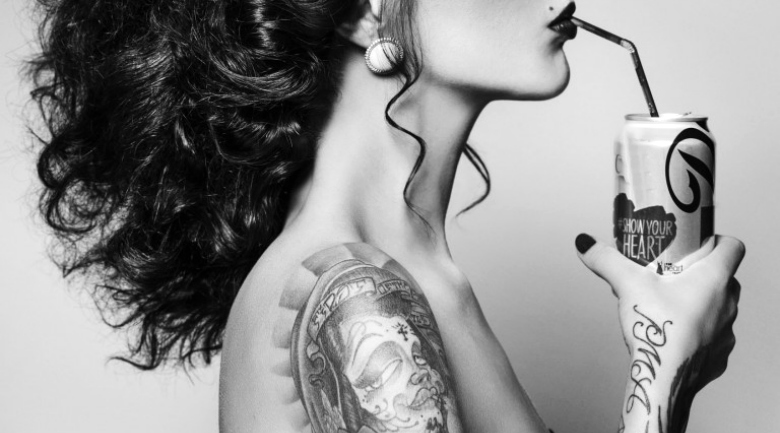 Starbucks is making some serious considerations regarding some of their corporate policy, which restrict baristas from showing tattoos, according to the Seattle Times. It makes perfect sense for the brand that was born in the land of ink, and in an era where most young people have ink or have designs swirling around in their heads.

With a potentially changing dress code at Starbucks, will others follow suit and soften their stance on their own anti-ink policies? Probably. Starbucks employees aren’t required to be ink-free, they just can’t show them while on the clock, so sleeves must cover arm art, and so forth.

This new shift is the product of an internal survey launched by Starbucks CEO Howard Schultz that asked employees how their careers could be improved. Many responded that the policy against visible tattoos was restrictive (read: makes them unhappy).

“I live on Capitol Hill, Seattle. It’s rare to see someone without a tattoo here,” one Starbucks employee told the Times.

Employees took to social media to discuss how tattoos may be allowed to be visible while remaining professional-looking, with some asking if face tattoos are acceptable, or ink from gang affiliations. Face ink may come across as unprofessional, but doesn’t necessarily alter a barista’s ability to make a drink. Gang tattoos may be outdated and baristas may not be able to afford the surgery to remove them.

An online petition with over 21,000 signatures noted they support altering the policy, arguing that having to wear long sleeves during the heat of the summer or over a hot machine can actually hinder job performance.

Starbucks Chief Operating Officer Troy Alstead sent an internal e-mail last week announcing that the company is revisiting its “dress code, including the tattoo policy,” but no changes have been made as of yet.

Starbucks said in a statement to the Times that they are “always actively engaged in discussion with our partners to determine how to make their Starbucks experience better and more valuable to them… We know the dress code and tattoo policy is important to them so we are taking a fresh look at it.”

Starbucks is also said to be considering other restrictions such as jewelry, piercings, and perfume/aftershave policies for employees.

Watch for other brands to follow suit – times are changing.

AI-generated tattoos? Yep, they’re a thing. Count us in!

AI art is taking over. Generators are popping up across social media and forum sites, but an AI-generated tattoo tool? Now that's cool!