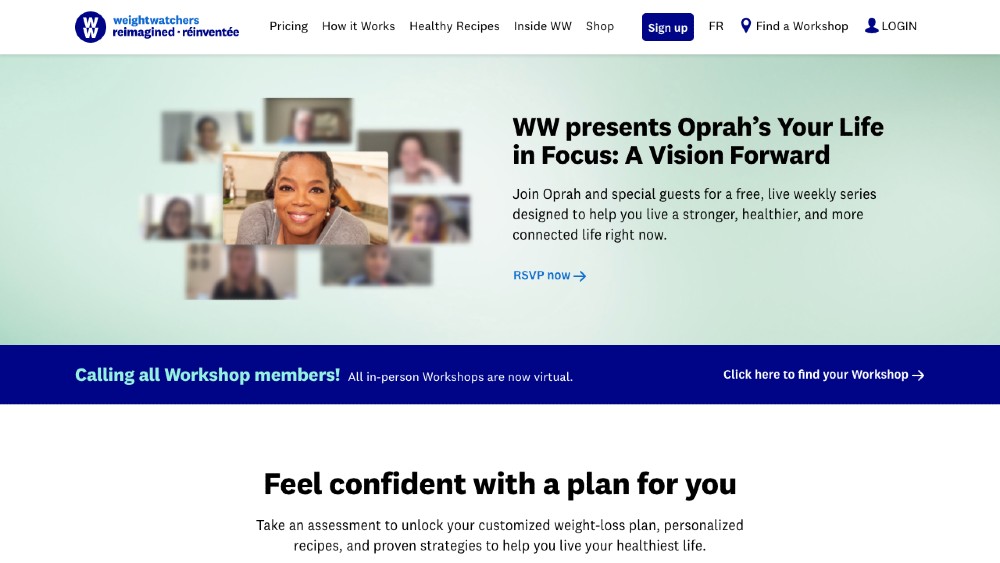 WW International, formerly known as Weight Watchers, fired thousands of employees on a 3-minute phone call on Thursday, May 14. The call was muted so participants could not ask questions. Employee emails were closed by the weekend.

It is unclear exactly how many employees were let go, with some reporting up to 4,000. WW has declined to report the number. Laid off employees were both part-time and full-time. Some had been working for WW for more than a decade.

WW has been slowly shifting its services online, including building a comprehensive app for users to track their food. Founded in 1963, the weight loss company has come a long way from paper-and-pencil weight tracking. In 2018, the company changed its name from Weight Watchers to WW, adopting the slogan “Wellness that Works,” in a move to fully embrace the trendy wellness and self-care movements that have gripped younger audiences.

CFO Nick Hotchkin said, “It wasn’t practical to have all of the conversations be one on one.”

WW has staked its claim on empathy. They have cultivated a community of people motivated to lose weight, and support others on the same journey to also live a healthier lifestyle. Many WW employees are former customers who were so committed to the mission they wanted to join the community as a coach or meeting leader. The company offered many part-time roles that fit the schedules of full-time mothers, their primary demographic of clients from its inception.

Firing swaths of employees over Zoom calls is the latest form of cruelty in the employment chaos that the coronavirus pandemic has inflicted on the economy. But companies can make choices – especially international mega-companies that bring in more than a billion dollars in revenue annually.

Has WW no sense of irony? Just two days before this call, WW announced a free, four-week virtual experience led by Oprah Winfrey, a WW investor, client, and champion.

“Now, it’s more important than ever to be and stay well and strong. Together, let’s reset, refocus and find clarity in what matters most,” Oprah said of the program. Apparently, thousands of employees are not considered an asset to the togetherness of this occasion.

Of course, WW like many other companies has a right to let go employees in anticipation of changes in business. But if caring for your employees, and conducting layoffs with empathy, grace, and compassion is not on the list of “what matters most,” then WW is sorely lacking mission alignment. It is severely disappointing to see a company driven by a compassionate mission act in such a callous way.

Facebook staff now remote – but move away from the Bay, and pay gets cut