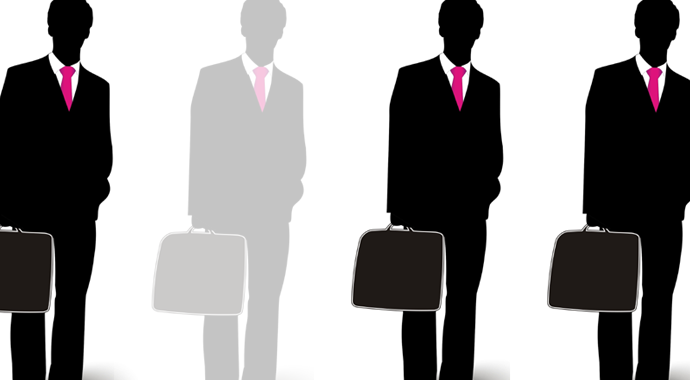 A bad economy has led to expansion and contraction

The Council of Economic Advisors (CEA) and LinkedIn partnered this year to investigate the evolution of the economy over the last five years to determine which industries have expanded and which have contracted during this recession by examining growth rates in industry size.

Job gain and loss by industry 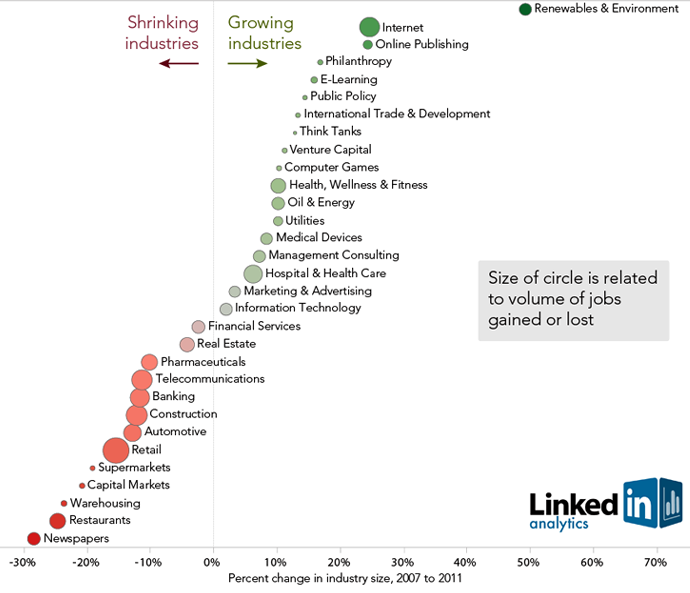 Not only were percentages examined, but they looked at the volume of job gains and job losses by industry as shown in the chart above, indicating that despite a recession, the largest circles above imply the largest volume of employment growth, led by internet jobs, health care (hospitals, health, wellness, and fitness), oil and enger, as well as IT and renewables, while retail, construction, telecommunications, banking, and automotive had the largest volume of job losses between 2007 and 2011.

Additionally, the companies reported that industries changed size as depicted below, with some wild swings in various industries, with IT, marketing & advertising, computer software, and insurance are the largest industries that fell heading towards the end of 2009 (which LinkedIn calls the end of the recession), but in 2011 are at or above their 2007 employment level. Financial services is starting its recovery and real estate appears to have bottomed out. Several industries such as newspapers, supermarkets and telecom have continued to shrink 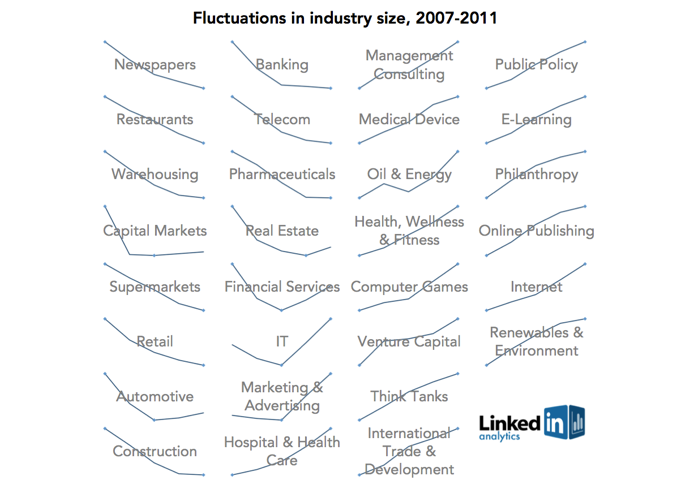 LinkedIn says, “These are fascinating and important data points that allow us to better understand the economic world, and it’s just a hint of what we can see by scouring the “data exhaust” of 150+ million LinkedIn members who share information and insights with each other. It was exciting to be able to work with the CEA on this project, and expect to see more of this from us in the future. Helping people better understand how their skills fit into the broader economic context is something that we are well-suited to do and we would like to provide more of to our members.”

In this article:Economy, employment, linkedIn, Workforce