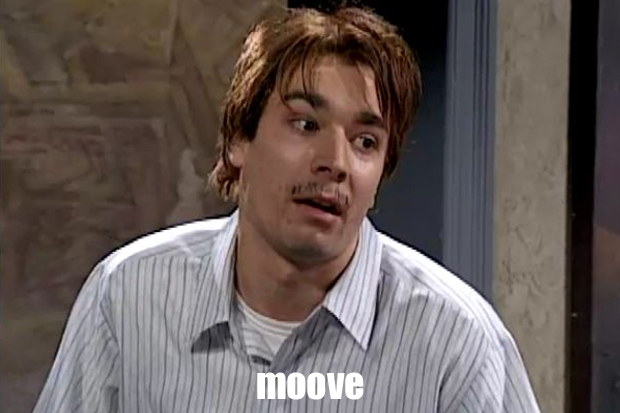 The meaning of life via technology

(AGBeat) – Since the first of the year, I’ve dealt with a fried hard drive, settin’ up a new TV/DVR, and hookin’ some new goodies to my office’s wifi network. Along with those relatively minor to-dos I’ve also been in the serious ramping up phase of some marketing. This entails a new website, and some medium to major remodeling of an old site. It also includes resurrecting consistent direct mail, something I did for nearly two decades, but not for several years.

The mailings necessitates dealing with some serious data suppliers, which ultimately has been pared down to one. Two schools of thought — Do it yourself — OR — Call the guy. As I often declare without shame, I’m President for Life of TechTards Anonymous. I make no bones about it. I know what I know about high-tech electronic equipment. It mostly ends with call the guy. The new TV? The guy set it up, handed me the controller, and wished me a good day. Took him about 10 minutes to make everything work perfectly. Much obliged. I woulda spent an hour cussin’ at inanimate objects then ended up with results far inferior.

The importance of results

How important is it to you that the results be superior? There’s a difference between makin’ your own basement bookshelves, and doin’ something that will directly impact what you do for a living.

The office equipment? Gimme a break. Tried it myself, which was stoopid. I figured, just like most of us do when launching into a DIY project, ‘How hard can it be?’ Try impossible. After several lame attempts, I decided to return it, and buy a different brand. How did I know to do this? I called the guy. He figured out the problem was the machine itself. Anywho, back to the new one. This time I reverted to my Call the Guy theology.

It was in the box when Steve arrived. 30 minutes later the office was as modern and up to date as it’s ever been. Everything, without exception is wireless now. It’s the answers to the questions you never knew to ask that come back to bite you.

The direct mailings are being headed up by another guy. Yeah, I do have experience there. But since he’s been responsible for puttin’ out over a million pieces a month in another life, I made a courageous assumption that he knows more than I do. Hey, it was a judgment call. I’ve already learned more from this guy in a few months than I did in over 18 years of direct mailing. Very successful direct mailing, I might add. I’ll report on that project when I have something to say.

My websites? The guy I called to run my own blog operates under one all-encompassing executive order. When it comes to my blog, I’M IN CHARGE when it comes to writing posts and pushing ‘publish’. He’s in charge of everything else. It’s worked out just fine, thank you. One day, he told me, pretty casually, that the design of my blog needed to be changed, along with the updating of what version of WordPress I was using. ‘Great, let me know when it’s done.’ It is virtually seamlessly. The new site is finished and toolin’ itself up. Should be producing some time in the next 2-4 weeks or so. I called the guy.

My role in the process

Told him to get it up ‘n running without any input from me, except for anything he needed to know about real estate investment, which the site is about. We both knew exactly what result we wanted from the site. It wasn’t complicated — the result, that is. Getting there? I don’t know, and I don’t care. It’s not what I do. I don’t need the satisfaction of tellin’ folks ‘I did this’ while proudly pointing to the finished product. I’ll report on this project too, but not ’til it’s had some time to produce.

So far this year, and February’s not over yet, I’ve easily saved hundreds of man hours by calling the guy. But forget the saved hours, I’m about results, period. My results would’ve been shameful, relatively speaking. In other words, hundreds of wasted hours put towards producing little if any of the desired results. Yet, this is what so many of us do with parts of our lives which cannot stand much failure.

Think about all the folks within shouting distance of their retirement. For the last 20-40 years, they’ve been planning it. It’s been my experience the last few decades, that most retirement plans are 75-100% DIY. Yet most don’t give that reality a second thought. Well, they do, but typically a year or two before their scheduled retirement — which won’t happen on time — if it EVER does.

Setting aside the only acceptable reason for the DIY approach, lack of funding, the litany of excuses are almost always more pitiful than the results our own efforts have produced. What convinces us to take the DIY approach when it’s simply not what we do professionally? Is it false pride? Is it ego? I know that whenever I’ve created another Keystone Kops situation from a silly decision to do something myself, it’s almost always been due to ego. Yet when the smoke clears, the ego has taken thrice the beating cuz now everyone can see what a dunce we’ve been. We need to learn, sooner rather than later, to get over ourselves and just… Call the freakin’ guy.

Photo above is a screenshot from the SNL sketch, “Your Company’s Computer Guy.”

In this article:Editorial, Real Estate