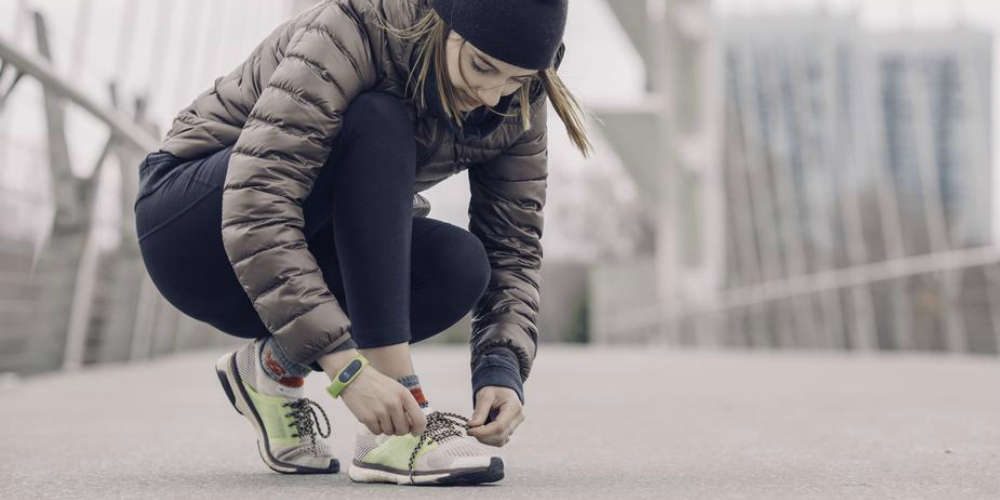 We are now done talking about unemployment.

Read also: Study says video games are to blame for unemployment. Err, no.

I’m something of an expert, alas. I hit the job market in 2008: with an English degree. My timing could have been better, What I’m saying is like a lot of millennials, I have long stretches of “un” and underemployment under my belt, and like a lot of millennials, I don’t want to talk about the subject. No, not because it’s uncomfortable, but because it’s the new normal.

Career hopping, changes in direction, and the permanent job seeker will be the hallmarks of HR for the foreseeable.

Professionals in every field should expect to have several jobs and indeed several outright changes of career over the course of their lives. We are all in a permanent job hunt now, because the alternative is outright joblessness.

There is no security. Welcome to the precariat.

That being the case, when you treat all jobseekers like teenagers fresh from the dish pit and up for anything better, it just makes you look like a moron.

Enter Edelman, which has, I swear to *Insert Deity Here*, made an online flipping scavenger hunt part of its hiring process.

First, clearly the most important consideration here: if I’m unemployed, I have time for way better games than that. Team Fortress is free, you guys, and frankly, it’s a better job prospect.

Second, seriously, this is contemptible. I get that HR is scrambling to deal with the new precarity of the hiring pool (not as much as the actual pool, but I try for empathy) and anything that transcends the resume stack and the round file might sound like a good idea.

But this is how you turn a would-be employee into a klaxon to every person in their network to never, ever, work for you.

Everyone in the next 50 years will spend some amount of time between jobs. It’s going to be one of the most important socioeconomic questions we address in the 21st century.

This should go in textbooks for how not to do it.

Treat your prospective employees with respect. The same article includes an instance of that very thing: Byte London has put together a chatbot that answers questions would-be applicants might have about their opportunity of choice. Increased transparency, professionalism, and a system that, despite being based on a robot, treats applicants like people. That’s how you handle a marketplace where a 20 year old graduate and a 55 year old semi-retiree might be looking for the same job.

Go forth and do likewise.

And for the love of *Insert Deity Here*, trash the &@$# scavenger hunt.

Do or die: there’s a store monopoly and Amazon’s the only option left?

Having trouble remembering names? Make a game out of it

(EDITORIAL) Women-owned businesses make a huge impact on the U.S economy. They make up 42% of all businesses, outpace the national growth rate by 50%, and hire billions of workers. 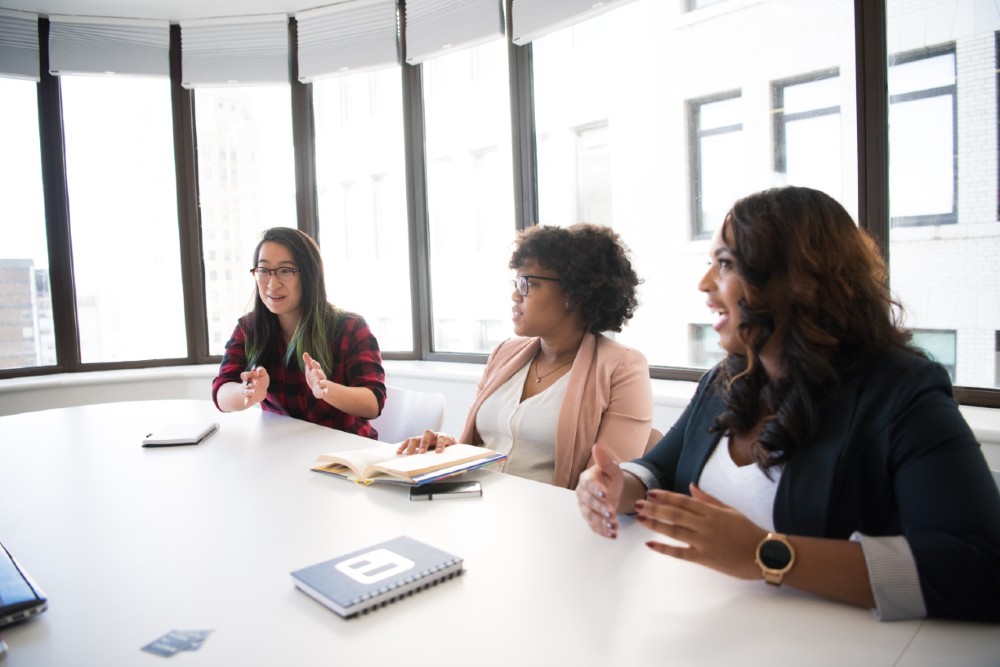 Women entrepreneurs make history in the U.S as female-owned businesses represent 42% of all businesses, while continuing to increase at DOUBLE the national growth rate!

Women are running the world, and we are here for it! The 2019 American Express State of Women-Owned Businesses Report, states 13 million women are now self-employed entrepreneurs. From 2014 to 2019, women-owned businesses grew 21%. Think that’s impressive? Well, businesses owned by women of color grew 43% within the same timeframe, with a growth rate of 50%, and currently account for 50% of all women-owned businesses! Way to go! What this also means is that women employ over 2.4 million workers who together generate $422.5 billion in revenue.

What can we learn from these women that’ll help you achieve success in your businesses?

Many of these women found ways to use their passion to drive their business. It may not be exactly what they thought it would be when they started out, but is it ever? Everyone has to start off small and rejection is part of the process. In fact, stories of rejection often serve as inspiration and encouragement to soon-to-be self starters.

Did you know J.K Rowling’s “Harry Potter” book was turned down TWELVE times? Seven books later with over 400 million copies sold, the Harry Potter brand is currently valued at over 15 billion. While you might not become a wizard-writing fantasy legend like J.K Rowling, you sure as heck can be successful. So go for it, and chase your dreams.

If you want to support women-owned businesses, start by scrolling through Facebook or doing some research to find women-owned businesses in your community. Then, support by buying or helping to promote their products. Small businesses, especially women-owned, black women-owned, and women of color-owned, are disproportionally affected by the current economic crisis ignited by a health pandemic. So if you can, shop small and support local. And remember, there’s a girl (or more) doing a happy dance when you checkout! 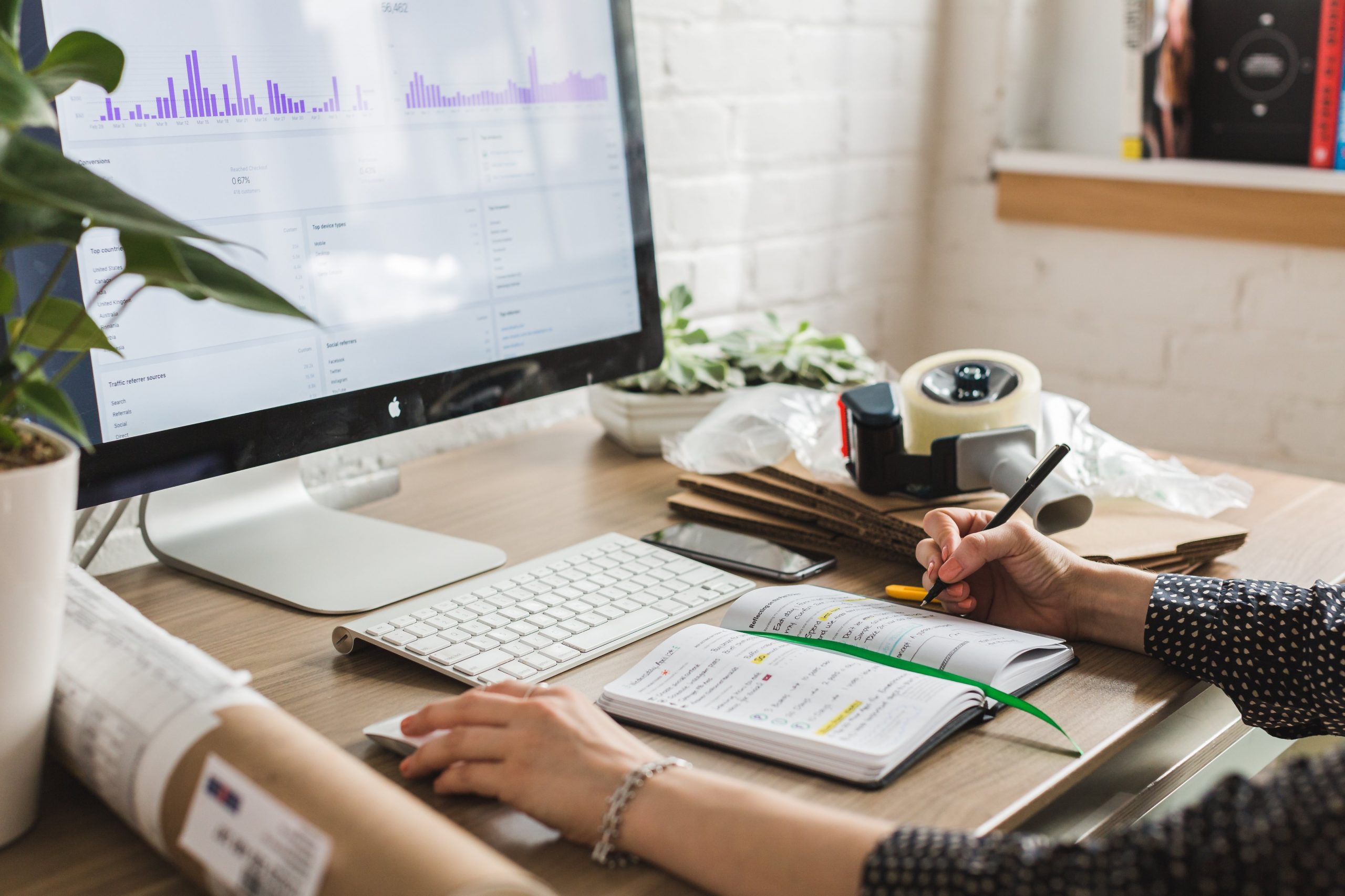 Having a website for your business isn’t enough. If you want to grow your company, you need to maximize this digital asset by increasing user engagement. The question is, where do you begin?

Launching a website is one of the quintessential first steps in building a business. It’s a new company’s way of saying, “We’ve arrived! See, we’re legit!” But the problem is that very few entrepreneurs and business owners know anything about building websites. So they use a drag-and-drop web builder to throw a few elements together and develop a site in a few hours.

Simply having a website isn’t enough. If it’s only a placeholder for your brand, you’re missing out on an opportunity to reach people and move them from awareness to purchase. You don’t need a website – you need an engaging website.

What is user engagement?

“Put most simply, user engagement is when visitors to your site appreciate your content enough to stick around, absorb, and convert,” web design and UX optimizer Rob Wells writes. “Most importantly, when user engagement is high, you’ll find that your audience becomes more loyal. You’ll notice more return visits and higher conversions, because your website simply works.”

Signs of high user engagement include reading and absorbing content, organic comments on blog posts, social media shares, watching videos, above average time on site, high click-through rates, and low bounce rates. We’ll tell you more about how to achieve these “wins’ in the following section.

Every website developer, marketing guru, and entrepreneur has their own formula for boosting engagement, but there are a few tactics that everyone can agree on. If you want to see immediate results, start by doing the following:

Transform your website from a branded placeholder into a powerful, lead generating asset that procures leads, and converts them from curious visitors into profitable lifelong customers. This process can take time, but you have to begin somewhere. Start by leveraging the tips in this article and analyzing the data. Based on the numbers, you can optimize, iterate, and improve over time.

(BUSINESS NEWS) Americans must come together on a new social contract if we have any hope of permanently reopening the economy and saving lives. 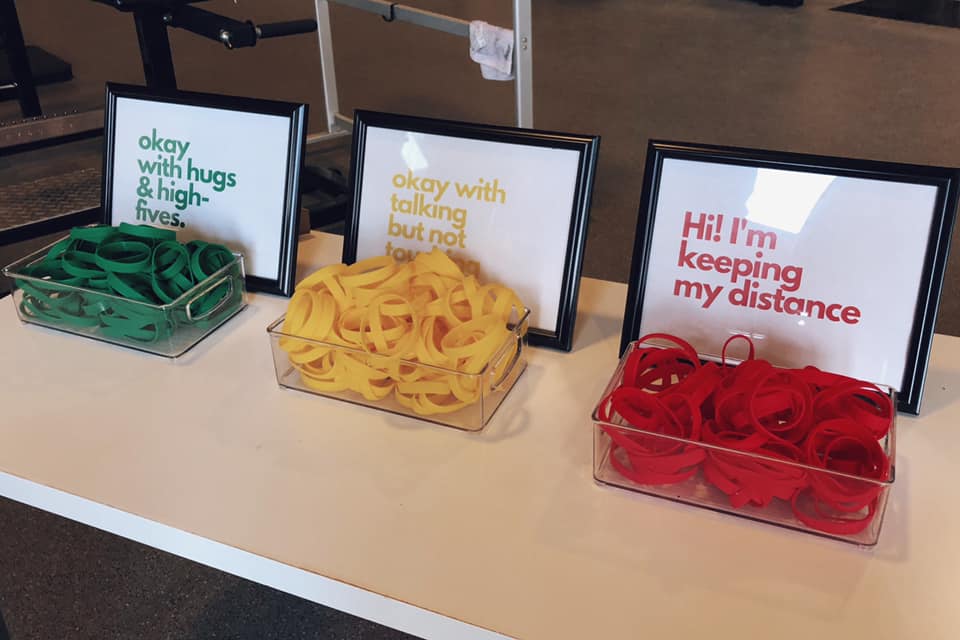 A church in Texas used a stoplight color-coded wristlet system to help churchgoers navigate the new social awkwardness of closeness. Those with green bands are comfortable with contact including high fives, yellow bands indicate someone who wants to talk but not touch, and red is for someone interested in keeping their distance altogether.

In pre-pandemic America, basic social cues were sufficient to communicate these feelings, and most violations of them were annoying but not harmful. We now live in a world where daily banalities like grocery shopping and shaking hands with a new acquaintance are now potentially dangerous – for you and those you care about.

So what is the way forward?

Humans are social beings, and much of our survival is reliant on our relationships to, and interactions with, other humans. A way forward is critical. But our brains are trained to find and read faces in an instant to assess emotion and whether that emotion indicates a presence of a threat.

Not only has this pandemic challenged our innate notions of community and safety, the scientifically healthy way forward is to cover most of our faces, which is staggeringly counter to our understanding of a threat. It is now impossible to tell whether a sunglassed-masked stranger walking into a restaurant is a robber or just a person who was walking in the sun.

But because we are humans with large brains, we are able to adapt. We are inherently compassionate and able to emotionally understand fear in others and ourselves. We are able to understand both science and social grace. In this case, the science is straightforward but the social grace is not.

Governor Abbott of Texas announced the second closure of bars and reduction of capacity in restaurants last Friday in response to the dramatic increase in coronavirus cases statewide. During the press conference he said: “Every Texan has a responsibility to themselves and their loved ones to wear a mask, wash their hands, stay six feet apart from others in public, and stay home if they can.”

It is this shared responsibility that we must first embrace before any meaningful reopening can proceed.

We must accept that for the indefinite future, we have a new normal. We have to adapt to these new social codes in order to protect ourselves and our neighbors. Color-coded bracelets, masks, hats, choose your accessory – this could be a way forward.

First, we must agree these measures are necessary. And we shouldn’t take them because a politician told us to or told us not to – many people feel that our government has failed to provide us with coherent guidance and leadership considering a broad social contract.

We should adapt them because if you are not free, I am not free. We can do this together.