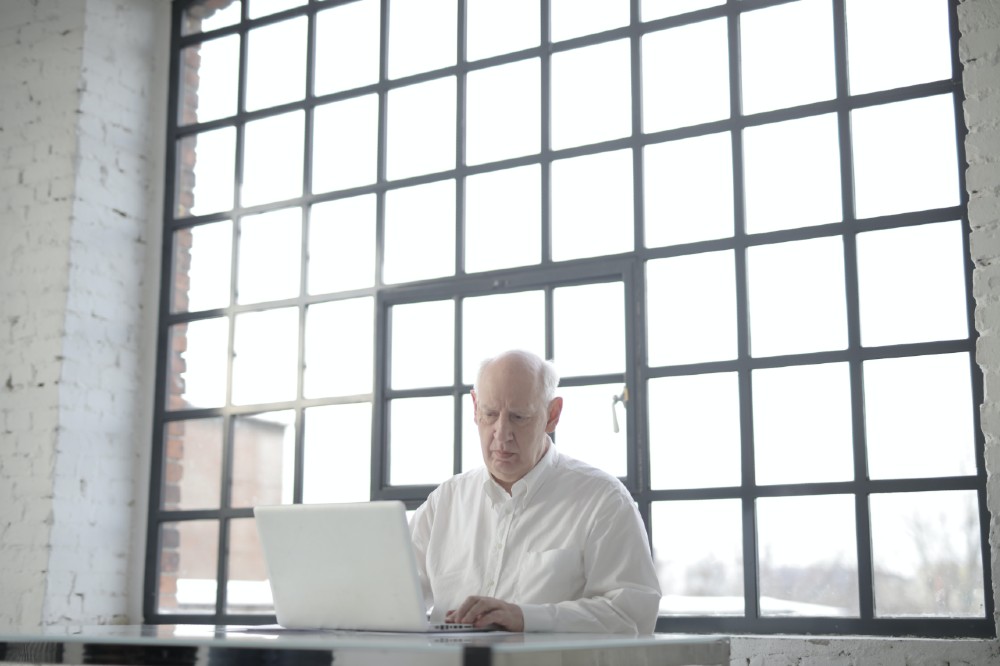 Remember email chain letters circa 2002? It was perhaps the predecessor to the meme, where people would receive long emails with jokes, riddles, astrological advice, conspiracy theories, and other Internet-inspired nonsense? Well, they’re back. Or rather, they never left the email ethos for those born roughly 1944 to 1964.

I’m talking about Boomer.email. Boomer.email is the latest provocative content by MSCHF, a Brooklyn-based web-cult of pithy Internet nerds that may or may not classify themselves as a company.

MSCHF creates a new “drop” every two weeks of something completely out-of-pocket and weird, with the aim of producing social commentary prioritized over profit. Their most famous antic was probably the 2019 release of Jesus Shoes – custom Nike Air Max 97s shoes containing holy water from the River Jordan in the soles. The group, which is 90% male and 100% Millennial and Gen Z, produces a “portfolio [which] may amount to a very successful string of viral marketing campaigns, a series of jokes or something like art.”

Boomer.email, according to the website, is “a weekly newsletter where we forward unhinged email chains sourced from thousands of real, anonymous boomers.” The categories are Memes, News, Politics, and NSFW (Not Safe For Work). Email samples include a series of memes with Donald Trump’s face photo-shopped over images of Queen Elizabeth II, a long explanation of the conspiracy theory that China exported the coronavirus as biological warfare, and a supposed telegraph exchange between General MacArthur and President Truman where Truman defines political correctness for the general in order to mask prevent his Japanese racism from reaching the press. The exchange ends with a BUILD A WALL image and the text “Secure The Border” and “Make America Safe Again.”

All published emails are anonymous. Anyone can forward an email to ok@boomer.email.

If the goal at MSCHF (try pronouncing it, and you might get the name of the company, which I at first thought was a clunky acronym) is simply to create social commentary, it’s working. The emails are drawing praise and scorn from every corner of the Internet. Check out the following sound-bytes from articles reviewing the content:

“There is as much hilarity in the Boomer.Email newsletter as there is just pure sadness that a generation that gave us so much in the way of technology, infrastructure and wisdom has relegated itself to no much more than the brunt of jokes based on their ill-informed and quick-react emails.” (Forbes)

“Check out the website to read the first week’s emails in full or sign up to receive further newsletters for more evidence of how [expletive deleted]ed every younger generation will continue to be for at least a few more decades.” (AV Club)

“Unfortunately, many [boomers] don’t think to fact-check their personal emails. And if boomers can’t grasp documented history — which they lived through — with accuracy, it’s easy to understand why MSCHF, along with a majority of their millennial and Gen-Z cohorts, are so anxious about our future.” (New York Post)

Shaming an entire population of people whose only common trait is their decade of birth is shameful and hypocritical. If Millennials don’t want to be pegged as collectively lazy and entitled, we should not be developing newsletters that paint Boomers as collectively ignorant and politically harmful.

Of course it is important to shine a light on injustice – there is no room to condone content that is downright bigoted (see racist examples above). As Dr. Martin Luther King Jr. once said, “Injustice anywhere is a threat to justice everywhere.”

But when we are done clucking at the Internet-fueled ignorance of anonymous Baby Boomers, we must recall that civic engagement, productive discourse, and voting for our representation are far more effective and necessary tools for change. When we recall that Boomers are our relatives and colleagues — and if you are a Millennial, probably your parents – are Baby Boomers, Boomer Email presents us with an opportunity. It behooves consumers of this content to be critical, and take the opportunity to fact-check and start dialogue, rather than waste time simply mocking generational fodder.

In this article:boomers, Editorial, The News