It was at the Ohio Association of REALTORS® Annual Convention and Expo that the idea really began to gain legs.

Sitting around the lounge enjoying adult beverages with agents from all over the state, the various brokerages and what they offer became a key topic. And as a relatively young – in terms of license life — agent I began to see “what I was missing” in my small independent brokerage.

I enjoyed the work I was doing, but felt that I was missing out on something. Something, that I was finding these other agents seemed to have – education and support. I walked out of the convention preparing myself to explore changing brokerages.

It was a long journey, but effective a few weeks back my license was transferred from Disbennett Real Estate Company to Keller Williams The Realty Firm. Let’s explore the road …

As I drove away from the Columbus Convention Center, my mind raced with the new information I’d absorbed – but also my new found understanding of how the “real estate game” worked. And I made the decision right then and there, I was going to become an active player.

Knowing that my small-town community, and the agents that worked it, was not a good place to be looking for a new broker. I relied on connections that I’d made through Twitter and Active Rain to develop an understanding of the national companies.

Going through the process, it became obvious that I wasn’t very interested in the “traditional” brokerage model. I’d been in that model and wasn’t finding any companies that could merge my desire to be independent with the need for education and training in this model.

And while the “full-agent” model (i.e. ReMax) was interesting, I lacked (and still do) the resources to survive until the market bounces back. Not to mention the limited support – education and training wise – that these companies are known to provide.

It was weeks of debating and dissecting the options that were in front of me. Two companies – HER Real Living and Keller Williams – emerged as my best fit. However, with the loss of my father and a pick-up in my listings I decided to sit tight at Disbennett.

The recruiting calls slowed down, but in December I was named the Delaware County Board of REALTORS® Rookie of the Year. And it was at that point that the interest stepped up in earnest from other brokers, agents, and companies.

Never one to look a gift horse in a mouth, I sat down with the companies and talked about my options and the benefits of moving from Disbennett. Again, the same two companies emerged as the best fit for me and my business model.

I found myself comparing and contrasting the three companies, and a couple of key points emerged.

I sat down and compared and contrasted the three companies and it quickly became evident that a move was in my best interest. And it appeared that one company was really taking the lead — Keller Williams.

I don’t do anything hasty – well except for those darn Roger Butcher videos that still torment me from the shelf – but once I make a decision, I want action.

It was torture to know that I was putting this ball in play and not able to talk about it. It was really cool to talk with my sellers and hear:

“We didn’t hire Disbennett, we hired you. So I’m coming with you.”

I was honest and up-front with my old broker about the reasons for the change and my personal need to grow to take this business to the next level.

It has been a whirlwind of a couple of weeks – but finally is starting to get back into the routine that will lead to more sales and a much happier wife!

Was it the right move?

I’ve had several people ask me this and while it is too early to tell, the early odds are yes.

In this article:Brokerage, Real Estate 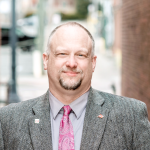