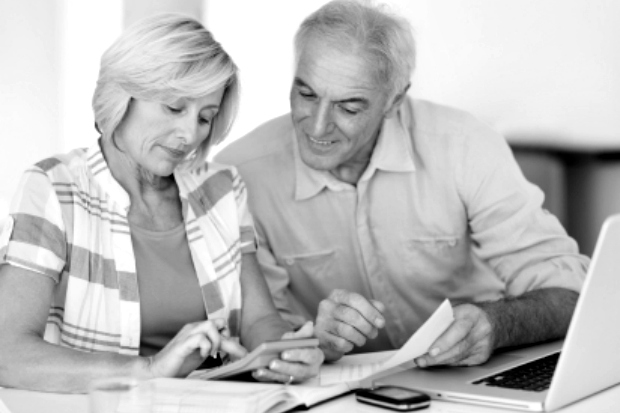 A “must achieve” goal

This time of year brings out the planning demons in most of us. Our jobs, hobbies, family, even our bodies. If there’s a goal, at least if there’s a serious goal, there’s a plan of some kind. We all pretend that every year on February 14th, love is in the air. It’s also the day most people realize they’ve ignored many if not all their goals, and the plans to attain them. This, even though they were the architects of both the goals and the plans.

We pretty much know, though, that the things we make happen are the ones for which we hold no ambiguity. And yet . . .

The one goal virtually all of us view as a ‘must achieve’, is retirement.

The average American man reaches his 58th birthday with, give or take, around $60,000 in their job’s retirement plan. Betcha that inspires confidence. Think that’s bad? Women are pretty much in worse shape. It comes from thinkin’ that the government, or your employer, or both, have your best interests at heart. That they have a plan to generate a superb retirement for you.

Beginning with Boomers as the prime target initially, the 401k and IRA were created. They were slickly marketed with a campaign touting tax deferral, and visions of huge piles of stored earnings, warehoused for Boomers’ abundant and richly deserved retirement. Here’s how it works, by definition. This assumes there are never any 2008s in the picture, a fantasy if ever there was one.

For 25-40 years, the taxpayer pays a chunk of their earnings to the ‘qualified plan’. In return for this wise decision, they’re given a tax break. For every dollar they divert into the plan, that amount is no longer counted as income, that year — and not taxed. How cool is that?!

According to the consensus, it’s very cool indeed.

Take the couple who put in $10,000 a year, every year, for their entire working lives. Let’s say they make roughly 5.25% annual yield for 35 years. Every month, month in and month out, they dutifully fork out $833.34 as a team. They arrive at retirement with around a million bucks in their plan. They’re set, right?

You tell me. The bottom line principle here, is that the government’s plan grants tax deferment on relatively small sums — in the hard working years leading to retirement. Typically $5-14,000 annually. But when the taxpayer hits retirement, they’ll be paying taxes on 4-12 times that much every year. Furthermore, even if they produce a yield more than the 4% financial planners typically tell them to expect, that’s a lousy $40,000 a year — before taxes — state and federal.

In plain English, government baited the hook with tax breaks on amounts roughly 1/5 – 1/12 of what they’ll be collecting from you upon retirement. Geez, hurry up and tell me where I can sign up for that smokin’ good deal.

Oh, and that 4%? Quote that yield to retired folks today, who, as of last Friday were gettin’ less than 1.9% on a 10 year government treasury. Can’t find those people? They’re easy to find. Just go to the nearest Wal-Mart. They’re the ones with the big smiles, welcoming you.

The only reason ‘qualified plans’ exist in their present form, is to ensure the government maximum tax dolllars when your generation reaches retirement. Guess you might say, it’s Uncle Sam’s retirement plan, not yours. You save around $60-100,000 in deferred taxes. They usually get that much from a successful taxpayer/investor (401k) in the first 5-10 years of retirement. In other words, you gladly agreed to save yourself a buncha pennies in taxes each year for 25-40 years, for the privilege of paying a buncha dollars every year you’re retired. Ouch.

Then there’s your employer’s motivation

First off, shed any notion you might have about their noble intentions when it comes to the quality of your retirement lifestyle. They’d hafta climb three rungs up on the ‘I care’ ladder to reach apathetic. No, retirement plans for their employees is purely a matter of not having to fund generous pensions, as they did for so many generations up ’til around 1980.

Sure, they do the matching thing. But compared to funding pensions for all their full time, vested employees? Gimme a break. This begins and ends with limiting their costs, which, by the way, I’m all for. The government handed the gift that never stops giving with ‘qualified plans’, which was a sea change in our culture. It took retirement planning from the employer and thrust it upon the employee, making all of us responsible for our own post employment lifestyle. Again, I’m all for that. Being responsible for our own lives is what America is all about.

But the government, with the too willing help of employers, presented it as something it obviously isn’t. If it was so effective, why aren’t there millions retiring well, living more than comfortably off the income generated by their robust 401k’s?

Of course, all the preceding begs the question, doesn’t it?

Before we continue, I challenge the reader to conduct a search through the month of January. Find just one retired couple who’s living the retirement for which they worked so hard the last several decades — from the fruits of their 401k or IRA. You be the one to define what a ‘solid’ retirement is. Fine just one couple.

The moral of the story

Take your own after tax money. Generate your own retirement goals and a Purposeful Plan to get you there. Use real estate as your primary, but certainly not your only vehicle. Stop relying on the bait ‘n switch, ‘we gotcha covered’, ‘you don’t hafta do much’ plans provided by a loving and caring government and employer.

Or, simply ask yourself: How’s it been workin’ out for Americans lately?