Entrepreneurs interested in business opportunities in legal marijuana now have two parties’ worth of allies backing them up. Since the January inauguration of President Trump, serious concerns have arisen for medical and business interests looking to invest in legal cannabis.

The President himself has been mum on the subject, but Attorney General Jeff Sessions is a passionate opponent of legal marijuana, even for medical use – last month he personally asked Congress to allow federal prosecution of marijuana cases, including cases of solely medical use, even in states where marijuana is legal; Jeff Sessions really, really doesn’t like marijuana.

White House Press Secretary Sean Spicer has stated that states should expect greater enforcement of the federal ban on the substance.

Fair dues – there is a federal ban on marijuana, and it is the job of federal law enforcement to, yknow, enforce federal laws. Per federal law, marijuana is still a Schedule 1 drug, right up there with heroin and MDMA, “no currently accepted medical use and a high potential for abuse.”

On the other hand, there’s a ban on the ban.

In 2014, the delightfully named Rohrabacher-Farr Amendment to the Controlled Substances Act went into effect, banning federal law enforcement from using funds to interfere with “State laws that authorize the use, distribution, possession, or cultivation of medical marijuana.”

It’s been a month and change since AG Sessions’s request to ignore or overturn that part of the law, and there’s already bipartisan opposition.

Rand Paul, Republican, neurosurgeon, former Presidential candidate and current senator from my own fair home state of Kentucky, has joined forces with Democratic Senators Cory Booker of New Jersey and Kirsten Gillibrand of New York to put together the Compassionate Access, Research Expansion and Respect State (CARERS) Act, which would amend the Controlled Substances Act to allow for manufacture and sale of medical marijuana in states where local law allows for its use.

Per a February Quinnipiac poll, 59 percent of Americans support legalization of marijuana, with that number rising to 93 percent for medical marijuana available by prescription. 93 percent is a mindboggling number.

Fluffy kittens don’t get 93 percent approval in a nationwide poll.

Policy change comes slowly and strangely. But the plain fact is that America is in favor of medical marijuana, which is what the CARERS Act moves to legalize. That’s the second word: “legalize.” The CARERS Act goes one big step beyond Rohrabacher-Farr. Rohrabacher-Farr (that’s just fun to type) is a limit on enforcement; it restricts federal involvement in the marijuana issue on the state level, but doesn’t change marijuana’s status under federal law.

The CARERS Act would actually decriminalize a category of marijuana use at the federal level.

That would be a first since the passage of the Controlled Substances Act, and, maybe more importantly, a legal foot in the door for everyone interested in helping people, making money or both with legal cannabis. The CARERS Act would, for the first time, establish at the federal level that there’s such a thing as legal, acceptable marijuana use. From that point, it’s a debate over what that use can be. For anyone with an interest in legal cannabis, that makes CARERS a very big deal. 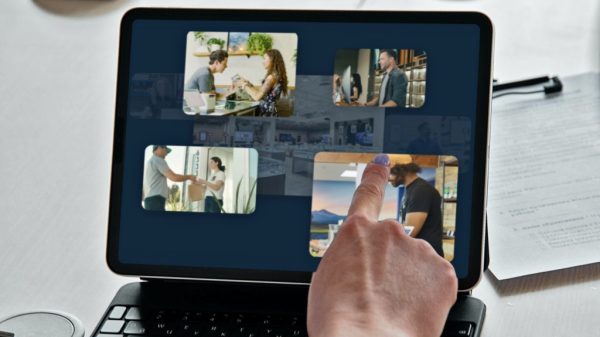