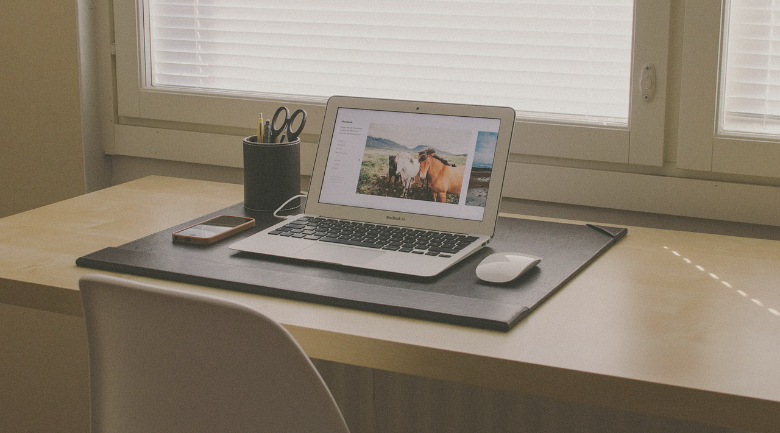 A change of scenery is a great way to spark creativity and foster innovation. Whether you’re seeking a quiet sanctuary where you can focus or a collaborative coworking environment where you can brainstorm with others, two new digital products, Breather and SpareChair, want to help you find your perfect locale.

Escape the bustle of urban life by renting a private space for an hour or two using the mobile app Breather.

Breather’s mission is to help city-dwellers “find beautiful, practical spaces where you can work, meet, or relax.” Most Breather spaces are equipped with a desk, lounge area, and whiteboard, and some have additional features like flat screen TVs and conference tables. Spaces cost around $25-$75 per hour depending on the room’s location, size, and amenities.

If you need a space to meet with clients, or just an escape where you can focus and increase productivity, Breather will show you available spots nearby that meet your needs. Spaces can be rented for as little as 30-minutes, or up to a few hours, and all scheduling and check-in is done in-app, making it very convenient to book and unlock your perfect hideaway.

Breather spaces are currently available in New York, Boston, San Francisco, Ottawa, and Montreal. You can sign up for a notification when Breather comes to your city.

The hourly rate might be a little steep if you’re a freelancer who needs to rent space regularly, as some Product Hunt users have noted. However, it is a convenient way to reserve space on demand for occasional meetings or team collaboration.

SpareChair is an online marketplace where users can list or search for available coworking spaces nearby. The site features coworking spaces in cities across the United States, with detailed pictures and descriptions of each location and its amenities.

The work spaces listed on SpareChair range from traditional offices with standard desks, executive chairs, and copiers; to shared home offices in private apartments; to specialized workspaces like San Francisco’s Ergo Depot Design Studio, where coworkers can try out a variety of ergonomic furniture, such as height-adjustable desks and active-sitting desks. Some spaces can be rented for as little as $10 per day.

The website is currently in beta, and users must be invited in order to join. Fill out the form at sparechair.me to request an invite.

DataLion takes your data, makes it pretty, makes you money

Keep resolutions: Don’t call them goals, think of them as rules

Staff Writer, Hannah Anderson earned her B.A. in journalism from The University of Maryland. Her love of writing flows from her natural curiosity about the world and joy of discovering new places, products, and people.

Small businesses must go digital to survive (and thrive)

(BUSINESS ENTREPRENEUR) A study at Cisco reveals how digitizing small businesses is no longer optional, but critical to success, thanks to the pandemic.

As digital transformation efforts ramp up due to the COVID-19 pandemic, a new study released by Cisco has highlighted some key insights into how small businesses will need to adapt in order to survive in the “new normal.”

The study, conducted by International Data Corporation (IDC), analyzed more than 2,000 small businesses across eight different markets, including the United States, Canada, Germany, Mexico, United Kingdom, Brazil, Chile, and France. Using a four-section index to assess a small business’s digitalization efforts, the research found that 16% of companies said they were “thriving and feel their businesses are agile and resilient.” While 36% stated they were in “survival mode.” Regardless of where they were ranked in the index, the study concluded that 70% of firms were in the process of ramping up digital transformation within their company due to the coronavirus pandemic.

“The COVID-19 pandemic has exacerbated the digital divide that was already present in the small business market, and it is forcing companies to accelerate their digitalization,” said Daniel-Zoe Jimenez, AVP, head digital transformation & SMB research at IDC. “Small businesses are realizing that digitalization is no longer an option, but a matter of survival.”

The study also highlighted several challenges associated with digital transformation. The three biggest obstacles that businesses seem to face during the process were digital skills and talent, budgetary issues (lack of funds or previous commitment of funds), and cultural resistance to change. Despite these roadblocks, 45% of companies surveyed stated that they expect over 30% of their business to be digital by 2021. And 32% responded that they are planning on developing a digital strategy. This included investing in talent with the right set of digital skills moving forward.

Those decisions fall in line with Cisco and IDC’s recommendations. These include creating a three-year technology road map and building a workforce with the right skills to succeed in a digital world. Other suggestions include finding the right technology partner, and keeping up with industry trends. Leveraging financing and remanufactured equipment can aid with cash flow and budget requirements.

As small businesses continue to adapt to consumer behavior and the whirlwind of ever-changing rules that have come with the coronavirus, digital transformation will continue to play a major role in the post-COVID world. According to the report, if half of the small businesses surveyed can reach the second-highest tier of the index by 2024, those companies could end up adding an additional $2.3 trillion to the eight markets’ gross domestic product (GDP), contributing to the global economic recovery.

As we approach the six-month mark of the pandemic, just when and how the “new normal” will emerge is still uncertain. But there seems to be a light at the end of the tunnel for small businesses — even if it’s faint green and contains zeroes and ones.

(BUSINESS ENTREPRENEUR) You can’t spell ‘successor’ without success. In the age of COVID-19, are the two mutually exclusive to your ventures? 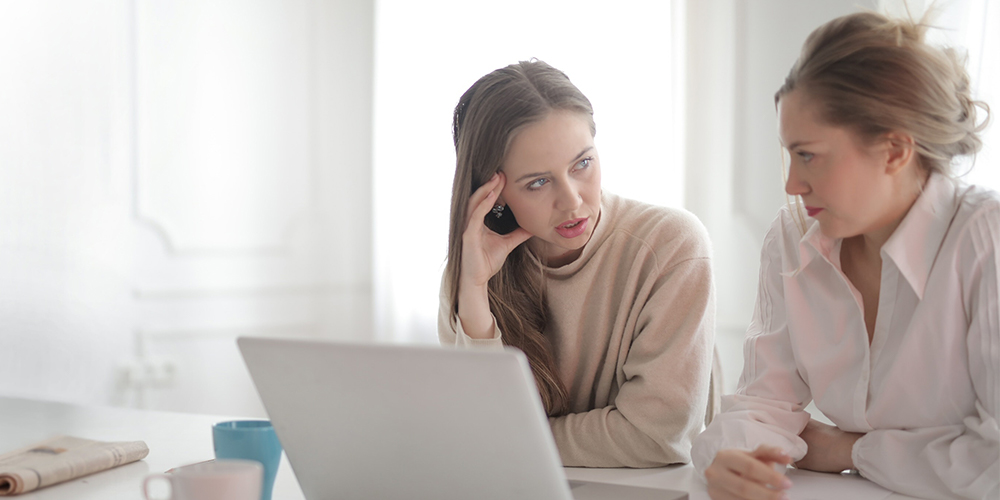 “Heir” is a weighty term. A fun pun, to be sure, through the beauty of English homophones. But seriously, unless you’re already 10% and up rich, talk of heirs and succession does connote a certain heaviness you may not be used to.

We expect to deal with familial succession. As eldest (assuming he doesn’t outlive me), I’m in charge of flinging Dad’s ashes into a nicer section of the ocean and distributing all of his Cosby sweaters amongst the sibs, and I take the role very seriously.

As a serial-small-business employee though, I’ve only just started wondering what would happen if my boss died. Of all the ‘lose your job’ scenarios I’ve had waking nightmares about, that one in particular only cropped up for me a year ago. And now, with the coronavirus taking up our attention, more business owners than usual might be wondering the same thing from the other side of the desk.

What’s going to happen to my employees if I’m too sick to work? Have I set things up so that this company can survive past me? Does at least one other person know the combination to the safes?

If your business is big enough to have employees and advisors on deck, these are questions you need to have answered… Preferably in written, notarized form to ensure smooth succession.

So where should you start? Probably with a good talk.

If you have a next-in-command standing ready, but don’t have a plan yet, let them know that if the inevitable happens sooner rather than later, that you’d like them to step in. A frank conversation about their future with your brand, and actually asking them if they feel up to taking the reins is a great place to start. Otherwise, consider your network— who you might sell the business to, and who might know someone who knows someone.

P.S. If your VP says they’d rather run off and sail the world if you got hit by an asteroid next week, please don’t hold it against them.

We all know that ghosts stick around because they’ve got unfinished business, right? Don’t let your literal business be the shade that haunts your team! Take a deep breath and get the ball rolling on THIS side of the dirt… Ouija boards can only do so much.

Not just for kids: 3 Rs to help your team cope with stress

(ENTREPRENEUR) The three Rs of child psychology, Reassurance, Routine, and Regulation, may also help your team and you cope with the added stress 2020 has wrought. 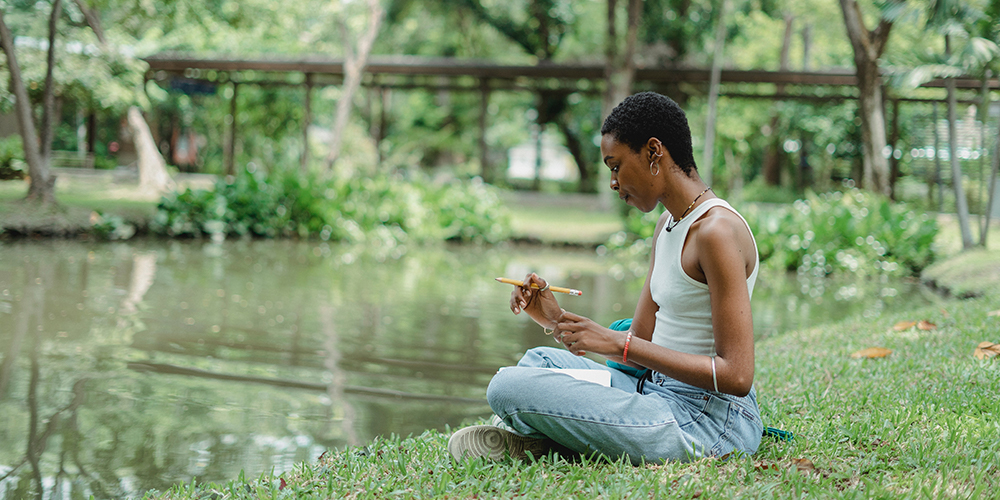 Yes, we all know 2020 was a massive dumpster fire. We are all still working to cope with processing the losses and fear this putrid year has brought with it. The three Rs can help you and your team better cope with stress, and our reactions to the hitherto unfathomable woes of 2020.

If you are a parent or work with kids, you may have heard of the new three Rs: Reassurance, Routine, and Regulation. If you don’t have or work with kids, why would you care? These three Rs can also help adults cope with the stress, grief, anger, and anxiety most of us are facing in 2020.

It makes sense that something that can work to alleviate children’s negative feelings during the pandemic may also work for adults. We may experience and process problems differently than children, as we run everything through the filter of life experience and what we know of the world and the way it works.

However, much of what we are seeing with the global pandemic is new to us, and we are stuck in the same boat as our children, restless, afraid, and wondering how we’ll pull through. Here are three Rs to help all of us cope with stress. If we take what Laura Santhanam of PBS NewsHour and Jessica Bartlett of Child Trends advised for children, and apply them to our own overwhelming concerns, we may begin to feel better. I’m all for anything that helps us feel better.

Here’s a rundown of the three Rs and how they can help you and your team cope:

Of course, feelings aren’t something we discuss much at work, as a rule. However, sending out information on resources available within your company can help your team regulate what they are going through. If your company pays for therapy as part of a benefits package, let them know. If you have set up a hotline or other helpful resource, let them know. Put together a list of helpful websites or organizations that can help with them access these regulating tools, or ask your Human Resources department to do so. You could even share this article, if you found it helpful. You may reach a team member at precisely the perfect time to help them through some heavy stuff.

While adults often consider themselves experts at dealing with our own feelings, again, way too many catastrophic events have gone down in 2020. As they say on the interwebs, this wasn’t on my 2020 Bingo card. We likely can all benefit from the three Rs. Give it a shot, because we all need to cope with our stress somehow.