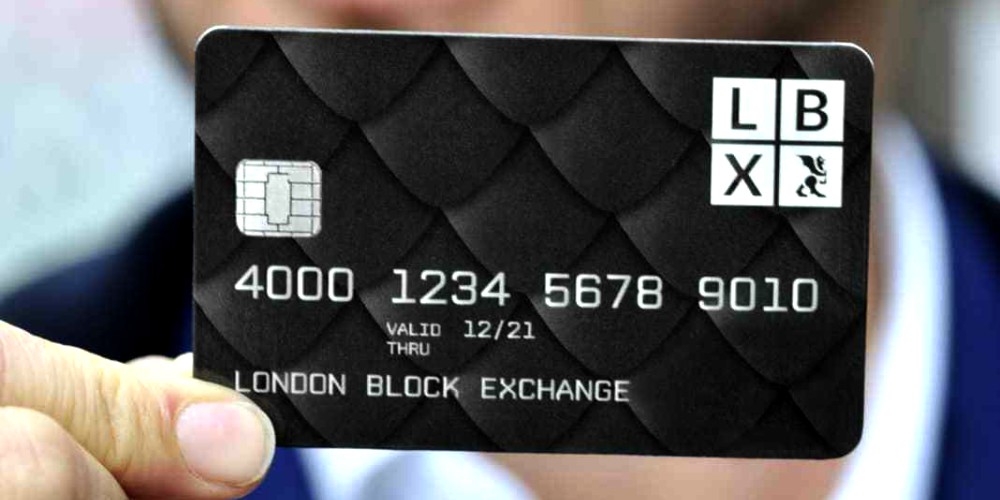 Bitcoin and other digital cryptocurrencies are becoming more and more like regular money every day.

A London-based startup would like consumers to be able to access cryptocurrencies and use them for everyday purchases in the same way that they use cash or a debit card.

In the next few weeks, London Block Exchange (LBX) plans to unveil their Dragoncard, a Visa debit card that will allow consumers in the UK to spend Bitcoin and other cryptocurrencies across the country, just as they would use a regular debit card (sorry, it won’t be available in America quite yet).

The card had been pre-approved by the Financial Conduct Authority. The Dragoncard app will allow users to use Bitcoin, Ethereum, Ripple, Litecoin, or Monero by converting these currencies to sterling. Other cryptocurrencies may be added in the future.

After making the conversion, users will be able to pre-load Dragoncard with funds. Dragoncard will be secured using the same systems as other UK bank cards.

Users will have to pay a one-time £20 fee, plus fees to withdraw from ATMs. When making a purchase at a retailer, the user will also be charged a 0.5% fee for converting the digital currency. LBX, rather than the retailer, will manage the conversion, which may help speed up the notoriously slow cryptocurrency transactions.

LBX’s CEO Ben Dives hopes to make cryptocurrency more “mainstream” by “removing the barriers to access, and by helping people understand and have confidence in what we believe is the future of money.”

LBX’s executive chairman, Adam Bryant, formerly of Credit Suisse, reiterated the idea that cryptocurrencies are the future. “We’re confident we’ll transform this market in the UK,” he said. He believes that LBX “will become the leading cryptocurrency and blockchain consultancy for institutional investors and consumers alike.”

LBX has opened pre-registration for the general public, but institutional investors must be invited.

Why are health insurance premiums higher in the healthiest areas?

(BUSINESS FINANCE) It isn’t the first time that China has tried to compete with the dollar, but the release of a digital currency has lead some economists to raise red flags.

For decades the US has been the world standard for foreign trade. As of 2019, 88% of all trades were being backed by that almighty dollar, making it the backbone of the world economy. However, China may be sneaking in something new for digital currency.

In the last few months, over 100k people were “airdropped” cold hard digital currency. This currency came from People’s Bank of China (PBOC), who has created a digital manifestation of the Chinese yuan. This is planned to run concurrently with its paper and coin playmates. Upon initial inspection, they resemble the same structure as Bitcoin and Ethereum. But there’s a major difference here: The Chinese government is the one fronting the money.

The suspected plan behind this is that the government plans to tightly control the value of the digital yuan, which they are known to do with the paper one as well. This would create a unique item within the world of cryptocurrency. Personally, I don’t think that any of this is going to go anywhere soon. Too many people still need hard currency but it does open up a unique aspect of currency that has only just started since debit and credit cards. It gives the government the ability to spy on its cryptocurrency users. Being able to monitor transaction flows can reveal things like tax evasion and spending habits. There is even the possibility of experimenting with expiring cash.

But how does this affect the US? There’s a method that has been used by Americans since WWII called dollar weaponization.  The exchange domination allows the US government to monitor how the dollars move across the border. Along with that monitoring they are actually able to freeze people out of global financial products as well. It’s a phenomenal amount of power to hold.

The concern for economists is that the price fixing capabilities of this new currency as well as its backer being an entire countries government could affect everything about the global financial system. Only time will tell how true that turns out to be.

There are a number of possibilities that could come up honestly and they could fall flat on their face unless they put their entire monetary worth behind it. Only time will tell but some economists are already calling for DigiDollars from the American government. Another step into the future.

A tiger shows its stripes: The growth of Tiger Global and their investments

(BUSINESS FINANCE) Tiger Global has been acquiring a load of tech companies – let’s talk about who they have and how they’ve been so successful.

In 2003, Tiger Global was founded by Chase Coleman who began his career at Tiger Management (brilliant name choice). In the ensuing years the investing firm expanded to include private equity and venture investing. Today it’s hitting the charts at $65B with its employees (number at ~100) being the firms’ biggest shareholders.

Earlier this month, Tiger Global raised one of the largest pots of VC money ever recorded, coming in at $6.7B. These came from a list of occurrences and investments.

The tactics that Tiger Global stands by are well documented in a few different locations. One of the biggest that they push is speed. The deals that fly across their tables are completed in just 3 days, far outpacing other firms. When you are an investment firm hour are a time between success and failure. To keep up with these ideas, they have a pre-emptive approach to startups. Doing thorough research and throwing money at people before they even start looking for it. Knowledge is power and this lets them get their foot in the door faster than anybody else.

Resources and a monstrous war chest are 2 of the other factors that they set their claim to fame on. The numerous portfolio companies have high-priced consultants thrown at them for advice on a regular basis. These consultants just add to the success of the companies and keep things building. Where does this money come from? The stakeholders. The mountainous mounds of money that this firm keeps on hand is matched very few in the world. Scrouge McDuck would be hard pressed to keep up with these guys.

They also keep to long-term holdings as an approach to their methods. Unlike traditional VCs, Tiger Global operates public market hedge funds which provides price stability for startups since it doesn’t have to distribute funds after an IPO, unlike traditional VCs.

In the first quarter of 2021 Tiger Global has closed 60 deals, keeping with their hit the ground sprinting approach. They have bids on a number of different companies already as well (ByteDance, Discord, Hopin, & Coinbase). At least one of these reaches a value into the tens of billions. This company is set to be one of the fastest growing groups in the globe. Who knows where it will stop? Let’s wait and see, or join. Whatever hits your fancy.

(BUSINESS FINANCE) India is potentially planning to ban cryptocurrency — and instead, they’re planning to introduce their own version of it for purchase.

Owning mainstream cryptocurrency these days is a bit like owning a pair of Crocs: Potentially lucrative (especially if you’re Post Malone), but mostly just weird. A recent report shows that India is planning on adding “illegal” to that list, possibly ahead of launching their own cryptocurrency in place of the banned ones.

The proposed law would also fine anyone found trading—or even simply owning—banned cryptocurrencies in India. Mining and transferring ownership of cryptocurrency would similarly warrant punitive measures.

CNBC notes that this law would be “one of the world’s strictest policies against cryptocurrencies” to date. While some countries have imposed strict laws regarding things like mining and trading cryptocurrency, India would be the first country to make owning it illegal.

Some talk of jail time—including sentences of up to 10 years—for cryptocurrency owners and users was floated by Indian lawmakers back in 2019, but there is no explicit indication that those terms would be present in this rendition of the bill.

To be fair to the lawmakers involved here, the bill wouldn’t be as cut-and-dry as “has bitcoin, gets fined.” According to the CNBC report, people who own cryptocurrency would be able to “liquidate” their earnings for up to six months preceding the bill going into effect. This would theoretically allow investors to hold onto their portfolios for a bit longer before having to cash out.

But that leniency might not matter anyway. It doesn’t take a genius to see that this move could do two dramatic things to the cryptocurrency market: Add yet another niche option for investors, and destabilize every other pre-existing cryptocurrency option—or, at least, make them less stable than they already were.

In fact, the simple introduction and threat of this bill could be enough for the cryptocurrency market to take a nosedive—something that can’t be discounted as a factor in making this decision. Current reports put Indian-owned bitcoin values at roughly $1.4 billion, though, so it’s clear that the bill hasn’t had a deleterious effect at this point.

The fact that India’s central bank has plans to introduce a government-sponsored cryptocurrency of their own cannot be separated from this bill, either. While the official government position is that blockchain is to be trusted while existing cryptocurrencies are eschewed and dismissed as “Ponzi schemes”, it’s clear that at least part of this bill is motivated by a desire to thin out the competition.