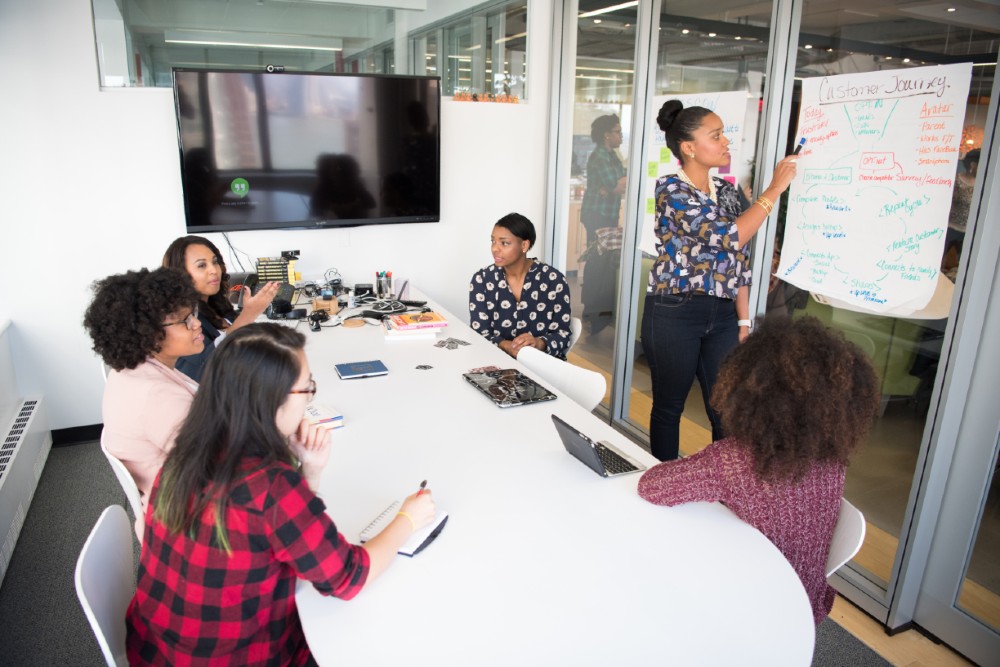 Unless you have been living under a rock and truly don’t care about anyone or anything, you should know by now that on average women founders only raise two to three percent of all venture capital funding – and that this statistic that has not changed in a decade.

That’s right – even though women-founded businesses are opening at a faster rate than men over the last 10 years, they are getting pence for their efforts.

What’s more, despite being outperformed in fundraising, women-founded businesses outperform their male counterparts in ROI 78-cents to 31-cents per dollar invested, according to a study by Boston Consulting Group. This data is supported by multiple studies conducted by multiple agencies on multiple pools of founders – and yet early stage funding for women founders remains pitifully low.

While these figures are maddeningly discouraging and downright unjust, Harlem Capital says there is reason to be encouraged.

The New York based early stage capital firm focuses on “investing in minority and women founders in the United States,” their website states. In addition to addressing funding disparities through direct investment, the firm uses publicly available funding data to track VC investments by both gender and race. So far, major investment data platforms like Pitchbook and Crunchbase do not track investments by demographics other than gender.

Harlem Capital’s 2019 report analyzed a group of 1,714 women founders who raised over $1 million each, for a total of $56.4 billion in capital. The average founding year was 2013 and the median raise was $5.8 million. The top three industries represented were biotech, software, and healthcare, and more than half were SF and NYC-based.

The report includes a deep dive into the top 300 founders who claimed the largest raises. Here are some interesting learnings from that analysis:

Though the analysis is not rigorous enough to make claims about the state of funding women-founded businesses in the United States, it is important information to add to the research landscape. We need more VC firms to be taking a critical look at founder data to better understand disparity in this sector.

The data will be even more important as we see what companies sink or swim in the COVID-19 recession. (You didn’t really think you could read a whole article without mention of COVID-19, did you?)

In this article:business finance, The News, women-founded