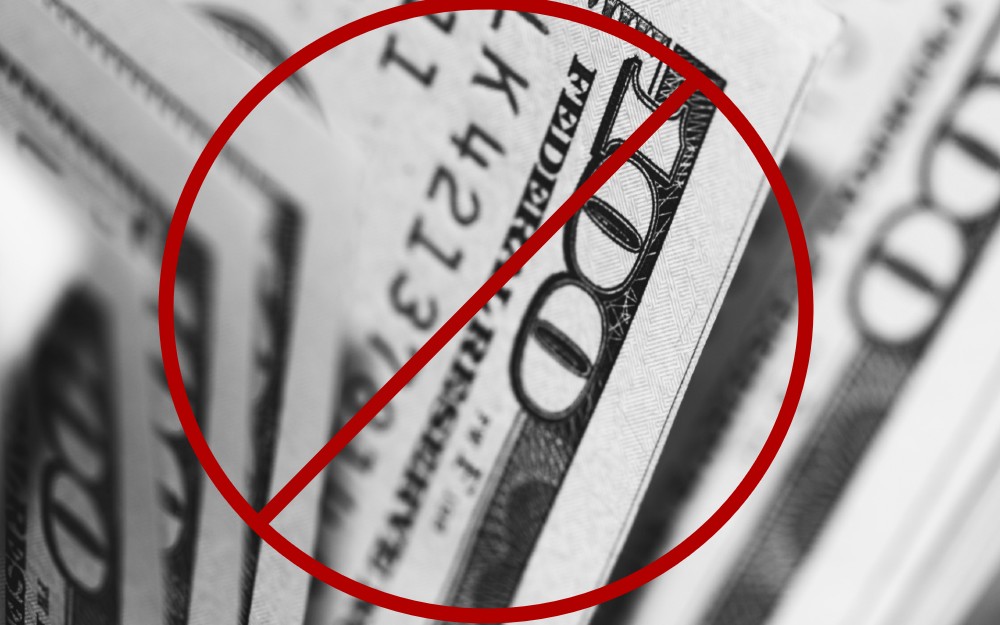 Say goodbye to the almighty dollar, at least the paper version. Cashless is where it’s at, and COVID-19 is at least partially to thank–or blame, depending on your perspective.

Let’s face it, we were already headed that direction. Apps like Venmo, PayPal, and Apple Pay have made cashless transactions painless enough that even stubborn luddites were beginning to migrate to these convenient payment methods. Then COVID-19 hit the world and suddenly, handling cash is a potential danger.

In 2020, the era of COVID-19, the thought of all the possible contaminants traveling around on an old dollar bill makes most of us cringe. Keep your nasty sock money, boob money, and even your pocket money to yourself, sir or madam, because I’ll have none of it! Nobody knows or wants to know where your money has been. We like the idea of taking your money, sure, but not the idea of actually touching it…ewww, David. Just ewww.

There is no hard evidence that cash can transmit COVID-19 from one person to the other, but perception is a powerful agent for changing our behavior. It seems plausible, considering the alarming rate this awful disease is moving through the world. Nobody has proven it can’t move with money.

There was a time when cash was king. Everyone took cash; everyone preferred it. Of course, credit cards have been around forever, but they’ve always been just as problematic as they are convenient. Like GrubHub and similar third party food delivery apps, banks end up charging both the business and the consumer with credit cards. It’s a trap. Cash cut out the (greedy) middle man.

Plus, paying with a credit card could be a pain. Try paying a taxi driver with a credit card prior to, oh, about 2014 when Uber hit the scene big time. Most drivers refused to take cash, because credit cards take a percentage off the top. Enter rideshare companies like Uber. Then in walks Square. Next PayPal, Venmo, and Apple Pay enter the scene. Suddenly, cabbies would like you to know they now take alternate forms of payment, and with a smile.

It’s good in a way, but it may end up hurting small businesses even more in the long run. The harsh reality of this current moment is that you shouldn’t be handling cash. No less an authority than the CDC recommends contactless forms of payment whenever possible. However, those cabbies weren’t wrong.

The banking industry has been pushing for a reduced reliance on cash since the 1950s, when they came up with the idea of credit cards. It was a stroke of evil genius to come up with more ways to expedite our lifelong journey into crushing debt.

The financial titans are very, very good at what they do, at the expense of all the rest of us. The New York Times reported on the trend, noting:

“In Britain alone, retailers paid 1.3 billion pounds (about $1.7 billion) in third-party fees in 2018, up £70 million from the year before, according to the British Retail Consortium.

Payment and processing companies such as PayPal (whose stock is up about 55 percent this year) and Adyen, based in the Netherlands (up 72 percent), also stand to gain.”

All kinds of banking-related industries stand to benefit as well. Maybe we’ll go back to spending physical cash one day, but I don’t think there’s any hurry. Fewer old grandpas are hiding their cash in their proverbial mattresses, and the younger, most tech-savvy generation seems perfectly content to use their smart phones for everything.

We get it. Convenience plus cleanliness is a sweet combo. If only cashless payments weren’t such a racket.

If this trend towards a cashless future continues, future travelers may not experience what it’s like to fumble with foreign currency, to smile and shrug and hand over a handful of bills because they have no idea how many baht, pesos, or rand those snacks are. They may not experience the realization that other countries’ bills come in different shapes and sizes, and may not come home with the most affordable souvenirs (coins and bills).

We shall see what the future holds. Odds are, it may not be cash money, at least in the U.S. I hope the cashless movement makes room for everyone to participate without being penalized. We’re in the middle of a pandemic, people. We need to find more ways to ease the path for people, not callously profit off of them.

In this article:business finance, Cash, The News