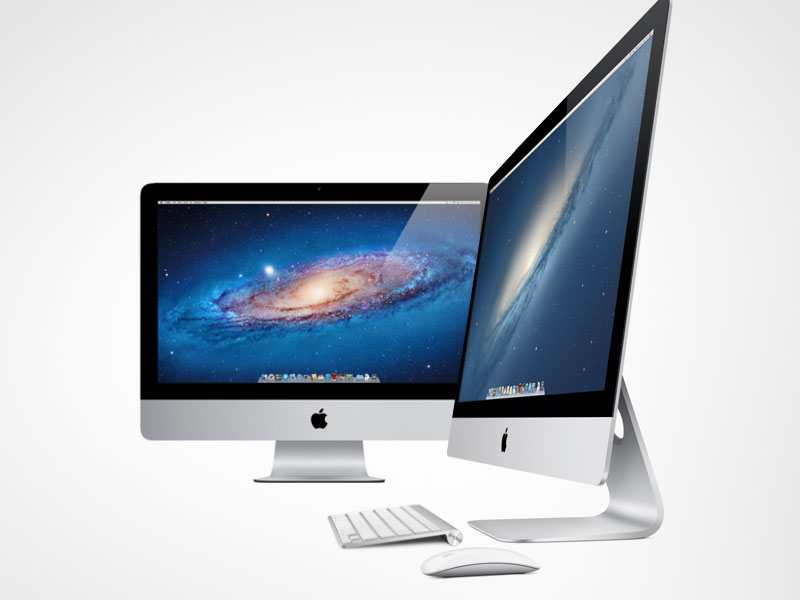 It’s finally here – the 2012 iMac – and it actually has a release date. On November 30th of this year, Apple will present their newest iMac to the world. Although Apple has released new iMac throughout before, it has stayed practically the same product cosmetically while upgrading internal features. This year, the iMac will have a slightly new face and some updated and upgraded specs, too.

Apple offers two basic options if you want to purchase the new iMac on the 30th. You can only purchase the 21.5-inch model, as the bigger model won’t be available until later in December. When purchasing the 21.5-inch iMac, you can choose between the base or the high-end option. The base option starts out at about $1300 for 8 GB.

Now let’s move on to the specs for the upcoming 27-inch iMac that’s scheduled to start shipping in December. The base model starts as $1800, has a 2.9 GHz Core i5 processor, and several upgrade options, including the 768 GB all-flash drive for a mere $1300 extra. Pricing for the 27-inch, high-end model begins at $2000 and has a 3.2 GHz Core i5 processor. It can be further upgraded for $200. However, you’ll receive the same storage and RAM upgrades as the base model.

The cosmetic changes to the iMac are modern and aesthetically pleasing. Apple has gone thin, really thin. The edges of the machine are only 5mm in thickness, creating a sleek look. The 2012 iMac’s most unique quality is the concave section on the back, where all the hardware essentials are placed. The design is complex, but also concise and streamlined.

If you’re an Apple aficionado, you’ve probably been waiting for the 2012 iMac for quite some time. It’s a little later in the year than originally expected, probably both by the consumer and by Apple, but there is still ample excitement for this new release. Whether you’ve already decided to purchase it or you just want to see what it’s all about, keep your eyes open on November 30th.

In this article:apple, imac, Technology