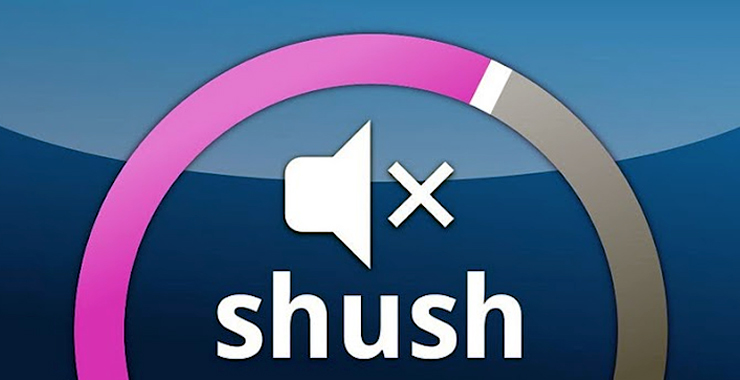 One of the major annoyances with having a mobile phone is that you have to turn the ringer off during meetings, shows, conferences, personal family time, and sometimes even work to avoid interruption. How many times have you had to apologize for missing someone’s call or text because you forgot to turn your ringer back on? Now, Android users have no excuse, as the Shush! app for Android turns your ringer off for a period of time you designate, then automatically turns it back on afterwards.

This “unmute” button should come standard with all smartphones, but only Android users have access to the free app. The minimalist design is easy for anyone to use – if you can download an app, you’ve done the hard part. It is a very small app, so it does not use many resources, slow your phone, or drain your battery, which cannot be said of most apps.

No need to remember the app, it launches automatically

The greatest feature is that users do not need to remember a special app, as it launches automatically when you silence your ringer with the volume buttons on the side. This saves all professionals from missing important calls or from going hours or even days without their phone being audible, simply due to forgetfulness.

The app has over 12,000 users that have voluntarily rated the app, and overall, it has earned a 4.5 star rating, with hundreds of reviewers saying that Shush! is the best app of all time, some going so far as to say they can’t switch to iPhone because they’ve become accustomed to the app adding a necessary feature to their devices.

Shush! is compatible with Android 2.0 and newer and can be downloaded for free in the Google Play market by clicking below from your Android phone:

In this article:android app, productivity, Smartphone