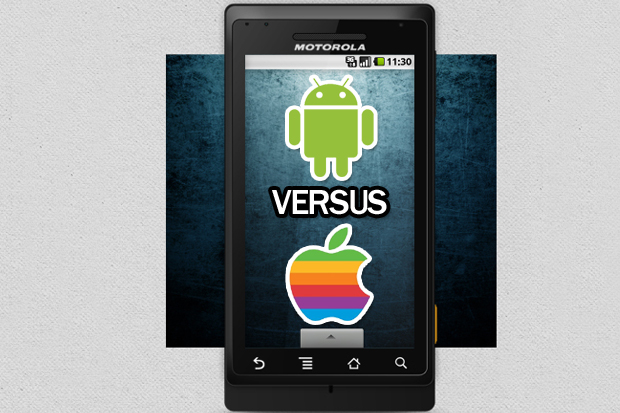 A new comScore report notes that in the three month period ending in December 2011, Samsung was found to be the top handset manufacturer overall with 25.3 percent market share and Google Android increased to 47.3 percent of all smartphone operating systems, approaching the 50 percent mark nearly a year ahead of what was originally projected.

During this period, 234 million Americans used mobile devices with Samsung in the top manufacturer spot, followed by LG with a 20 percent share, Motorola with a 13.3 percent share and Apple with a 12.4 percent share (up 2.2 percent). RIM (BlackBerry) continues to lose ground, now accounting for 6.7 percent of the market.

Of the 234 million Americans using mobile devices, 98 million were smartphone owners, representing 40 percent of all mobile subscribers. Google Android ranked as the top smartphone platform with 47.3 percent market share, up 2.5 percentage points from September while Apple rose 2.2 percent to 29.6 percent of the smartphone market, again with RIM falling to 16 percent share, followed by Microsoft at 4.7 percent.

What are phones being used for?

Not only is what Americans are using shifting, how they are using the devices is shifting as well. In December, 74 percent of mobile subscribers texted with their mobile device (up 3.2 percent), 48 percent downloaded apps (up 5.1 percent), and browsers were used by 47.5 percent (up 4.6 percent).

Social networking sites and blogs were accessed by 35.3 percent of mobile subscribers (up 3.8 percent), gaming was up 2.6 percent to 31.4 percent while 23.8 percent listened to music on their phones (up 2.9 percentage points).

What all of this tells us is not just that Android is the most popular operating system on the market while Apple continues to hold firm in their market share. Business professionals attempting to reach consumers should know that all functions of phones, particularly smartphones, is on the rise, indicating that mobile use is indeed going mainstream.

In this article:android, apple, smartphones, Technology