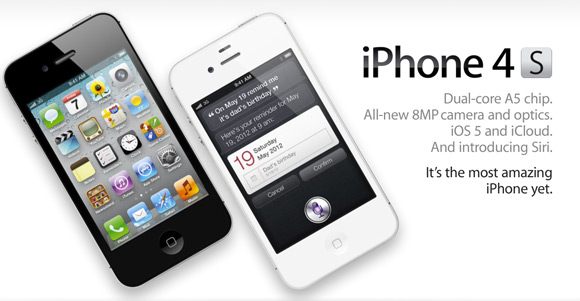 Although consumers expected the iPhone 4S to be called the iPhone 5 and resemble one of the leaked photos of the alleged prototype that was a sexier, thinner version of the iPhone 4, but after a long wait, the fifth iPhone is offering new features that are function over form which is atypical of the last several launches. The new A5 processor makes the iPhone 4S two times faster than the iPhone 4 and the dual core processors and graphics offers seven times better performance. The iPhone 4S offers 1080p video recording, voice activated personal assistant system (Siri), a much improved battery life, is $199 for the 16GB, $299 for 32GB, and a new option $399 for 64GB. The company will begin taking preorders on Friday, October 7th.

Although some are disappointed that the iPhone 4S isn’t dramatically visually different than the iPhone 4, the improvements in the smartphone’s hardware might have paved the way for a super phone when the iPhone 5 does eventually make it to store shelves.

In light of the competitive field, some in the Apple cult are considering other options, just as Android users and Blackberry fans are saying iPhone 4S finally has worthy hardware. For users on all ends of the spectrum, the chart below illustrates the various features of some of the latest phones that have or will hit the market (click to enlarge): 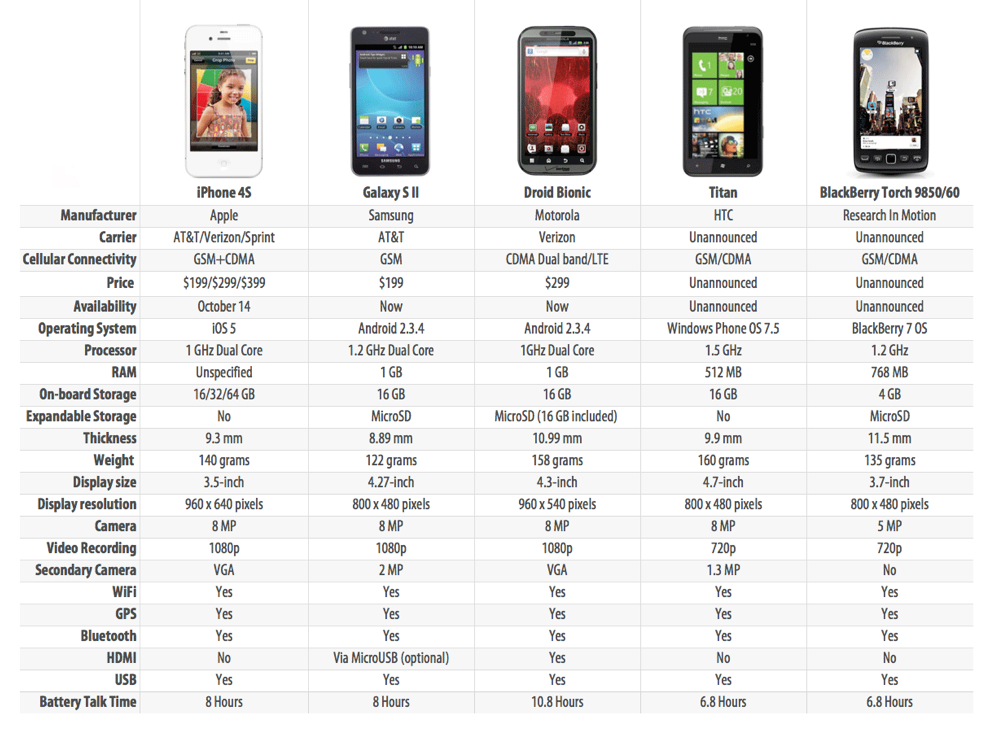 In this article:apple, iphone 4S, News