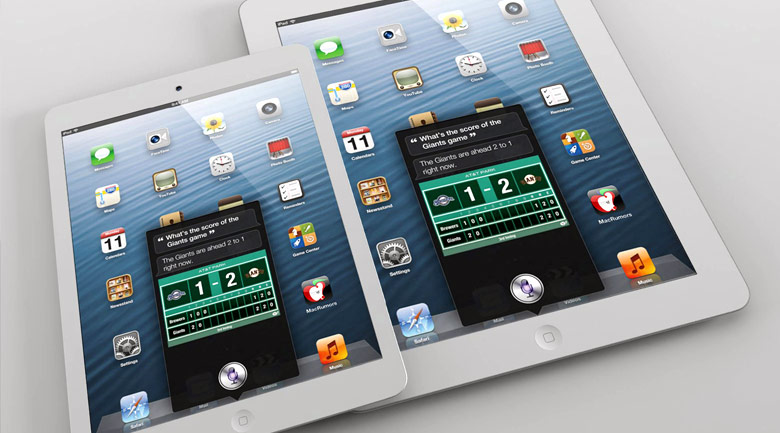 If you’re an Apple fan, you’ve probably heard about the rumored and unconfirmed mini iPad. The regular-sized iPad is a 9.7 inch tablet. The mini, on the other hand, is slightly smaller than that, at around 7.8 inches, making it similar to the Kindle Fire. Today, the Wall Street Journal reported that one of Apple’s suppliers in Taipei received an order for 10,000 mini iPad screens. However, it is also estimated that Apple will ship about 10 million mini tablets in the fourth quarter, if this rumor turns out to be true.

The mini iPad is estimated to be priced between the iPod Touch and the iPad, naturally, but will probably be more expensive than the competition—the Kindle Fire. It’s estimated it will cost between $250 and $350. It’s also rumored that the mini iPad will be powered by the same chip in the iPad 2, rather than the chip from the new iPhone 5. But, again, it’s all speculation at this point, as Apple has not commented. And they probably won’t until rumors die or until the product is released.

Not a shock to Mac fanboys and fangirls

It may come as a surprise to many that Apple has waited so long to introduce a smaller tablet for their brand, as many other companies have already done so. Be that as it may, Apple’s mini iPad is still expected to sell very well in the current technological market. But that probably isn’t a shock to anyone, especially with the countless loyal Apple devotees.

Whatever Apple decides to do in the end, all we can do is wait for the release or for more leaked information from suppliers. However, if Apple is going to release a mini iPad, keep your eyes and ears open. It will probably happen soon, as chances are it could be just in time for the upcoming holidays.

Gmail gets more advanced, should professionals use it exclusively?

Plunk: mobile click testing for any site or web product