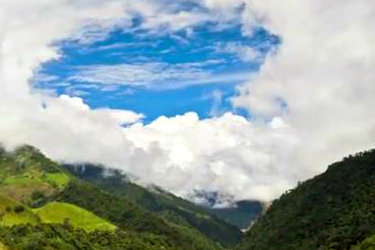 The Timelapse+ is an intervalometer (timer device) for automatically triggering SLR cameras, featuring wireless capabilities for connecting with accessories (like a smartphone!). The company says it can interface to most Canon, Nikon, Olympus, Sony, Pentax and Minolta SLR cameras and sets itself apart by allowing a delayed start, and extremely precise timing down to tenths of a secondd. It even accounts for HDR photography by asking how many exposures you want per interval with a different duration for each exposure. The tool is durable, extendable and flexible and easy to understand.

Timelapse+ allows an unlimited number of photos and with the IR remote, the camera can be triggered without needing to be connected. Future models will include BULB ramping and a bluetooth interface to allow for future expansion and support other accessories like sensors for autmatically tripping the shutter and even smartphones.

The project has just recently launched in prototype on KickStarter.com to raise funds in an effort to reach production phase. KickStarter is “the world’s largest funding platform for creative projects,” wherein projects are posted to the site and anyone with a credit card can pledge money to fund the projects, but the twist is that a project must reach its funding goal before time runs out or no money changes hands because “creators aren’t expected to develop their project without necessary funds, and it allows anyone to test concepts without risk.” The site also allows project creators to keep 100 percent ownership over their work and offer products and incentives in return for pledges.

Pledges on KickStarter of $99 or more get a Timelapse+ device if the company gets funded which is a fairly low bar to entry for photographers and photography enthusiasts.

In this article:kickstarter, photography, Technology