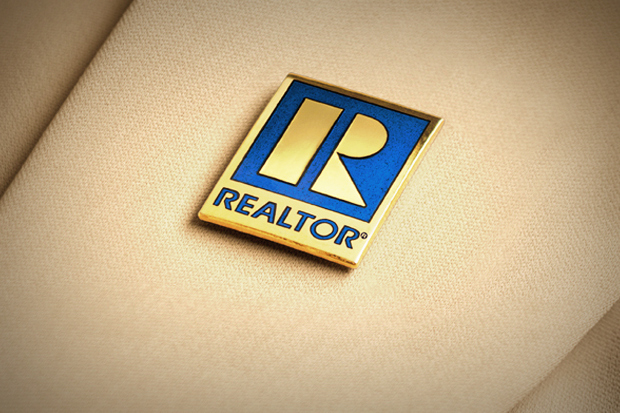 Membership level numbers are in

In the halls of many brokerages across America, people are jumping ship, while in others, agents are signing on. The rapid shuffling of the deck is causing many to speculate about how the number of Realtors across the states is performing.

It is common these days to scream that membership levels at the National Association of Realtors (NAR) is down. “With so few agents nationally, NAR had to raise dues because of how many people they’ve lost this year” we heard a broker say the other day. A national real estate columnist wrote this year “NAR’s membership has been shrinking, along with the housing market.” It seems to be common knowledge that the number of members at NAR has dropped, but is that true?

The answer is both yes and no, but primarily no, membership levels are not down. The rapid increase in membership leading up to the bubble burst has slowed, but in the past decade, membership is up. A lot. Over the past 20 years, membership is up dramatically, so the rumors that the number of Realtors is down at levels unseen are patently false.

Below, we charted membership levels. First, we isolated this year and there is barely any movement up or down. Then, we looked at the last ten years and see a rise six years ago, but 2011 levels are considerably higher than 2001 levels. Lastly, we took a twenty year perspective which shows membership levels substantially higher than in 1991.

What is not tracked below, however, is the number of active Realtors, these are simply NAR members. We suspect that those actively practicing have dropped with the market, but they are still Realtors, ready to take a listing should their mother, neighbor or pastor asks them if they’re a real estate agent anymore. 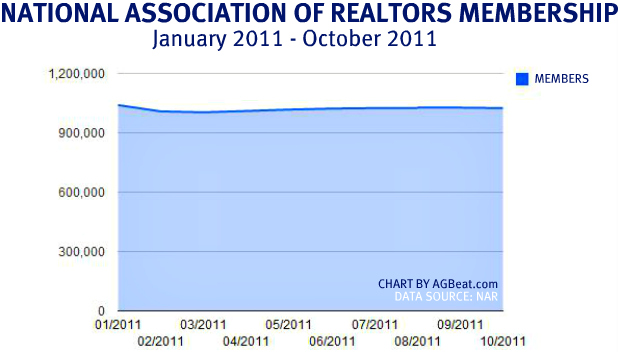 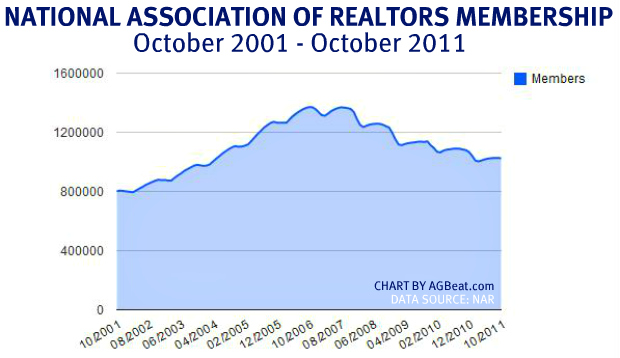 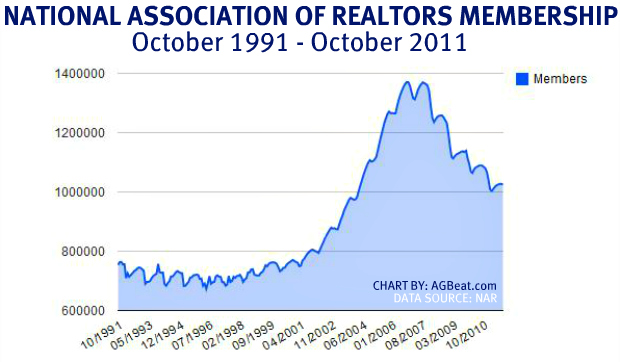