Today, Erion Shehaj makes his debut here at Agent Genius. Erion is a real estate broker in Houston, Texas at Signature Real Estate specializing in the niche of conservative real estate investments. Erion has a BA in Accounting & Finance and combines that with his passion for people in his practice. Erion’s writing has proven to make waves, so we look forward to his joining us- we’re sure he’ll make your gears turn! The greatest market economy at work

When I was born in 1981, my country was under one of Eastern Europe’s most repressive communist regimes. How communist? Let’s just say that we broke our alliance with the Russians and the Chinese because they were “getting too soft”. A decade later, as the winds of democracy were blowing south from Berlin, I heard terms like “pluralism” and “market economy” for the first time. When I finally made it across the pond as an 18-year old finance student, I got to see the greatest  market economy at work and I was amazed at its sheer size, efficiency and modus operandi.

Like it often happens on your first visit to Manhattan, once the amazement wore off, I started paying attention to the actual details. To my surprise, I noticed that at this stage of this mamoth economy, growth trumped performance. It wasn’t about profitability as much as it was about how many more stores were being opened, small companies being swallowed,  loan applications being taken, or new homes being built. This blurred focus on growth alone was further being fed by a “get in and out” culture of daytraders, derivativers (I just trademarked that term), flippers and speculators looking to make crazy scratch on the latest market figures uptick. One hell of a party. Now, we need to “get back to the basics”, tighten our regulatory belts and return to boring old Monday. Right?

I think exclusive focus on growth while neglecting timeless business principles inevitably leads to bad decisions, bubble-bust cycles and as the latest recession showed, even possible death of the economy.

The evidence for bad decisionmaking caused by exclusive focus on growth is everywhere. More than a business, Starbucks was an unbelievable phenomenon that took the world by storm one uberpriced latte at a time. During its expansion in the 1990s,  they were opening stores at a rate of one store per weekday. Focus on growth alone led the company to open stores in locations that had no chance of thriving. In 2008, the company closed 900 underperforming US stores and it’s now focusing on the profitability of the rest. Same thing with McDonalds in 2002. The latest financial crisis also offers a plethora of examples (i.e. Countrywide, Merrill Lynch, AIG) where once solid businesses seriously underestimated risk due among other things the need to “hit the number”. Real estate brokerages that rode the high of ever rising prices opened sometimes unnecessary offices with lots of fatty overhead.

At this point, many of you are thinking I’m against growth. Not so in the least. Real, natural growth is great for business when supported by (wait for it) actual profits. The level of growth that is expected of companies in boom times is unreal, unsustainable and it leads to boom-bust cycles. Do you really think that Starbucks or Wal-Mart  can continue to open 400 new stores a year forever? There’s got to be a point where they will run out of countries. Lowes and Home Depot can convince customers to “do it themselves” but those remodeled kitchens and backyard paradises would not be possible without all those HELOCs. The Countrywides of this world cannot get people to ATM their homes enough without defaults coming back to bite them. In turn, real estate companies cannot keep up with the cost of bloated staffs when sales drop due to inventory spikes courtesy of those defaults. Full Circle.

We don’t need to get back to the basics. We must never forsake them.

In this article:economic growth, Economy 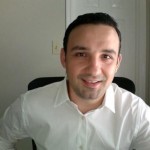