A few years back, Rachel Natalie Klein transplanted from Indiana to New York City and made a huge splash by founding IntoTheBox.tv and applying her on-air journalism background to create real estate video about NYC. RNK is an entertaining commentator and every IntoTheBox.tv video was professionally produced.

In RNK’s last blog post on March 31, 2008, it was indicated that big things were in the works for IntoTheBox as it had grown so massively and that a new site was on the way (which I was surprised about, as the existing site was beautiful). It has been 589 days and there is no movement, no updates, the site has been shelved and we can’t find RNK anywhere!

We’ve checked Twitter (she doesn’t have an account there under “Rachel Natalie Klein”), we’ve checked Facebook (ditto) and we’ve even checked LinkedIn (which notes her recent activity is Founder of IntoTheBox.tv for going on two years). We tried contacting RNK through the IntoTheBox.tv website but haven’t heard anything back. We’ve searched her personal blog, Google news and Google blogs and even searched for info about IntoTheBox.tv or a marriage announcement for RNK, but there is nothing to be found after March 2008 about her… maybe she was using an alias? I have no idea, but I know she’s real because there are pictures of her on Flickr with RE.net people.

It’s possible that she won the lottery (but that would have been mentioned somewhere online, right?) or that she got a desk job (which also seems like it would be mentioned somewhere), but the Internet has erased her. Does anyone know where RNK is?? We’re worried!

It may seem silly to you, but go visit IntoTheBox.tv and see why we miss her. She’s funny, well spoken, and most importantly, her video series always served as a good example of what agents can do with a video camera and how they can carry themselves on film without looking like the Blair Witch project. IntoTheBox.tv was one of the only (well, maybe the only) shining example of quality real estate video in a sea of poorly produced crap.

Does anyone have any tips on where RNK is now? Where is IntoTheBox.tv and where is all the video content that people had put on their own blogs? Was she lined up for funding in fall of ’08 and it fell through like the rest of the world’s? Is this another company’s victimization due to the economy? That sure would be a shame as IntoTheBox.tv was certainly worth investing in.

So, if you want an awesome example of what you or your brokerage could be doing locally with video, look at this site now in case it disappears later. And please, if you have any insider tips on the whereabouts of RNK or IntoTheBox.tv, leave them in the comments section below.

In this article:Real Estate Video 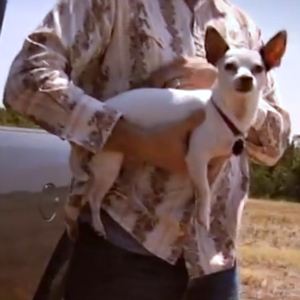 “We went for a big dog.” The above story is one of a kind, just like your Realtor story, according to David Winans of...