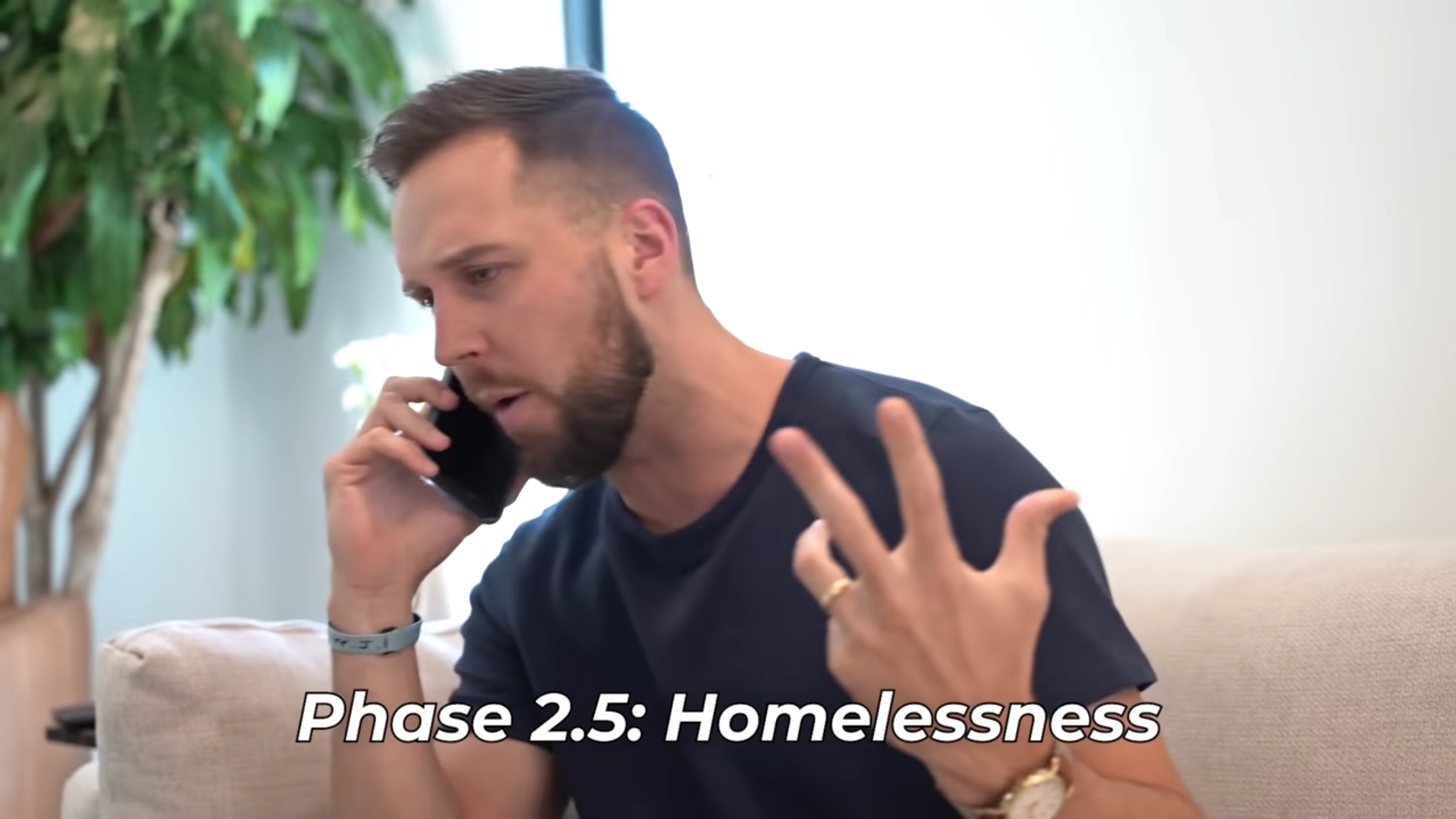 Home buying these days feels a bit like trying to adopt a pet hyena. The sheer ridiculousness of the steps people have to take to purchase a property in the current market is ripe for comedic interpretation, a fact not lost on various corners of the Internet.

Trey Kennedy, a sketch comedian on YouTube (as opposed to a sketchy comedian anywhere else), has a particularly keen perception of what he calls The 5 Stages of Homeownership.

Kennedy starts with the buying phase – something with which many who are in the market are frustratingly familiar – by coming to the conclusion that the only way to secure a house is to purchase it as quickly as possible. In his case, this results in a house that he has never seen–and has a hole in the roof – becoming his responsibility, but he doesn’t seem to care.

“Does it have a toilet and a driveway?!” he barks at his Realtor. “COOL!”

The next phase – the move-in segment – is a blur of friends who refuse to help in exchange for cheap pizza, differences in leases ending and closing dates, and frustrated yelling. We’ve all been there before.

Once the proverbial Kennedys move into their dream fixer-upper, the comedian riffs on everything from the absurdity of DIY projects to HOA fees, delivering one-liners that – despite their comedic intent – feel real enough for anyone who has set foot on a prospective property anytime in the last few years.

Kennedy isn’t the only one making the observation that the current housing market is screwed, though. This TikTok by Shaun Johnson is a bit more subtle, but the satire hits at everything from the insanity of bidding to Californians’ skewed perception of reasonable housing pricing as the TikTok comedian compares a new home to a fresh apple – one of which everyone wants a piece.

Maybe it isn’t entirely accurate to refer to the current housing market as an old-timey auction, but bidding wars are no less common here than they were there – and, as Johnson notes, there’s always someone popping in with a hell of a lot more in their pocket than you were prepared to spend.

Joking aside for a moment, it’s clear that the current housing market entails an insane experience for consumers, many of whom may have been trying to purchase for years.

Home buying is a frustrating, relentlessly demoralizing, and tiresome process, made all the more obnoxious by inconveniences like rich people buying “investment properties” and pandemics.

But rest assured that, while you may be suffering, others are finding a way to turn your tears into multitudinous views on TikTok. That has to count for something, right? …right?