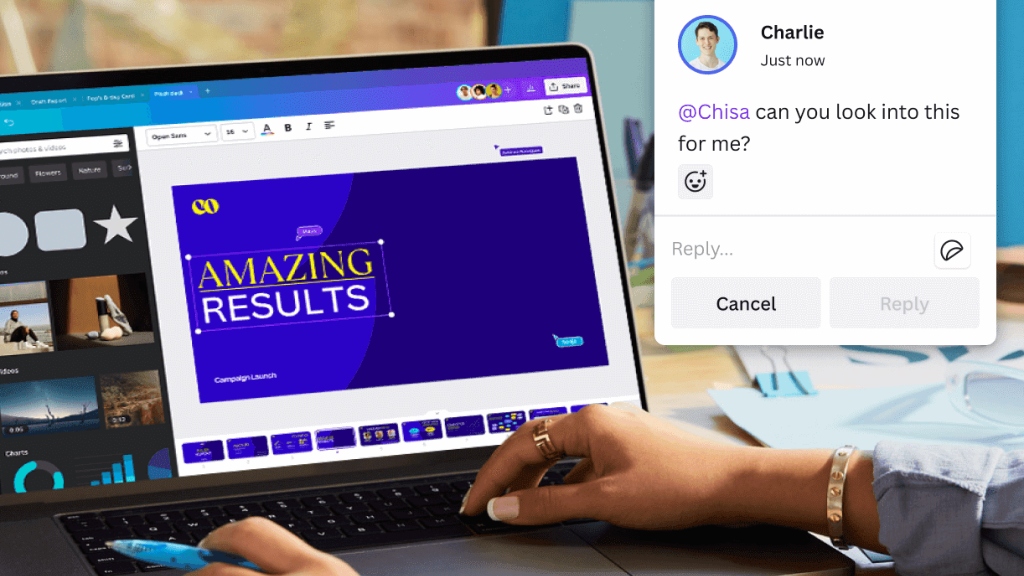 The teams at Canva have been busy bees lately and they are now further establishing themselves as more than just a user-friendly graphic design tool.

The Australia-based company announced at its recent Canva Create event that it will unveil a variety of new products to round out its product offerings, including but not limited to Docs, Websites, Whiteboards, and Data Visualization, which comes from its acquisition of Flourish, which is a platform known for its ability to break down large data sets into digestion charts, graphs, or visuals.

In addition, they will also be expanding their print offerings and bringing the infamous background-removing technology to videos. Presentations, launched in 2021, will get a remote control feature that allows presenters to connect other devices (like a phone) for use as a virtual clicker. How neat!

“We’ve been working for the last two years essentially on the new era of Canva,” said Cliff Obrecht, co-founder and COO, in an interview with TechCrunch.

“Canva has always been very much like an individual product with deep penetration into the workplace. But we’ve never really launched this worksuite that is suitable for organizations.”

85% of Fortune 500 companies, including FedEx, L’Oréal, and Salesforce utilize Canva’s design tools, according to internal documentation.

Over 4.4 million customers pay for Canva for Teams which released last year, but like all of their products, there will be a freemium model for its new worksuite. Like its Teams product, the worksuite will include collaboration features that allow team members to work together in real-time.

It’s understandable that a worksuite product will naturally draw comparisons to the well-known and often-used Google Suite or Microsoft Office, but in response, Canva says it isn’t trying to compete with these corporate behemoths. Instead, the company claims to perform as a visual-first companion to these tools.

“Our products are inherently visual, so we take a very visual lens on, what does a visual document look like? How do you turn that boring document that’s all text-based into something engaging?”

The coolest part? The new worksuite products are interoperable, meaning that if you create a presentation, for example, it can easily be converted to a text document or a full website.

In this article:Canva, Real Estate News