HR 554 – taking transparency and political responsibility to where they belong – to the people.

‘(1) It shall not be in order to consider a motion to dispose of a Senate amendment reported in disagreement by a conference committee until at least 72 hours (excluding Saturdays, Sundays and holidays except when the House is in session on such a day) after the report in disagreement and any accompanying statement have been available to Members, Delegates, the Resident Commissioner, and the general public pursuant to subparagraph (2).

H.Res.554 – Amending the Rules of the House of Representatives to require that legislation and conference reports be available on the Internet for 72 hours before consideration by the House, and for other purposes.

This should not be a partisan issue – it’s one of transparency and accountability – for both the citizens and those whom we have elected to serve. What are the honest, non-self-serving arguments against this bill? What could the politicians be trying to hide?

In this article:hr554, politics, transparency 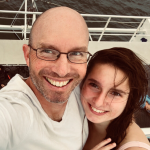 Dad, Husband, Charlottesville Realtor, real estate Blogger, occasional speaker - Inman Connects, NAR Conferences - based in Charlottesville, Virginia. A native Virginian, I graduated from VMI in 1998, am a third generation Realtor (since 2001) and have been "publishing" as a real estate blogger since January 2005. I've chosen to get involved in Realtor Associations on the local, state & national levels, having served on the NAR's RPR & MLS groups. Find me in Charlottesville, Crozet and Twitter.