Social Media Doesn’t Work As Well As Some Think.

For real estate agents, it’s even better or worse! Read on to find out who’s doomed and who’s charmed. In The Age Of Friending, Consumers Trust Their Friends Less

Edelman Study Shows That Only 25% of People Find Peers Credible, Flying in Face of Social-Media Wisdom “If consumers stop believing what their friends and the “average Joes” appearing in testimonials say about a product or company, the implications could be significant not just for marketers but for the social networks and word-of-mouth platforms selling themselves as solutions to communicating in a jaded world.

Platforms such as Facebook and Twitter have allowed people to maintain larger circles of casual associates, which may be diluting the credibility of peer-to-peer networks. In short, the more acquaintances a person has, the harder it can be to trust him or her. Mr. Edelman believes the Facebook component has “absolutely” played a role in diluting trust levels.”

“Richard Edelman, President and CEO of Edelman, believes it’s a sign of the times — and the lesson for marketers is consumers have to see and hear things in five different places before they believe it.”

The 2010 Edleman Trust Barometer reports that people who trust their friends and peers as the source for trustworthy source of information about companies has swooned from 45% in 2008 to 25% in 2010.

Oddly, the publicly released report does not have the chart above, but, there is lots of interesting information in the report. It’s worth reading.

The survey reports that people like you and me, we’ve lost trust in just about everything; companies, politicians, banks, etc.  In times of trouble, we look for safety, leadership, certainty and expertise.

Here’s a quote from Mr. Edelman…

“The events of the last 18 months have scarred people,” Mr. Edelman said. “People have to see messages in different places and from different people. That means experts as well as peers or company employees. It’s a more-skeptical time. So if companies are looking at peer-to-peer marketing as another arrow in the quiver, that’s good, but they need to understand it’s not a single-source solution. It’s a piece of the solution”

“Consumers are a distrustful bunch in general — the credibility of TV dropped 23 points and radio news and newspapers were down 20 points between 2008 and 2010.”

I believe it’s true!  Recent cataclysms cause us to trust less in general.   Specifically, we trust companies, government and corporations less than ever.  But (Behold the Underlying Truth), I believe these troubled times make social media more important than ever, for real estate agents.  Here’s why, in the yellow box above Edelman shares…

“People who say their friends and peers are credible information sources about companies is down from 45%.”

I bolded two words, “about companies”.  The survey question and answer is about companies, not an individual REALTOR®.  I believe that citizens choose their real estate agent 180 degrees differently than choosing a company/corporation/institution.  As you know, in real estate, citizens generally choose the agent first, not the company.  That an agent is partnered with a brand name company enhances the odds of being chosen.  Company brand can be an important consideration, it’s rarely the defining factor in choosing the agent.  An agents personal brand is the most important factor, and, correctly using Social Media enhances an agent’s personal brand.

Seven Destiny-Accelerators For The Charmed

Here’s What Others Have To Say About The 2010 Edelman Trust Barometer.

A Pretty Cool Report from Razorfish

What Do You Think?

Thanks for reading.  Cheers.

Bonus: Edleman’s Digital Visions – 10 New Ideas For The New Decade (These may be new to some, perhaps you know this already.) 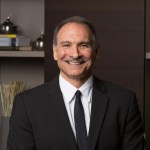