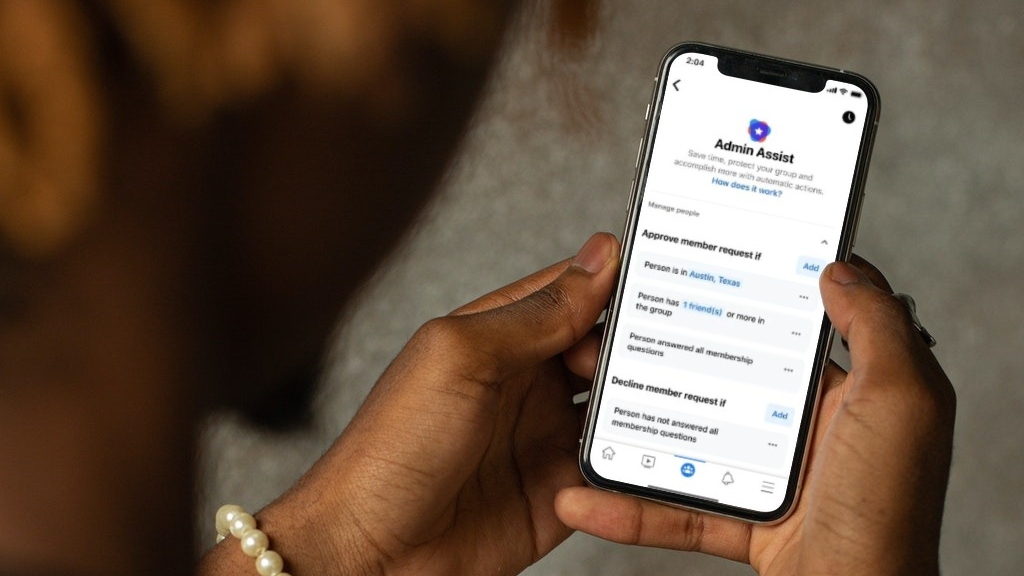 If you are an Administrator or Moderator of a Facebook Group, I’m so sorry for what you have to go through (and of course what I personally have to go through). Not only are you probably cussed out regularly, but Facebook has made an absolute mess of their Settings section for every Group.

And if you manage more than one Facebook Group, may God have mercy on your soul.

Facebook has long been a punching bag for Group owners (and deservedly so), but this is really getting out of hand. Over the past four days, I’ve had three feature updates. If you ask anyone who has more than one Facebook Group, they’ll tell you a different number over a different timespan with some features “given” to them a year ago, and others that we’ve had for years but they still don’t.

None of the “feature” updates were consistent across all Groups that we operate because Facebook rolls out features in batches independent of Group size or topic. They always have, that’s nothing new, but three feature updates in under 100 hours?

How are small businesses that operate Groups supposed to keep up? Is Zuck’s goal for all companies to be required to be in front of Facebook at all times!?

Of course. Of course that’s the goal, this is Facebook we’re talking about here.

The most recent updates that have opened up in our Groups could be useful, but the rollout process is downright disrespectful.

This is something that was announced in 2021, and over the weekend, some (not all) of our Groups were “given” this feature. Some told us they’ve had this feature for months, most said they hadn’t heard of it yet. 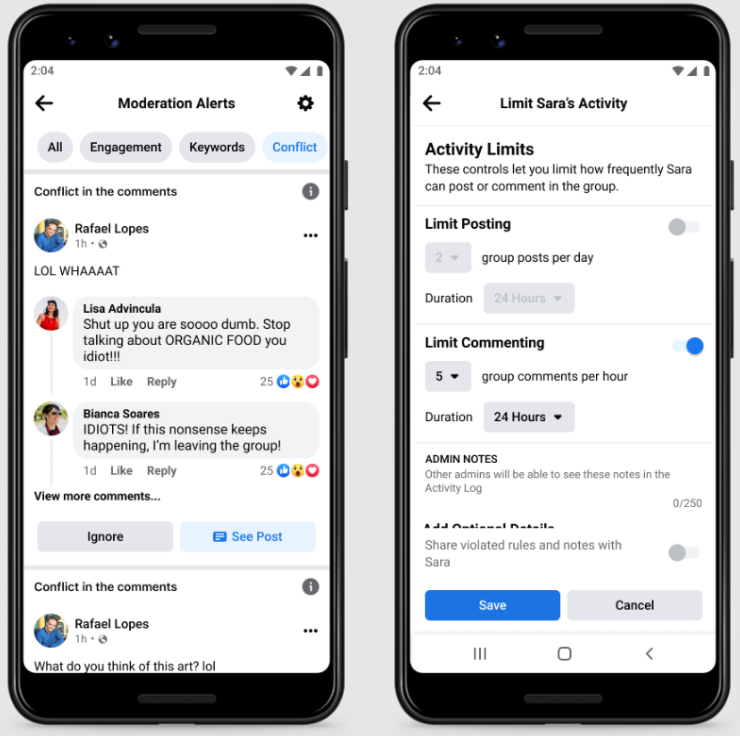 What’s odd about this rollout is that it was launched on several of our Groups, then immediately disappeared. Does that mean it will come back in the future? Probably. Is there any way to find out. Absolutely not.

Although I think giving users control over how they experience their feed, rolling this out without warning could catch more casual Group owners off guard, especially smaller business owners. It causes confusion when someone who is not consistently in their Group, and is yet another thing we have to defend or explain over time to users, noting over and over that it’s not within our control.

Here is what we saw over the weekend (apologies on the goofy notes, this was used in a private conversation with Group Moderators who all agreed):

The third update: Notifications for experts

I actually love the idea of Facebook offering better notification based on a member’s engagement level, but the following feels unlike drip marketing and more like putting responsibilities on people who might be pushed away with the aggression of just putting things on their plate: 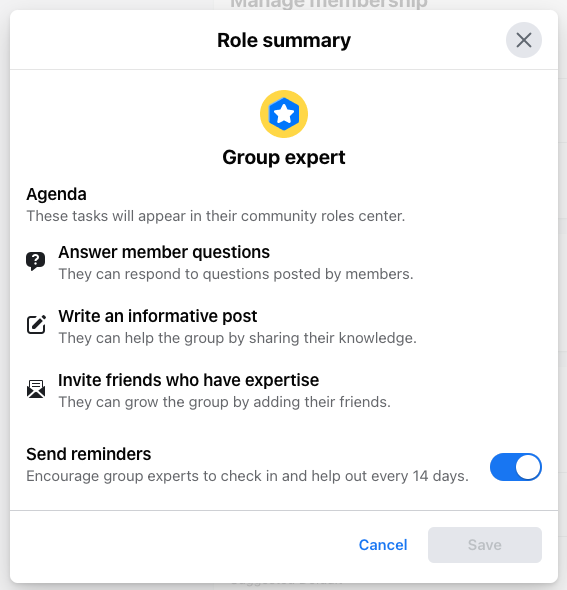 Could this be a sign of Groups finally having a way to communicate with members via Messenger or by sending more targeted Group notifications? We hope so. But this randomly showing up without context doesn’t give Group owners a way to communicate changes with Group members.

And how many changes are we expected to communicate in one weekend, Facebook!? The pace is untenable – we’ll go weeks without any updates, then someone at Facebook gets itchy and pulls a bunch of feature triggers, it’s wild.

Although it’s been a few weeks since we got this rollout announcement, the offensive nature of how Facebook rolled out Anonymous Posts has become an inside joke, simply out of frustration. 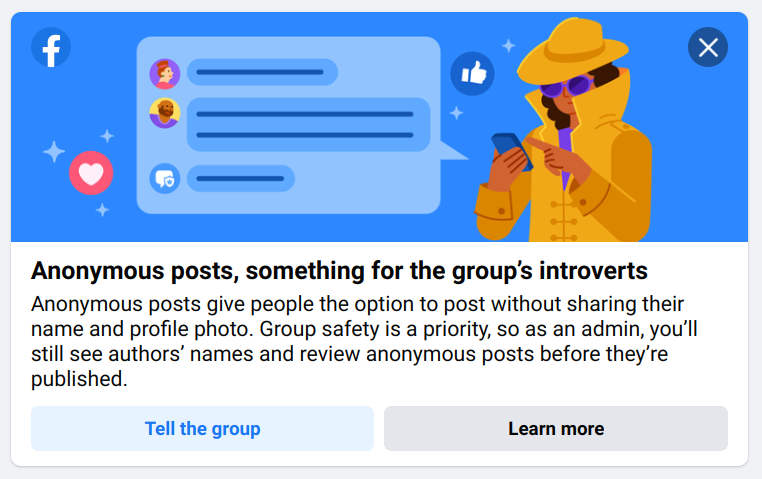 Pardon my French, but are you fucking kidding me!? People need anonymity in situations where using their name could endanger them somehow, be it domestic abuse, employment situations, or even Groups talking about medical or legal problems. I posted this complaint on my personal account and folks had BIG feelings about it.

In rolling out something that could be extremely helpful to so many people, offensively saying the reason is introversion rather than safety misses the mark and will likely cause folks to overlook the feature.

Another problem – they’re all defaulted to ON

What all of these features have in common is not that they rolled out as an option, but that they were defaulted to “on,” meaning they were turned on ALREADY.

This is a huge problem Group owners have to deal with – backend Settings changing frequently, requiring more and more auditing. It’s completely unnecessary as everything should be offered then defaulted to off. If someone misses out, so be it, but the problems with turning features on without a Group owner’s own hand are endless. It makes Facebook Groups more and more unusable over time.

What can Facebook do to suck less at this?

But I am saying that Facebook Group owners are tearing their hair out and this is not only unnecessary but illogical.

Facebook, please stop with the inconsistencies. Have two rollout groups – beta rollout, then sitewide rollout. Drip rollouts are endlessly frustrating and problematic. When we have more than one Group in the same industry, having features in one spot and not the others is yet another thing we must defend or explain.

Facebook, when rolling out any new features, don’t you dare default anything to “on,” that is simply abusive on your part, if not at least negligent.

Facebook, your platform is already waning, so please stop giving people like business owners and Group owners another reason to abandon the platform. Meta goggles won’t save this, but you can by rolling features out responsibly.

In this article:facebook, The News 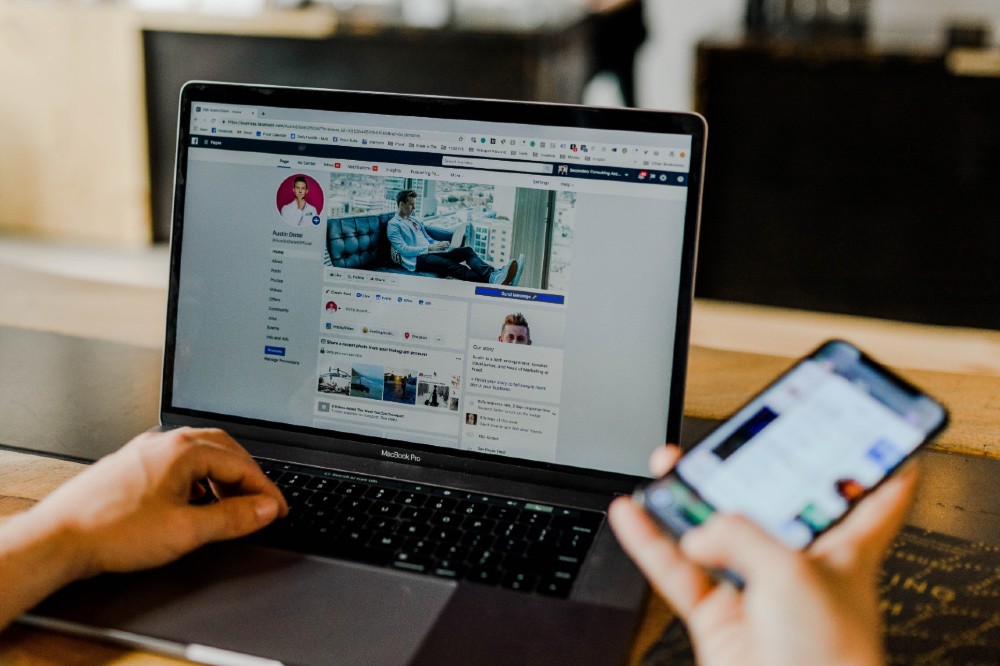 Should you be friends with your boss on social media?

(SOCIAL MEDIA) Are there times when it makes sense to connect with your boss and team on Facebook? Or is LinkedIn enough?