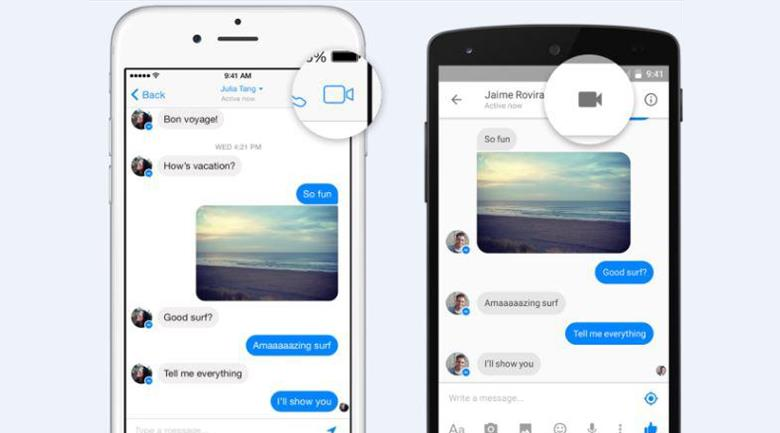 We’ve long lamented Facebook forcing mobile users to download a separate app for their Inbox use (Messenger), but today the social media giant is rolling out a new feature that might make the second app more appealing: video-calling.

Originally limited to a handful of markets, the feature is now available around the globe. Further, separating the mobile app makes even more sense now as resources are going to support an extremely fast and reliable service.

The announcement was made via Facebook post by David Marcus, Vice President of Messaging Products at Facebook who said, “We’re happy to share we’ve now rolled out the capability globally, with the exception of a few countries we’re still working on improving quality for.”

Marcus did not disclose which countries will not have access to the service, but we have it here in America, and our Canadian brethren have it as well, so being self-centered Americans, that’s all we really care about. MERIKUH!

Becoming the end all, be all for users

The Facebook Messenger app already has over 600 million users worldwide, and after the update (which is for iOS and Android), users will be able to video chat with their friends and families from right inside Messenger by pushing the video-calling icon.

This update makes Facebook a reasonable alternative to Skype, Google+ Hangouts, and even FaceTime. Rumors are flying that Facebook is even on the verge of integrating games directly into the Messenger app (Farmville addicts will rejoice and send us more annoying invitations). The brand is busting their humps to be the preferred tool for all web use – this puts them one step closer.