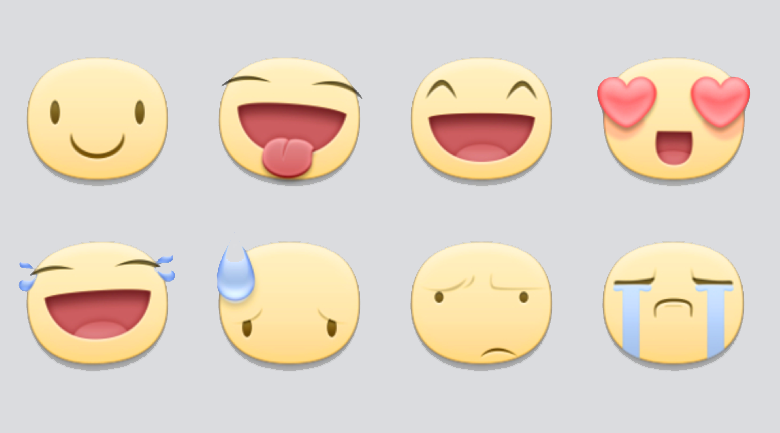 In Facebook Inbox messages sent privately between two or more people, “Stickers” as depicted above have long been available. If you haven’t explored them, they’re just big giant emoticons that send immediately upon your clicking them (pro tip: don’t click one until you’re sure about using it).

Now, they’re available in Facebook comments, all you have to do is go to the site and you’ll get a prompt that says they’re available, just click the smiley face next to the picture icon at the bottom of the comment area, and you’ll be given the basic options. Think you’re fancy and you need more options? That’s cool, just click the smiley face, then the blue plus button up top, and you’ll be taken to the Sticker Store, but remember – this isn’t Candy Crush, don’t get crazy (there are tons of free options).

Some say a picture is worth a thousand words, and while we would disagree in this case, Facebook wants you to have the option. You can still upload images, but for time sake, you’ll be able to use a pre-loaded Sticker.

Why on earth would I care about this crap?

As an avid Facebook user, I’ve been complaining about not having Facebook Stickers available in comments for a long time (longer than I’m proud to announce here).

But that’s not why I care. What you may not know about Stickers is that many are animated. These new Stickers indicate to me that Facebook is one step closer to supporting animated gifs in comment threads, which would make me happier than anything in the history of Facebook. I have entire conversations with animated gifs, so this will be huge for those of us that rely heavily on them for humor.

So now we must ask – when will all animated gifs be supported in Facebook comments? It appears to be soon. Thanks, Stickers!