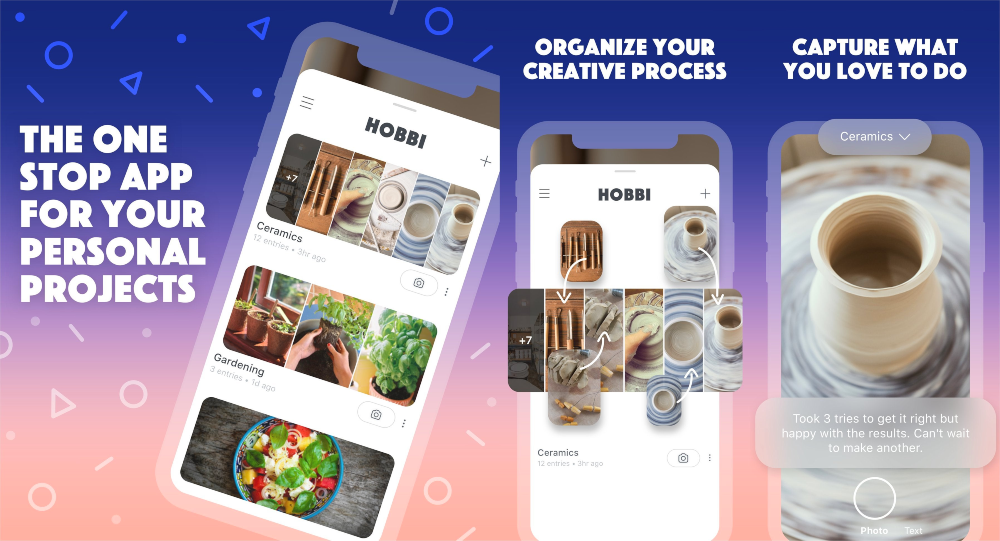 Due to its abysmal underperformance on the App Store, Facebook is killing their new app, Hobbi, just months after its rollout in February.

Hobbi was the brainchild of Facebook’s New Product Experimentation Team, whose stated purpose is to rapidly ideate, build, and launch experimental new apps – then pull them if they aren’t successful.

Hobbi was designed to help users document their progress on their various personal projects and, well, hobbies. Complaints centered primarily on its threadbare feature offerings. Notably, Hobbi does not allow its users to browse the works of other creators through the app- it only packages media like photos and videos for sharing elsewhere.

A post on the Tech@Facebook blog states that they “expect many failures” from the NPE Team, suggesting that Hobbi was not necessarily intended to last. But you have to wonder… what is supposed to be the point of a tool like this?

Stories are a popular feature on most major social media websites, including Facebook itself. And Instagram (which is owned by Facebook) already allows its users to curate and group posts about whatever they want, including personal projects, hobbies and interests, through their story highlights.

So Facebook created a product that was already made redundant by their existing properties. What is experimental about that, exactly?

One could also compare Hobbi to the underperforming video streaming platform, Quibi, which recently became infamous for its ostentatious ad campaign, aggressively flaunted celebrity cameos, and ultimately, its overwhelming failure.

Jeffery Katzenberg, Quibi cofounder of Disney and Dreamworks fame, blamed the coronavirus pandemic for Quibi’s flop – a questionable claim, considering just how much free time many have had to binge Netflix’s Tiger King during the lockdown.

The same could be said about Hobbi. People have been taking on projects like crazy in the time that has Hobbi been on the market. Quarantine cabin fever has us baking, crafting, painting, cleaning, and redecorating like never before. Yet Hobbi went nearly untouched.

Nobody used it because nobody needed it. Surely some cursory research would have demonstrated this?

One conclusion is that the app itself was the research – that Facebook’s NPE team isn’t really creating finished products, but rather testing the waters for potential new ones. (Could this framing be an elegant form of damage control, though? It’s easier to say “I meant to do that!” than it is to admit failure, especially in business.)

Still, creating throwaway apps in a bloated industry feels like cheating, whether it was meant for research purposes or not. There are plenty of indie app developers who create great tools with way less funding. Filling app marketplaces with lemons makes it harder for folks to find those gems.

Either way, hopefully we will see some original ideas coming from Facebook’s NPE Team moving forward, because this was clearly a disappointment. 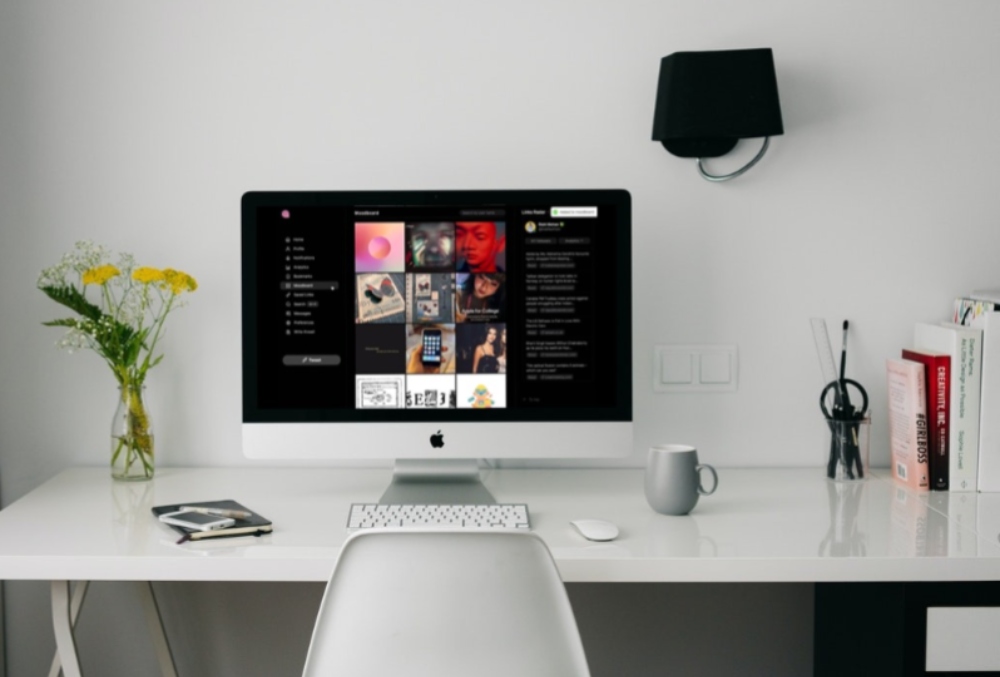 If you use Twitter for work, fun, or anything else, then you may want to check out this fancy new remodeled version offered by Kizie. Kizie is Twitter, but better. They offer a cleaner user experience with built-in options to help you enjoy Twitter the way you’re supposed to, without ads or promotions, and a chronological feed. They do offer a pro plan starting at $5.99 a month. The free plan has a limited number of tweets, threads, reader views, and saved links per month, and to get more you have to upgrade. All plans whether free or paid are ad and promotion free creating a better user experience.

Kizie offers several built-in tools and features. Reader Mode allows a link post or article to open the content directly within the reader mode in a modal. Kizie created a tool called Tweet to Image where an image can be created from a Tweet to be shared elsewhere, i.e., Instagram. They have created a Quick Media Preview where you can view the media without having to click it. All you will need to do is hover over the media with your cursor for it to play the video or GIF or show the full aspect ratio of an image.

If you use Twitter as a marketing tool for your business, Kizie makes it easier to see metrics. Their website states, “With Kizie, you won’t have to click individual tweets to see how they’re performing. Right after you log in, you’ll see a list of your recently posted tweets in the right sidebar on your Home feed. This list will show the following metrics of your tweets: Likes, Retweets, Impressions, Profile Clicks, Link Clicks.”  It also incorporates Twitter Analytics. Free accounts only get engagement statistics for the last 10 tweets, but the pro account gives detailed statistics of the last 100 tweets.

Kizie is also incorporating a tool called Moodboard. This Pinterest-style feature allows Creatives to create a Moodboard page where you can go through and view all the saved items in a beautiful lightbox view for inspiration or reference. 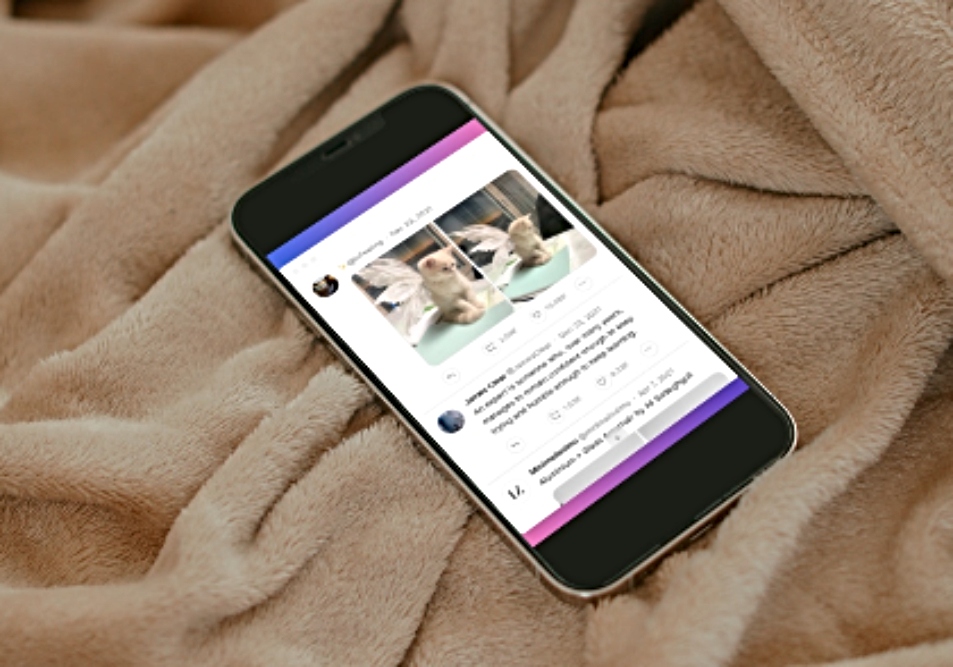 (SOCIAL MEDIA) Instagram is allowing users to choose how their home feed appears so they can tailor their own experience… and chronological is back!

Break out the bottle of champagne, because they are bringing back the chronological order in Instagram!

About time, right? Well, that’s not all. Per Protocol, Instagram has announced that they are rolling out three feed options in the first half of 2022. What?! Yes, you read that right.

Per Protocol, recent legal allegations have been made that Instagram and Facebook have been prioritizing content viewed as harmful in the algorithm and specifically in Instagram. Instagram is widely believed to be harmful to teens. Per the American Psychological Association, “Studies have linked Instagram to depression, body image concerns, self-esteem issues, social anxiety, and other problems”.  They have been under scrutiny by lawmakers and in response are posing the chronological feed as a solution.

However, this won’t fix everything. Even if the algorithm isn’t prioritizing harmful posts, those posts will still exist and if that account is followed it can still be seen. The other issue with this solution is the knowledge that unless Instagram lets you choose your default feed view, they could still cause the algorithm view to be the automatic view. Facebook doesn’t allow you to make the chronological feed your default view. This means you would need to choose that view every time. This bit of friction means there will be times it is overlooked and some may not even know the functionality exists. Knowing this information about Facebook, prepares us for what’s to come with Instagram. After all, Facebook, or Meta, owns both.

While as an entrepreneur, the chronological view excites me, I know the reality of it being used is questionable. I would love to know others can see the products and services I offer instead of hoping that Instagram finds my content worthy to share in the algorithm.

As a human being with a moral conscience, I have to scream, “C’mon Instagram, you CAN do better!” We all deserve better than having a computer pick what’s shown to us. Hopefully, lawmakers will recognize this band-aid quick fix for what it truly is and continue with making real changes to benefit us all.

(SOCIAL MEDIA) Do you market your business on Facebook? You need to know that their targeting options for ads are changing and what to do about it.

The VP of Ads and Business Product Marketing at Facebook, Graham Mudd, expressed the belief that personalized ad experiences are the best, but followed up by stating:

“[W]e want to better match people’s evolving expectations of how advertisers may reach them on our platform and address feedback from civil rights experts, policymakers, and other stakeholders on the importance of preventing advertisers from abusing the targeting options we make available.”

To help soften the blow, Facebook is offering tips and examples for small businesses, non-profits, and advocacy groups to continue to reach their audiences that go beyond the broad targeting of gender and age.

Here’s the lowdown on how it will happen.

Per the Search Engine Journal, changes can be made to budget amounts or campaign names without impacting the targeting until March 17th. However, if you go to change the ad set level that will then cause changes at the audience level.

If you need to keep that particular ad to reuse, it may be best to edit the detailed targeting settings before March 17th in order to ensure you can make changes to it in the future.

I believe it was Heraclitus that declared change is constant. Knowing this, we can conclude other social platforms may follow suit and possibly adjust their targeting in the future as well.