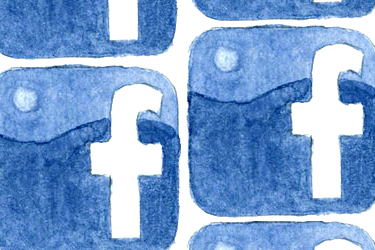 Announced at this fall’s F8 Conference, “frictionless sharing” is a concept wherein users give Facebook permission to automatically publish to their walls that they have read a news story on a major news publication, so when you go to the Wall Street Journal, if you’ve given permission, as you click around on economy news then get distracted by a cat video then a story about Ryan Seacrest, your entire trail of clicks has been publicly published to your wall.

The idea was a hit with publications who saw an opportunity to increase traffic to their sites by pumping out links across the Facebook social graph, but much has happened since the announcement of the new feature, and early adopters are revolting.

As part of the frictionless sharing Feature, it was discovered that Facebook was tracking user movement by cookies even when the user had logged out, which has led to a Congressional request for a FTC probe of the giant social network’s storage of personal information of non-logged in users.

More recently, technologist Anil Dash rocked the digital world by proclaiming Facebook was gaslighting its users. Dash said, “Facebook has moved from merely being a walled garden into openly attacking its users’ ability and willingness to navigate the rest of the web. The evidence that this is true even for sites which embrace Facebook technologies is overwhelming, and the net result is that Facebook is gaslighting users into believing that visiting the web is dangerous or threatening.”

How users are revolting

Many users have noticed that when they share content from a publication that is part of the frictionless sharing program at Facebook, the link they share takes anyone who clicks to a permission page wherein it prompts a user to allow frictionless sharing of that publication. The problem is, Facebook asks users to do so before they allow them to see the content of the link shared by an average user.

It goes like this – I post a story about Timothy Giethner from the Wall Street Journal and if you hover over the link on my profile page, your browser recognizes it as a WSJ link, but if you click it, you are not taken to the story, rather a middleman prompt that asks you to agree to the terms of frictionless sharing, agree to the WSJ terms of service, and if you scan properly, it might just tell you that if you hit cancel, you don’t have to agree to the terms. The problem is that it has been proven time and time again that consumers don’t read – they’re not reading that it’s not required to agree in order to see the story, and they’re not reading that if they agree to the app, all of their future WSJ reads will automatically be posted to their wall and they’ve agreed to the WSJ and app terms of service.

There is a rising number of people who are refusing to click links from a major publication, rather sticking to smaller publications or copying the headline and pasting into Google to bypass the misunderstood middle man app. Bloggers are increasingly writing about the frustration of sharing content as it benefits the publication but not the end user.

The idea of frictionless sharing is unlikely to disappear but will need major modifications before it goes mainstream to appease the early adopters who are familiar with how the social graph works, what blindly giving permissions means (see the gaslighting article above) and what it means to how links shared with their friends makes them look.

AGBeat is not a participant of the frictionless sharing program at Facebook.