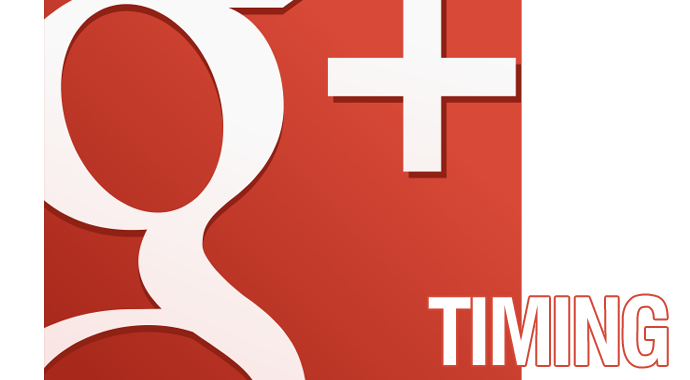 Given that Google+ is still a lesser used social network, there is little attention paid to the site, but for those using Google+, a lot goes into manually creating status updates as Google does not allow automation through RSS or otherwise.

Brands using Google+ have analytics tools, but most track the success of a post or update, or the viral nature of a particular piece. Photographer and software developer, Daniel Treadwell has created “Google+ Timing which he describes as “a site which analyzes your post history that highlights the days and hours in which your posts have the highest impact.”

By analyzing your Google+ post history, the app can recommend the best (and subsequently the worst) time for you to post on Google+ based on the success of past posts, as seen below (click to enlarge): 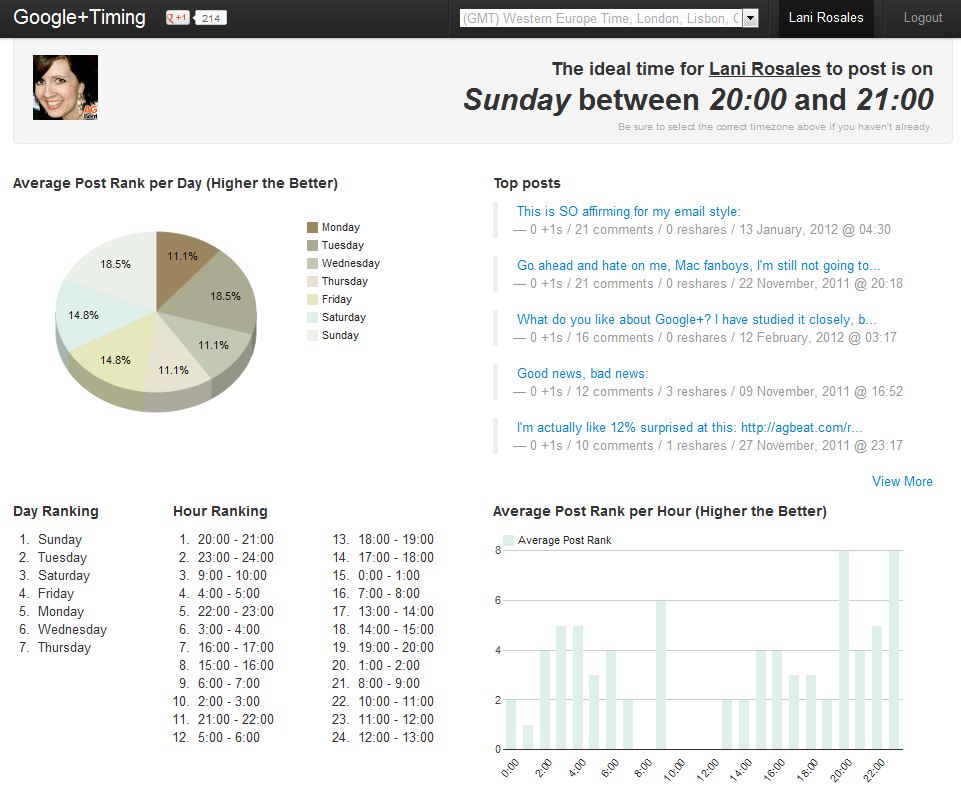 Noting that the furthest back Google+ will let the app go back is 100 posts, Treadwell seems confident this cap will be removed in the future. The other limitation is a bug with +1 counts found through the Google+ API which is expected to be repaired soon, but comments and reshares work as normal.

The way a post is ranked is currently very simple, according to Treadwell, “it is the sum of +1s, reshares and comments, the latter two given a higher value.”

Users should be sure to review the time zone at the top of the Google+Timing page, as GMT is the default and can lead you to be a few hours off in your recommended time frame for maximum impact in posting.

The goal is to help better access your Google+ audience, grow that audience by meeting them at the time of day they want you to, and to remove the doubt about whether or not your content curated is useful to your audience. With a simple tool, you can remove all doubt – try Google+Timing now.