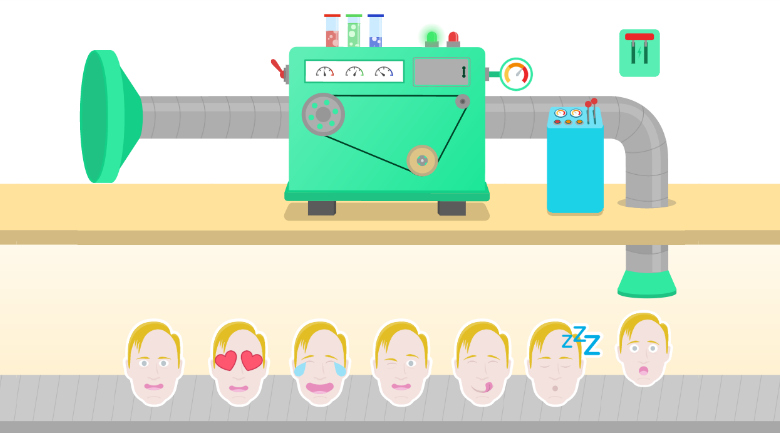 Keeping Up With The Emojis

Despite the fame and fortune, there have been few moments in my life where I’ve thought, “Man, I wish I was Kim Kardashian.” However, one of those moments did occur when she got her own set of emojis.

While goofy and irrelevant in the grand scheme, it did seem like a cool idea to have emojis of your very own mug. But, as I should have suspected, the time has come where this luxury is slowly becoming available to the public.

Become an Emoji is utilizing their graphic design skills in an effort to create tailored emojis, either for brand or personal use. Three subscribers will receive development of their personalized board.

According to developers, “Become an Emoji gives you a chance to have our crackerjack illustrators transform your photo into an extended set of emoji.

You’ll get high-res artwork to use as a profile image or passport photo or anything else you can think up.

So, for the time being, interested users can sign up on Become an Emoji for a chance to have the illustrators create a board of your photos. Once the endeavor is full-steam ahead, it will become available to everyone.

The company has also produced specialized emoji boards that are available for smartphone users.

These include: Histermoji, with boasts emojis with assorted facial hair; Meme Stickers which has turned many popular memes into stickers suitable for sending through iMessage; and Costume Stickers which allows users to place items like glasses, hats, and wigs on their favorite photos.

This is fun in-and-of itself for personal use, however, it could be very beneficial for brand use.

I mean, can you think of a better spot for product placement than in the messages we constantly send day-in and day-out?

Become an Emoji has the potential to rival apps such as Bitmoji, as emojis themselves have become such a major part of modern-day texting.

In this article:Become an Emoji, emojis, Marketing, Social Media