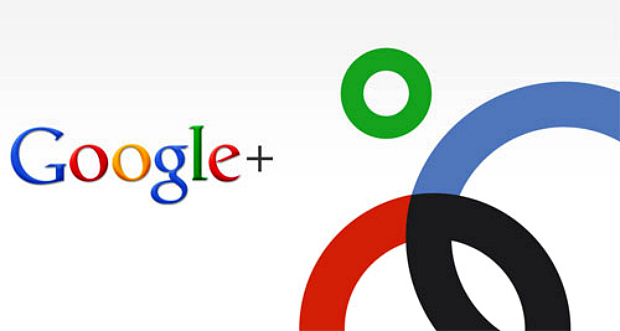 Google has announced a complete overhaul of Google+ for Android devices, working “closely” with the Android team during the creation of the newest version of Android, Android 4.0 (aka “Ice Cream Sandwich”), according to Google Product Manager, Ben Eidelson who added that “you’ll see the same attention to beauty and simplicity in our new design.” The overhauled app is available to any user running the Froyo mobile operating system or higher.

The new app has a new visual design, battery life improvements, navigation and performance improvements, drastic changes to how notifications work, a brand new user interface for posting content, and importantly for the tech world is the new support for Google Apps users. One of the initial problems of the last version of Google+ for Android was that users could not sign out, but the new version has repaired that issue and users can now sign out. Lastly, people can now be added to a circle from within circle profiles. 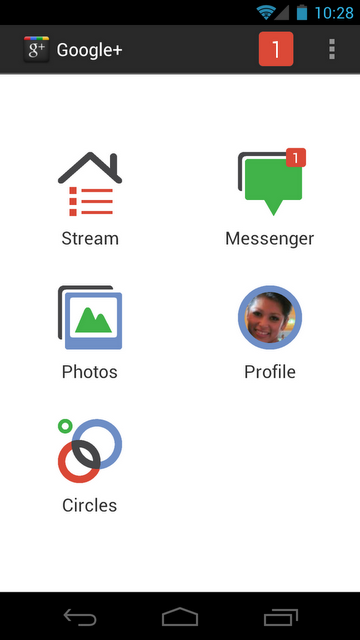 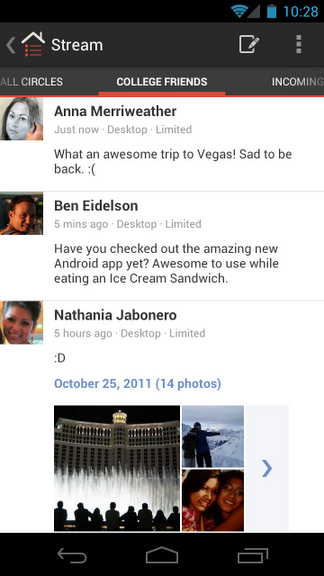 In this article:android, google, News