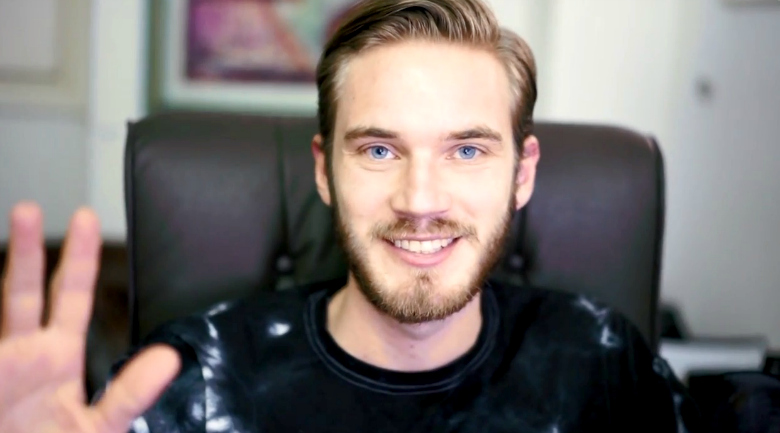 Humpty Dumpty Sat on a Wall

YouTuber PewDiePie is in all kinds of hot water after a recent video of his was labeled anti-Semitic. Since the video went live, he has lost his Disney sponsorship and an original series deal with YouTube Red. Does the punishment match the crime?

For those who don’t know (but somehow care anyway): PewDiePie is the YouTube moniker for Felix Kjellberg, who is currently the most subscribed-to person on YouTube. He creates a wide variety of content, though the majority of his videos are based in gaming and vlogging.

Read also: Who are the highest paid YouTube personalities?

PewDiePie has occupied the spotlight since 2011. His channel was chosen for a YouTube original series called “Scare PewDiePie” (since cancelled), and his channel was sponsored by Disney until recently.
TLDR: He’s kind of a big deal.

Humpty Dumpty Had a Great Fall

With great fame comes great responsibility, however. Responsibility, as it were, tends to encompass things like not making anti-Semitic jokes (regardless of the context) or using the infamous “n-word” as a white person (seriously, it’s 2017).

Regrettably, PewDiePie is guilty of both of the above offenses. What pushed Disney to drop him and YouTube to cancel his original series was a video in which the YouTuber paid various people on Fiverr to perform random tasks. One such task involved holding up a sign that read “Death to all Jews”.

PewDiePie’s sense of humor has been described as “divisive” or “controversial” by nearly everyone to come across it. Controversial humor isn’t a concept lost on us as a people. We often welcome the Bill Burrs and Dave Chappelles who are brave enough to conquer the comedic categories we dare not touch.

Unfortunately for PewDiePie–though fortunately for humanity in general–very few people seemed to think a sign promoting violence towards Jewish people fit into the “humor” designation.

YouTube news commentators Phillip DeFranco and h3h3Productions both made points of defending the unfair angle at which this controversy was forced onto PewDiePie. Instead of the context of the video and Felix’s channel in general being taken into account, the YouTube personality was slammed by headline after screaming headline proclaiming his anti-Semitism and calling for his removal from the platform.

In an era where fake or exaggerated news is becoming increasingly difficult to weed out, their analyses make sense. No, PewDiePie didn’t say “Death to all Jews” in a video. He did, however, decide to upload a video with that slogan in it to YouTube, and that’s the real problem. Is Felix anti-Semitic? Maybe, maybe not-—but that’s not really the point here.

In this case, intolerance, or, at the very least, profound irreverence for one of the most persecuted groups of people in world history became a part of PewDiePie’s brand.

That’s why PewDiePie lost subscribers, sponsors, and video deals: not because he made an insensitive comment, but because he allowed one to appear alongside his face.