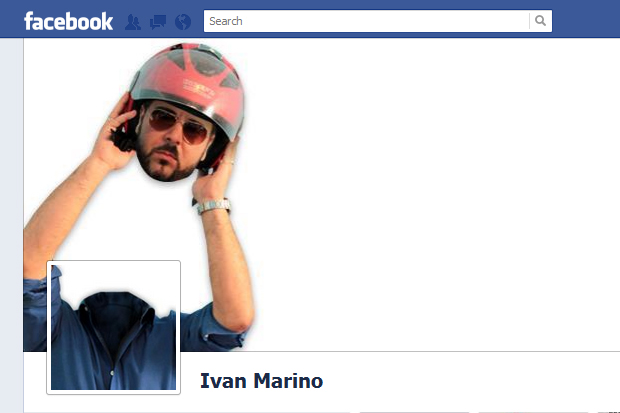 April 2012 UPDATE: Facebook has altered the size of profile pictures, rendering the dimensions in this story no longer accurate. For an UPDATED Photoshop template and a list of new dimensions, click here.

Get ready to get creative

Now that you’re inspired to do something creative as pictured above, or perhaps a branded and streamlined version of your website as a cover photo, how exactly do you go about doing that? We already gave you tips on how to avoid a fuzzy picture for your cover photo, but what do you do if you want to get really creative or make your profile picture look like it is a part of your cover photo?

Hongkiat.com has created a Photoshop template so that anyone with Photoshop can go in and create a breathtaking Timeline for themselves. If you don’t have Photoshop skills, but you have an idea of what you want, perhaps your in-house or contract graphic designer can help you – after all, you’ve already got the template for them.

As always, AGBeat cautions against the obvious: don’t use a photo that doesn’t belong to you or you don’t have rights to, and keep it clean. There are now websites that offer to generate a cover photo, but thousands of others will have the same image as you, so we suggest using your own photo.

So far, most early adopters aren’t using it as a professional billboard with tacky ads all over it, but that’s sure to come, so we hope our readers will keep it minimal and respectable and avoid hitting consumers over the head. Facebook timeline cover photos are a cross between Myspace and Twitter backgrounds, but limited and much more streamlined and less gaudy. The new features are attractive to users and it is our hope that Facebook doesn’t allow full customization, lest it become Myspace.