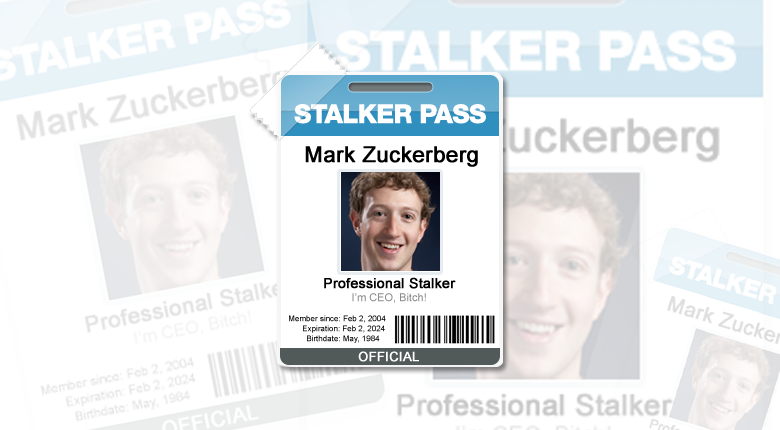 Julie Pippert, Founder and Director of Artful Media Group, known speaker and communications expert shared with AGBeat how she discovered what she believes to be a flaw in the popular service, Storify, making selected private Facebook status updates from personal profiles, private and secret groups visible to anyone and completely public.

Storify is a free content curation tool wherein users can pull social elements like photos, videos, and status updates from social networks, combining them into one single embeddable widget that is perfect for bloggers and digital publishers, telling the story of an event in its entirety through social reactions. It’s a clever and popular service that brags, “streams flow, but stories last.”

Unfortunately, that has been proven true of private Facebook status updates, no matter a user’s privacy settings, as using the Storify app to grab updates immediately pulls not only the quote from the status update, but the user’s profile picture which is linked to their account, the timestamp of the original status update on Facebook, and the original link.

Below is what a user with the Storify Google Chrome Extension sees on an update I posted in a Secret Facebook Group (note the word “Storify” which is the mechanism that immediately pulls all of the aforementioned data into Storify):

When published in Storify, it appears like so (embedded using the Storify code provided by the service):

This is an example taken from a Secret Facebook Group comprised of a handful of very close friends, where we talk about sensitive health issues each of us have, which would obviously be detrimental for the public to see.

Now, if you are not a member of the secret group, you cannot see anything else inside of the group or who the members are, you do not have additional access to other status updates, but my face and name are now associated with a sensitive topic that the public can see, should another group member have innocently pulled the update as they saw it in their timeline, not realizing it was from the group, or simply not thinking Storify would authorize such a move.

Storify users can only pull status updates from people they are connected with socially, but their privacy settings matter not, and they can pull in status updates from private groups to which they belong, and while none of this offers a window into those users’ accounts or into the secret groups, the Storify tool can turn private Facebook updates public, even if only one at a time.

The discovery of the ability to bypass privacy settings

Pippert discovered this bypass through what she calls a “faux pas accident” by using the Storify app, sharing a friend’s Facebook update who felt her privacy settings were as private as they could possibly get, surprising both women at how easily a private account could become public, even if it was only one status update.

“I felt so terrible about what happened that I started digging and checking,” Pippert said, “and I figured out that although anything can be copied, screen captured or otherwise shared, anyone who installs the Storify app can do it with one click, even if it is marked or otherwise set to be private.”

Pippert explains that she shared a friend’s update about Superstorm Sandy which was very heartwarming, but when she notified her friend, both were alarmed that it could be used publicly, and no matter the content, her friend did not want her name used publicly, which is often the case for executives or government employees whose contracts forbid them from commenting publicly to the press or otherwise.

No notification, reminder, or restriction

Neither Storify or Facebook offered any notification that the content was in any way restricted or private, and there is no way for users to opt out of their content being shared on Storify, even if implied via their ultra private settings on their Facebook account.

“I really like storify and it is so useful, especially with the Chrome app, for capturing content for my job and topics that matter in my work. It’s incredibly efficient,” said Pippert. But she notes that “End of day, you just have to be prepared to have some of your content used beyond in your little sphere. But the people using it have a responsibility too. What that is isn’t exactly clear in every case. We do all have to be responsible with content we put out through social media, even privately. My friend put out great content that reflected well on her. But she didn’t want her name out there publicly.”

“Storify enabled me to nearly bypass that, against her wishes,” Pippert said. “After we talked, I offered to remove her quote.”

When a Storify app user clicks “Storify” next to a public Twitter user’s update as a means of adding that update to their Storify stream, the following appears: And when a user attempts to Storify a private user’s update, it doesn’t offer any explanation or notice that you cannot do such a thing on a private user’s account, rather it turns the screen black like so:

We noticed some major differences between how Storify reacts to private Twitter updates and Facebook updates, with users being able to read Facebook status updates in a Storify stream that would otherwise be private.

Take note that the embedded status update above has actually been deleted from Facebook, yet you can still see it on Storify. That is troubling. Here is a screenshot in the event someone at either company tweaks something and it disappears.

While there is not likely any malice by Storify here, or even Facebook in how they structure data differently than Twitter, the ability to inadvertently share private information is all too easy with Storify, and Facebook, who is famous for keeping data on their servers even after users delete photos and the like. It’s not in Facebook’s interest to get rid of any data points, as their bread and butter is ad dollars based on aggregated data, and it is not in Storify’s interest to get rid of data points, as they paint an accurate picture of a user’s status update, unfiltered.

Pippert concludes, “It might ultimately be a human problem to solve: capture content from others mindfully and use it thoughtfully, with good communication. Let others know you’re using the content and make sure you are clear to friends your preference about your content being redistributed.”

This is yet another reminder that anything you say anywhere on the web, private or not, is always subject to being shared via third party apps, screenshots, or good old fashioned copy and paste, so never say something online that you wouldn’t say in public, because there really is no such thing as privacy, which is sad and unacceptable, but true.

Storify Co-Founder implies nothing on Facebook is private
[/pl_alertbox]