QR codes are being used more frequently in marketing efforts in print, on billboards, and even on television, and as an early adoptive consumer base takes to using the codes, there is a need for a saving and sorting mechanism which is where QRganize which allows iPhone users to scan QR codes, save them and organize them into categories for use later.

Some people find themselves using a QR code multiple times or needing to refer to it, which is not helpful to marketers that are seeking for maximum use of their efforts.

The QRganize app is compatible with the iPhone, iPads, iPhones and the iPod touch running iOS 5.0 or later. The app scans in a QR code and offers to save the encoded URL in the QRganize library where users can select from a list of 70 categories.

Saved QR codes are stored in a virtual shelf that looks much like an e-reader featuring icons of categories for ease of reference. 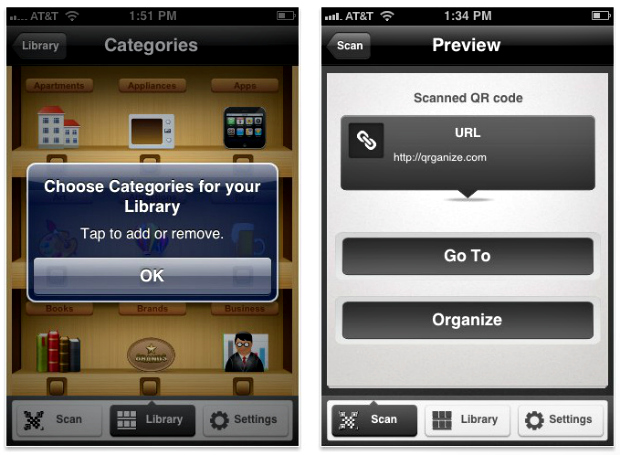 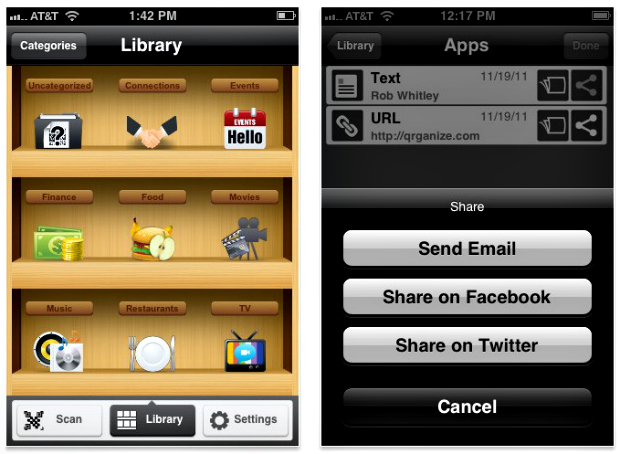