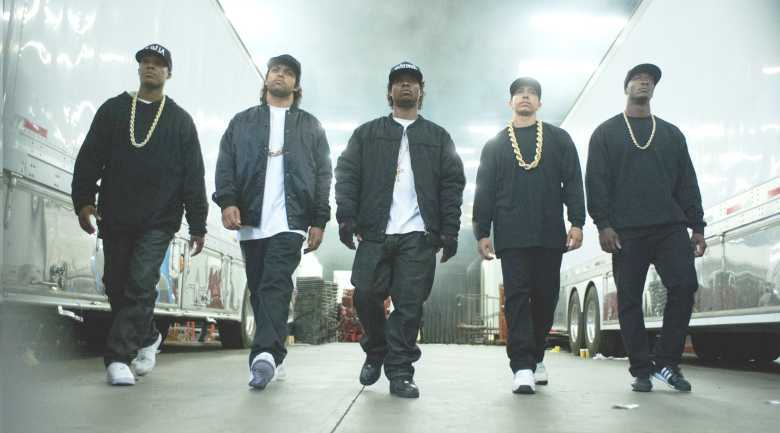 Targeted advertising is a good thing, right? You’re sending a message to your customer that is tailored to their specific interests, allowing you to attune different marketing strategies to different demographics.

But if your targeted advertising presents different information to customers of different races, you’ll look a lot less credible and a lot more, well, racist.

Universal Studios is currently in the hot seat, dealing with the backlash from its racially targeted advertising of the film Straight Outta Compton. The film, which is named after the title of the first studio album of the hip-hop group. N.W.A., chronicles the rise of the rappers from their Compton roots to international fame.

However, the studio chose to make advertisements, targeted towards white Facebook users, that don’t even mention N.W.A. Instead, ads for whites features Ice Cube and Dr. Dre, because Universal assumes that white people are more familiar with these faces than they are with N.W.A.

The discrepancy was revealed by Universal digital marketing executive, Doug Neil, who was speaking about targeted marketing at a South by Southwest panel. He described how Universal used Facebook’s analytic tools to create targeted marketing. While Facebook doesn’t allow advertisers to segregate content based on race, data on habits, likes, and interests can be used to create categories that mostly lump folks together racially.

So while Universal was patting itself on the back for its crafty targeted marketing, audience members’ responses ranged from eye rolls to outrage.

But not all accused Universal of wrongdoing

Black news and commentary site, The Root, was dismayed at the racial stereotyping behind Universal’s marketing.

They said, “let’s not act like all black people know or like N.W.A.” and commented that “they should’ve presented the fake trailers to the Academy members so the movie could have received more Oscar nominations.” The Academy’s snub of Straight Outta Compton inspired the hashtag #OscarsSoWhite.

The take away lesson here is that targeted advertising, when based on racial stereotypes, can and will backfire.