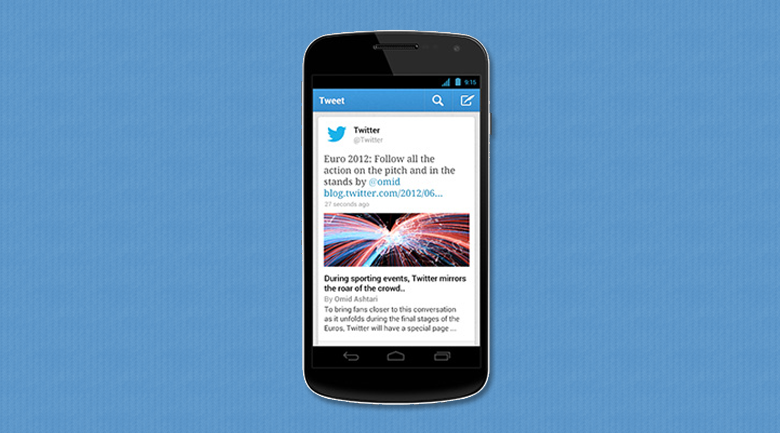 Twitter was once looked at as the golden child of social media, poised to outpace Facebook’s growth, but that never quite happened, and the company has long been the punching bag of critics who wonder where the millions of dollars in funding goes, other than to make some simple code edits to landing pages, or South by Southwest parties, or the design of a new logo this year.

Twitter has continued forging ahead, despite criticism, and this week announced both a new features for Android and iOS, and then announced their entire mobile experience is being overhauled and modernized.

While we are excited to hear the news, because the mobile experience for Twitter is subpar in comparison to the level of funding and talent they have attracted, but the features that have been updated feel less like innovation, and more like an attempt to keep up with Facebook.

The core feature that has garnered the most buzz is Expanded Tweets. The company explains this new feature:

“Since we introduced expanded Tweets on twitter.com, we’ve added several new partners like MLB and C-SPAN to a diverse and growing list of media sources. Starting today, you can also expand Tweets on Twitter for iPhone and Twitter for Android. When you tap a Tweet linking to a Kickstarter project, for example, you can play its video directly from the Tweet details view in your app. You can also read article summaries when you tap Tweets linking to sources like The Atlantic or play videos or view images when you expand Tweets linking to websites like Etsy and Vimeo. This new experience will roll out gradually to web, iPhone and Android users.”

Other new features include the ability to follow major events more simply from your phone, push notifications, better search including autocomplete, a discover tab to highlight new stories, and the ability to tap an avatar to go directly to a profile. The mobile redesign is said to be a more lightweight app that runs more quickly and is more aesthetically pleasing and similar to the web app.

Although the updates are welcomed, they seem like a “me too” move, like a laptop company making their devices thinner to compete with the iPad, or a hotel adding a spa service to compete with the neighboring hotel, rather than something like sixth sense technologies that are not just an iteration of existing technologies that competes, but rather resets the playing field.

All we see with these updates are ways to be more Facebooky and a gearing up to feature promoted content more than ever before. We hope that in 2012, Twitter will innovate, because we know it is in their DNA – the number 140 is proof of this, and they can do it again if they use their funds to innovate, not iterate.