I was recently invited to sit in on lengthy discussion with Tennessee’s energy provider TVA along with their consulting firm out of Washington to discuss the feasibility of implementing a residential energy score card system in our state.

After about an hour of hearing the miles per gallon correlation and how much that has helped the consumer make decisions about buying and selling cars over the years, I finally swallowed my condescending voice and said nicely; “you know I see few if any 100 year old cars out on the road these days or even 50 year old cars but I personally have sold many many historic homes and a home that has weathered a 100 years is probably a pretty well built home even though it’s not the tightest house out there.  Beyond that, cars are evaluated by computerized testing systems that simulate average driving conditions to score MPG and humans don’t all use their houses the same so you could hypothetically have two homes with identical mechanics that score completely differently.”

In all fairness, I was invited to be be a contributor because they want to understand the positive or negative impact this could have on our industry and I was thrilled they asked.  In addition, I think by the end of the discussion we came to a couple of key points.  First of all, more and more consumers are asking for utility bills at the time of purchase and some stats from NAR are pointing to ever growing numbers of buyers factoring energy efficiency in to their purchasing criteria so clearly this data is relevant.  The problem is, it is extremely difficult to come up with a fair and balanced way to evaluate a home’s energy performance that will not feel like government interference, is simple enough to understand but useful enough to inform, factors in homeowner behaviors, factors age of home, and is not to cost prohibitive for homeowners to participate in.  My suggestion is that the whole MPG phrase is the first thing that needs to be thrown out of the discussion, it’s just not that simple.

A little background on the issue

There are states and even the federal govt. that have proposed making energy audits (like a HERS score) a mandatory part of a home sale to the great chagrin of  NAR.  Why, because there aren’t enough raters and the measuring equipment is expensive so this would be a minimum $400-$800 expense for a seller just to list.  In addition, there are older homes that would likely fair more poorly than newer homes and could put existing homeowner at an extreme disadvantage which represents the bulk of our housing inventory.  We’ve already been kicked in the teeth enough these last few years with crazy appraisals and tight credit, the fear is that something like this might be the death nail in American home ownership. In addition how long would these scores be good for and would a home have to be re scored every time it was put on the market?

On the other side of the coin as I touched on before, there is tangible consumer demand for estimates on the costs to live in a home these days.  In addition, we have heard the term energy shortage (I.e. rolling black outs in CA a few years back). In laments terms, the US needs new power plants  in order to accommodate its growth which is an expensive and dirty proposition.  A more cost effective and healthier solution for you the tax payer would be to reduce your energy consumption.  How?  By living in homes that work more efficiently and changing some of your behaviors to further conserve.

During this think tank I attended, the consultant lead the discussion with this statement about energy scoring programs “everybody is doing it, they either have a program in place, are testing one, or in development.”  The utilities know this is crucial even if they aren’t ready to make it mandatory.  My question to you is how can this be done in a way that will not cripple the housing industry?  In addition, if you have either a mandatory or voluntary program in your area,  do you feel it’s impacting our industry?  Do you find the scoring systems to be both accurate and useful to consumers and homeowners and does it seem to be inspiring better habits? Is it being utilized through a real estate transaction (ie promoted in MLS or in the contracting forms)  Any input is greatly appreciated.  It’s a critical subject in my opinion and should be something our industry leadership is discussing. 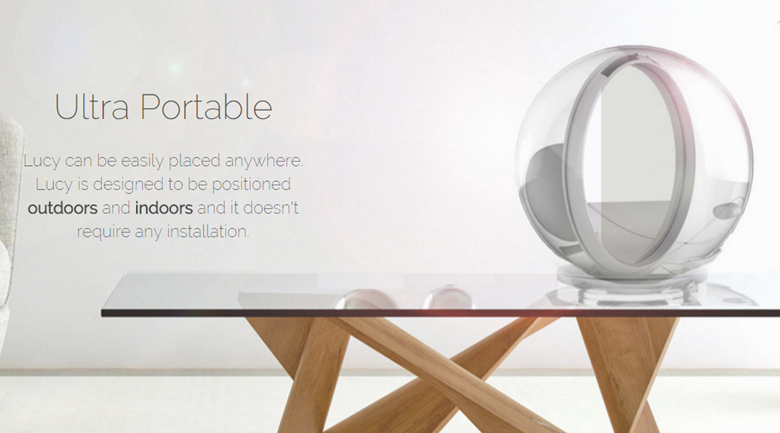 Lucy is solar powered and directs light to where you need it most - this marks a new direction for green tech, and we...