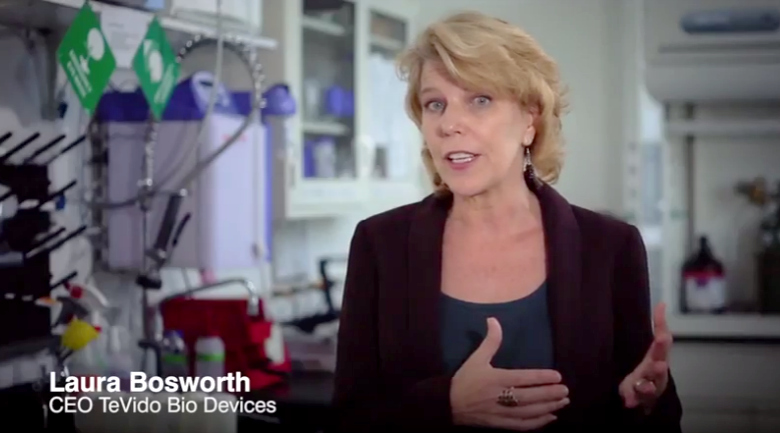 If you’ve read AG for more than a day, you’ve read a lot about 3D printing, but here’s the latest – 3D bio-printing.

It sounds like something out of a sci-fi movie, but will soon be a reality. Austin startup TeVido BioDevices has patents pending for a technology called Cellatier, which will use patients’ living cells as templates to print custom grafts for reconstructive surgery.

The company is focusing on breast cancer patients, 40 percent of whom choose to have a mastectomy, which involves removing all of the breast tissue. Women who do not choose mastectomies often get lumpectomies, where tumors and parts of the breast are removed. Of women who choose a mastectomy, one third opt to have their breasts reconstructed, and that number doubles when you look at women who have had double mastectomies.

As you might imagine, the results of these reconstructive surgeries can have a huge impact on the emotional well-being of patients, who may suffer from depression and loss of self-confidence if their breasts don’t look and feel right.

Surgeries for nipple areola complex reconstruction are “unpredictable.” Fat injections to fill in the space left behind by lumpectomies are often reabsorbed by the body, rendering them ineffective. In fact, a full 25 percent of patients who have lumpectomies are dissatisfied with the appearance of their breasts after surgery, leading to depression and fear of relapse.

TeVido BioDevices hopes to alleviate these problems by using a woman’s living cells to create custom grafts that the body will recognize, rather than reject. They are working in collaboration with the medical college at University of Texas, and have received grants from the National Science Foundation, LIVESTRONG, and the National Cancer Institute.

TeVido would like to eventually expand beyond breast cancer patients to develop custom grafts for people with sports or combat injuries resulting in tissue deficiency.

In this article:3d printing, bioprinting, Tech, The News