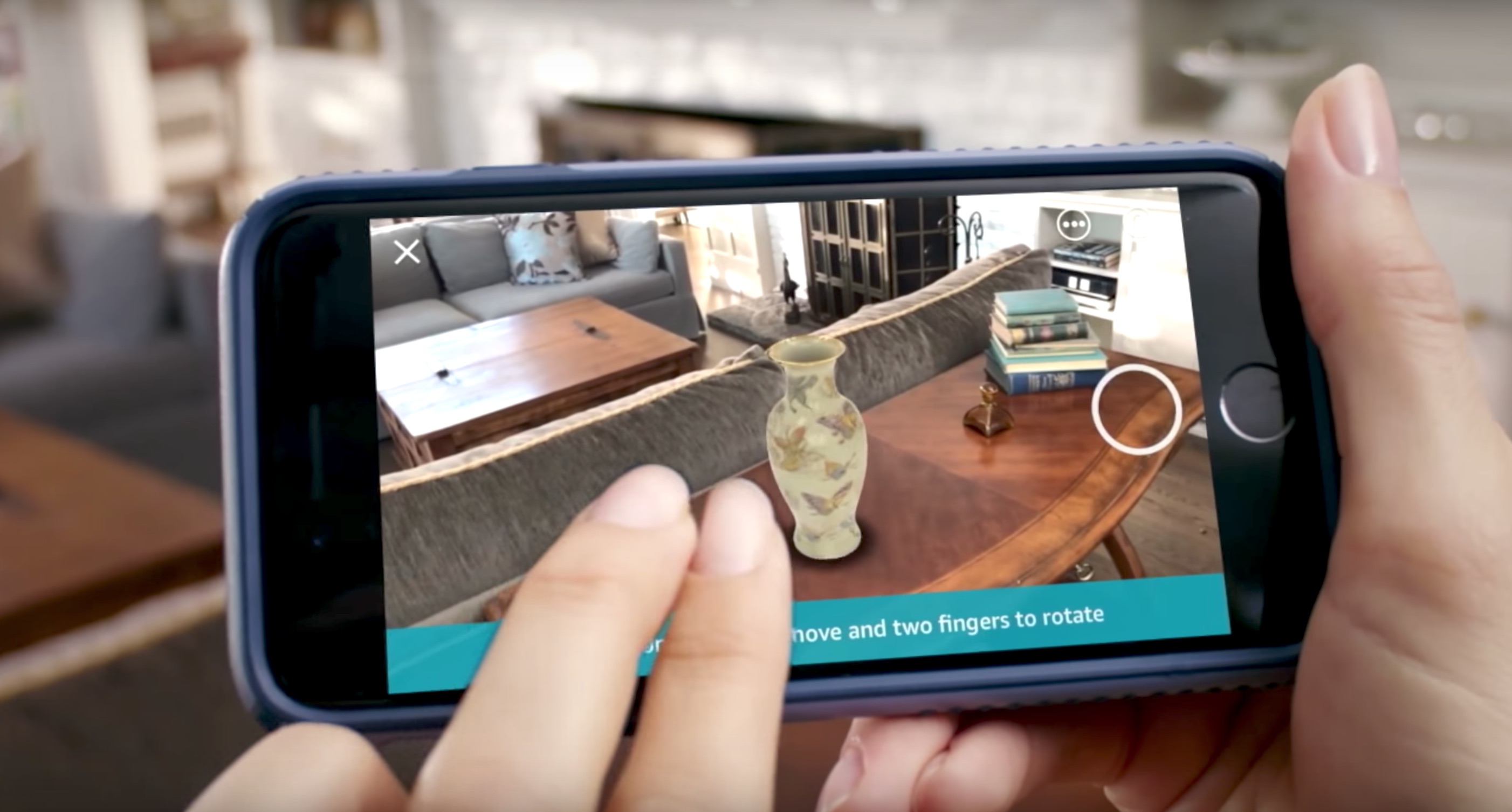 Amazon is introducing a try before you buy augmented reality (AR) app allowing users to test out items in their homes before making a purchase. As a new feature of the Amazon App, you can use a camera to virtually place thousands of objects, moving and rotating to see if that crockpot looks better on the island or the counter.

They haven’t announced exactly which items are available in the AR launch, but from the promotional video it seems like it’s mostly home goods like furniture and kitchenware. Other home and office objects are included as well, like toys, games, and electronics.

The app sorts by room so you can feel like you’re playing the Sims in real life, moving around chairs and vases without paying for them quite yet while you decide on placement and color.

AR view offers a 360 view, which is typically not available on a standard desktop product listings. You can even zoom in to check out up-close details. Amazon has essentially addressed one of the remaining advantages brick-and-mortar stores had over online shopping: viewing the item “in-person.”

However, it will definitely take quite a bit of time to digitize and categorize every item for inclusion in the AR app. Previously, Amazon offered AR “shoppable stickers,” but these were more cartoony and only had limited product sets. The stickers are apparently still available.

Amazon’s AR View utilizes Apple’s ARKit, a software that allows third-party developers to add AR functionality to mobile apps. As a result, the app is exclusive to iPhone 6S and newer models running iOS 11, and Amazon hasn’t indicated if they plan to offer the new feature to Android users.

It’s worth noting that IKEA launched a similar program nearly five years ago utilizing AR in their Summer 2013 catalog. IKEA also offered one of the first AR apps using ARKit on the market last September. Likewise, Google and Wayfair have shown off a similar function for their Tango phones on mobile Chrome.

Augmented Reality is making shopping without leaving your home even easier, and Amazon is all about that life. If you’ve been itching to buy a new couch but wanted to test it out first and you also happen to have an iPhone, check out the app.

In this article:amazon, AR, The News, try on