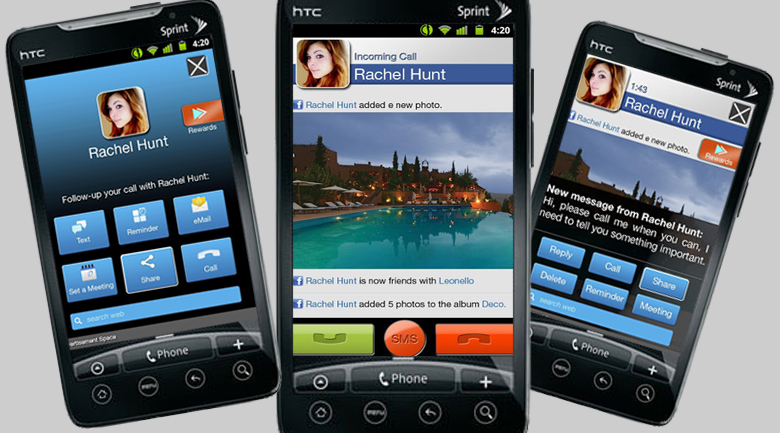 App makes you instantly better at following up

You’ve been in line at a busy store when you’ve taken a call, and by the time you get back to the office, you’ve been through one stop light too many, and have totally forgotten what you ate for breakfast, much less that you need to call someone back.

Enter CallFlakes, an Android app that offers extra set of action buttons on every call or text sent or received, that prompt you to take action in following up, right then and there – send an email to the person, set a reminder to yourself about them, or schedule a meeting, right from the interface of the app.

CallFlakes is free because it is ad supported, so you’ll see ads at the bottom of your screen, which most people find to be an acceptable tradeoff for a free app.

Tech writer Shep McAlliser adds, “CallFlakes also integrates with Facebook, and will augment your Caller ID with the caller’s profile photo and recent wall posts. This particular feature isn’t quite as fleshed out as Current Caller ID’s similar offering, but it’s a nice toss-in for an otherwise extremely useful app.”

One feature of CallFlakes that we suspect most people will ignore, as it is not required for running the app is that it is connected to the “Beintoo app reward program,” which the developers describe as a tool that aggregates the Beintoo virtual currency as you use the CallFlakes app, which can then be redeemed against free coupons “and other goodies from companies like Gap, Zappos, Groupon and many others.”

Regardless of the silly rewards program, the app is useful on its own merit, by not only adding a social layer, but a reminder system that could help any user improve their productivity quickly.

In this article:android app, productivity, Technology