Can you imagine going to start your car and on the screen pops up a hacker’s demands? If you transfer 33 bitcoins to their account, you get control of your car back? It’s a scary thought, not just because ONE Bitcoin costs almost $3k.

Read also: Ransomware, malware are evolving – what to do if you become a victim

Having a device that you rely on every day for safe travel vulnerable to that kind of exploitation should give you the heebie jeebies. However, if you’re also thinking that the idea is far-fetched, you should reconsider.

Modern cars currently run on 100 million lines of code, and manufacturers aren’t shying away from increasing the computerization of vehicles.

That increasingly opens up our cars to attacks like the WannaCry attack.

Much like the computers targeted by WannaCry, hackers can and will continue to be able to withhold the function of your vehicle in exchange for money.

This isn’t a completely hypothetical scenario either

According to a report, Fiat Chrysler, “conducted a recall of certain Jeep models after security researchers exposed a vulnerability in an infotainment system. The researchers were able to take over control of steering, acceleration, and braking via a laptop.”

Additionally, the article mentions potential cybersecurity vulnerabilities in key fobs, car controllers and phone apps that are increasingly connected to our vehicles.

Because of these weak points, the Future of Automotive Security Technology Research consortium predicts a “vehicle-based ransomware attack would take place in the real world sometime this year.”

Aware and in action

Thankfully, the industry doesn’t have its head in the sand about this threat. The Automotive Information Sharing and Analysis Center, or Auto-ISAC, released a list of seven best practices for automakers trying to get a handle on their security, and these practices touch on both proactive and reactive measures.

The National Highway Traffic and Safety Administration developed design guidelines to better guard against hacks and to build in safety features in the event of a cyberattack.

Even the FBI issued an industry-wide warning to ensure automakers take the threat seriously.

Over time, these best practices and theories will be continually refined into actionable roadmaps for manufacturers. However, it’s also important as consumers to create the demand for that kind of progress.

Whether that’s demanding action from automakers or developing the technology to battle this threat, there’s power we have to utilize to keep this going in the right direction.

In this article:cars, hack, ransomware, The News 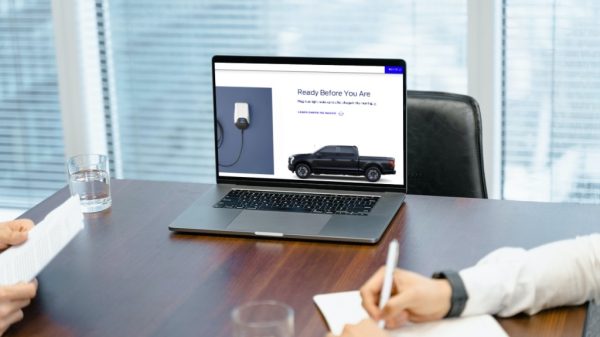 Ford’s cheapest EV truck is now up to $56k – will it continue to rise?

Buying a truck has never been harder, just like other industries that are fearing a recession and upping prices.