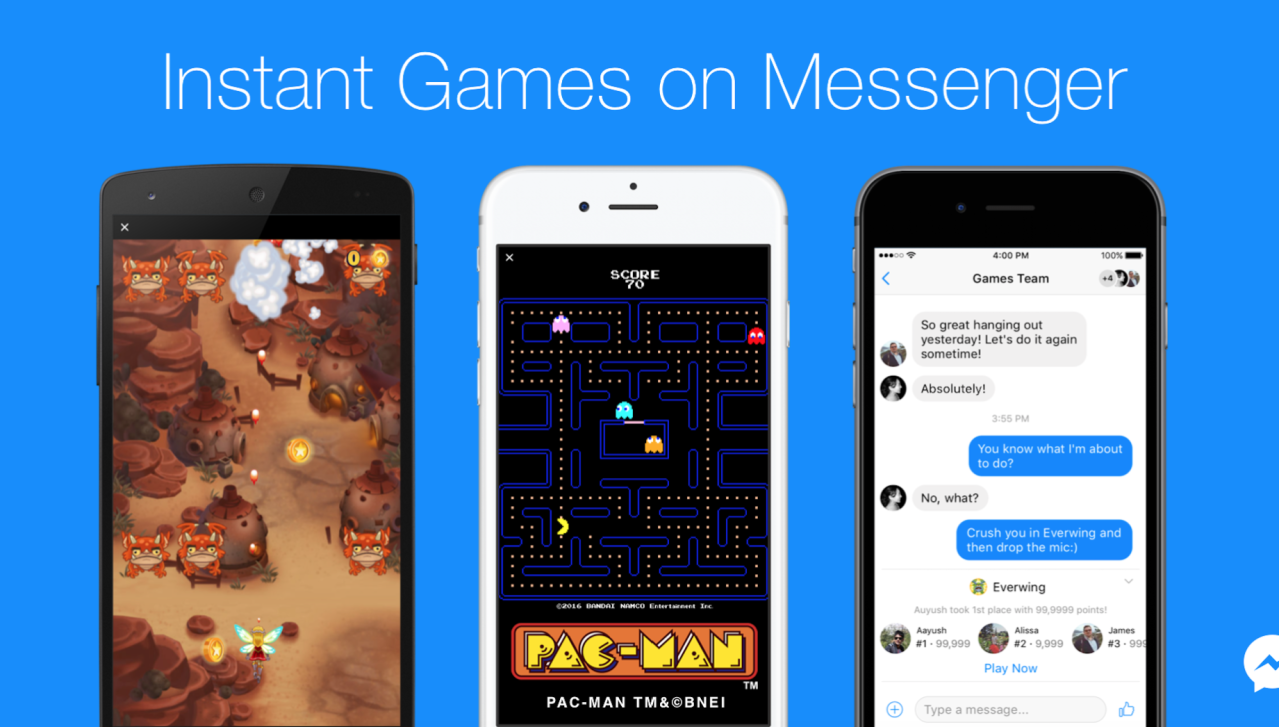 As we are in the thick of the holiday season and personal, one-on-one conversations are demanded from our family and friends – they actually want eye contact?! – Facebook has found a way to once again pull us from reality and engage with their network. This week Facebook launched Instant Games, a fun and quick way to compete with your friends via Facebook Messenger.

Going for the nostalgia angle

Though Facebook still remains a comparable competitor in the internet gaming realm, they noticed a sharp decline as users turned to their mobile phones for everything. They wanted to give people a reason to spend more time on their site, so games were the answer. However, Facebook had to find a way to make it more about the games than the ads. Therefore, they are keeping ads off for now, with the potential to make money through in-game purchases in the future.

The benefit of using Instant Games as opposed to a gaming app is their lightning speed loading time.

Since the games were designed in HTML5, you can play a full round in the same amount of time it takes for your BFF to respond to you. The process is simple. Just click the game controller icon in Messenger, choose a game and start playing! Your scorecard automatically uploads to your conversation, or you can share it on your Newsfeed to show everyone how cool you are.

Facebook even took a note from Snapchat, allowing users to doodle on their scorecard before they share it. Though HTML5 cannot provide hyper-realistic graphics, Facebook has included many classic games like Pac-Man and Space Invaders in the hopes that nostalgia will win the hearts of their increasingly older demographic.

As of now, Instant Games is available in thirty countries, including the U.S. You can play games via Messenger on your phone or the desktop site. Who knows what features will be added in the future, but for now just relish in the fact that you have one more reason to stay permanently glued to your phone.

In this article:facebook, Instant Games, Messenger, The News