If you haven’t heard all the buzz, Google recently launched an update to its systems dubbed “Caffeine” (testing started in 2009).  The big question though is what the heck was it and do you need to worry about your website losing its rankings? Google updated it’s algorithms 350 to 400 times in 2009.  Surprised?  They actually make changes to their algorithms on average, once per day.

It’s obviously a fairly common practice at Google, but what causes people to freak out, is when Google actually names and blogs about an update.  It’s a lot like storms.  You really don’t pay any attention to them until meteorologists give them a name.

“We’ve built Caffeine with the future in mind. Not only is it fresher, it’s a robust foundation that makes it possible for us to build an even faster and comprehensive search engine that scales with the growth of information online, and delivers even more relevant search results to you.”
-Carrie Grimes, Google Software Engineer

“…not much really. Much like the storm that wasn’t […] there isn’t a lot to dwell on. To my thinking this is far more about the future than it is today. It is about enabling deeper processing (including ranking signals) and managing an ever growing web.”

You should be more worried about the MayDay update. 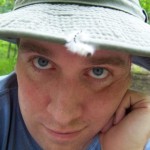 Marty Martin is an accomplished SEM/SEO anti-consultant with a broad range of experience working for a wide variety of clientele including colleges and universities, regional and state tourism, government and business. An advocate for business, Marty works hard to share accurate information in a world suddenly overrun with "social media consultants."