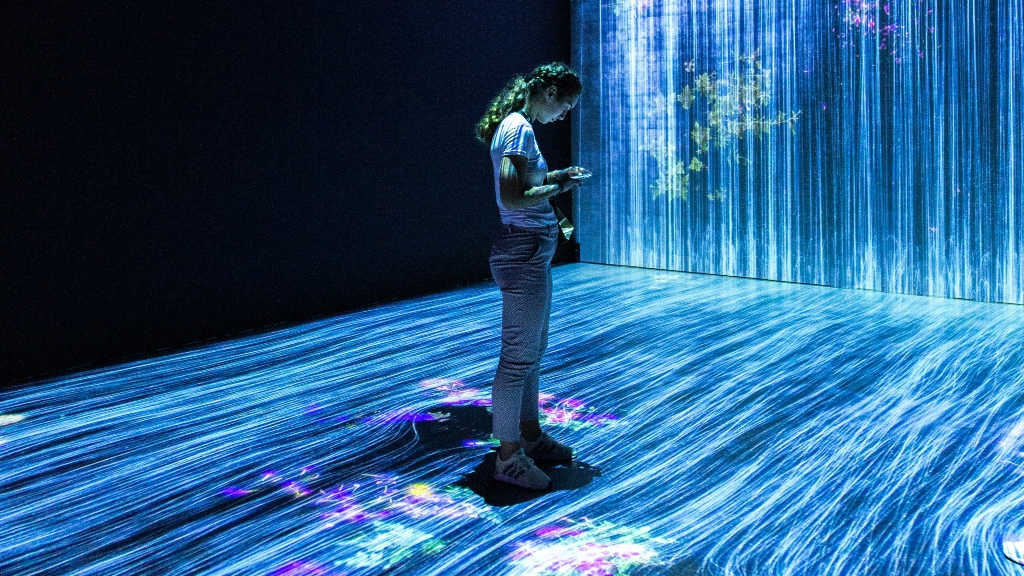 Whenever you see anything based in the future, what is the most common element? Holograms in all their glory.

However, holograms in 2022 still seem a little far-fetched. I mean, we are still acclimating to using Zoom on a daily basis, let alone having holograms.

Well, holograms may genuinely be a thing in the very near future. CNBC reported Google has created a holographic booth. One where you can speak to family, co-workers, or whoever, and have it feel like they are right there in front of you. The project is called Starline and has been in the works since 2021.

Holograms have been here and there but they are not something commonplace. When they were introduced in small batches, they often had technical issues or the hologram itself was a failure. Google is aiming to make the use of them so common that you’ll even use them in workplace environments, potentially eliminating video conferences in favor of holograms.

An associate from Wired even tried it and confirmed: “It does a good job creating the sense that the other person is sitting across from you, making the resulting interactions feel very realistic.”.

The use of futuristic technology like this is very interesting and I want to try it for myself though that is unlikely to happen. Apparently, after testing the booths within their own office,s Google is now expanding them to other operations like Salesforce and T-Mobile. These are all google partners and one may not see Project Starline outside of these companies for several years.

That won’t stop me from dreaming, however. I feel that having these holograms will make speaking to one another feel natural again. Whenever I am on a Zoom call, I feel stunted because it can be hard to gauge the flow of a conversation, but it can’t be helped when you work remotely. The use of holograms may give us a chance to regain that natural feeling of conversation again which could help us and our businesses along the way.

I can understand where this would be uncomfortable for some. At the rapid pace of technological advancements, it seems like we haven’t adapted to one thing before we are being almost forced to learn something new. The feeling of stress and never feeling settled can be overwhelming. Technology is a pretty big beast but it is necessary to move forward to a better and brighter future.

If it becomes a normal occurrence, I think we should embrace it. Since it is unlikely to disappear anytime soon, we could use it to our advantage. You have to make the best use of what you have!

With that being said I doubt thought there will be a huge shift to holograms in the next twenty or so years. So let’s all just rest easy and remember technology can be our friend…if we let it.

In this article:google, Holograms, The News, TMobile