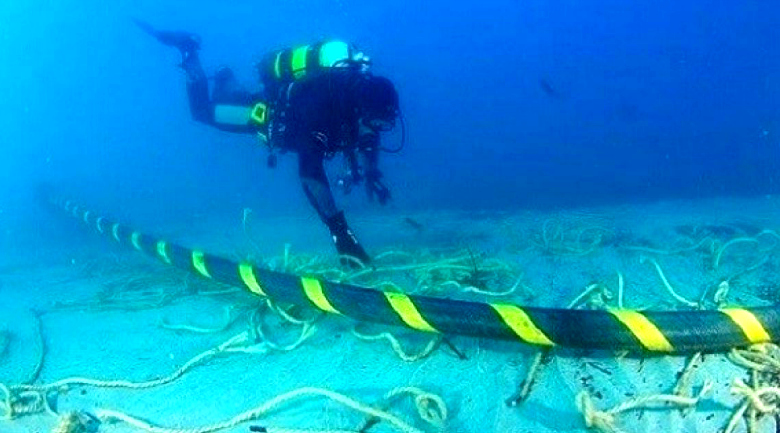 In a world of increasing interconnectivity, Google has just, quite literally, plugged into Japan.

Read also: Why Microsoft is setting up shop on the ocean floor [science!]

The 5,600 mile long fiber-optic cable, known as “Faster,” stretches under the ocean from Oregon to two different landing points off the coast of Japan. It’s faster and has a higher-capacity to transmit data than any other underwater cable ever built.

Why is it a big deal?

Faster was installed by Japanese tech company NEC, but was funded by Google, in partnership with China Mobile International, China Telecom Global, Global Transit, KDDI, and Singtel. Google had announced earlier this year that it plans to offer cloud computing from Tokyo later this year.

The cable can deliver 60 terabits per second of bandwidth – that’s more than half the total bandwidth available in the West Coast of the U.S. and Asia combined at the end of last year.

Google is reserving 10 terabits to speed up communications between its own computing data centers, reflecting and industry trend towards using undersea cables for internal communications. Until recently, most undersea cables had supported public internet traffic, but more and more tech companies are using them to interconnect their own data centers, bypassing the Internet. Nowadays, 60 percent of total cable capacity is used up by private networks. Last month, Facebook and Microsoft announced that they would team up to build a trans-Atlantic cable stretching from Virginia to Spain.

Google’s cable is specifically placed where it won’t be disturbed by earthquakes and tsunamis, to “help prevent network outages when the region is facing the greatest need,” according to Google’s blog. This is Google’s fourth undersea cable, and the company will likely build more. Google is also hunting for “dark fiber,” or unused fiber-optic cables, to use to connect their data centers over land.