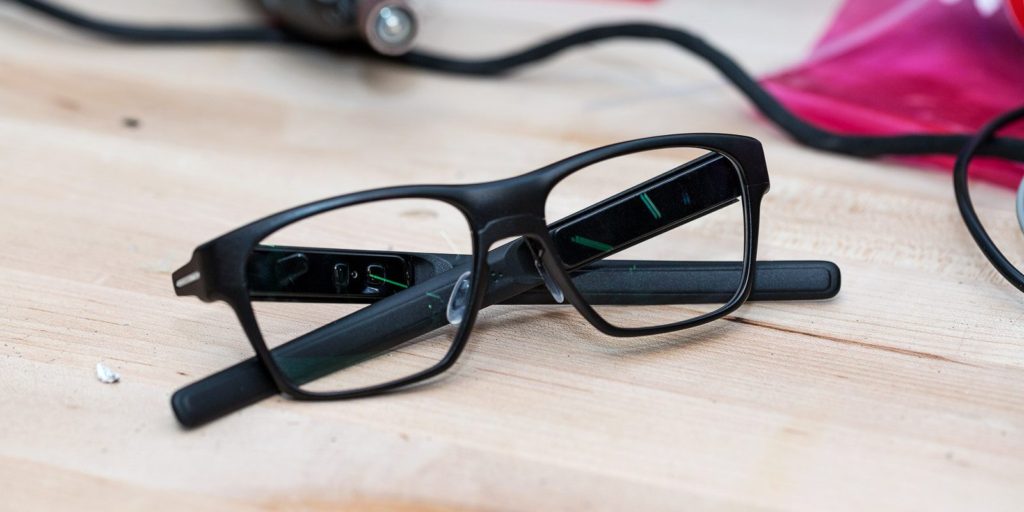 Intel’s plans to make a go of it, betting on a sort of “less is more” design concept. Previous smart glasses were bulky, didn’t conform to the wearer’s head, and frankly, looked kind of dorky. People also found them invasive, awkward to interact with, and were especially creeped out by the notion that smart glasses wearers could be filming them or taking their picture without consent.

Intel’s smart glasses, called Vaunt, are much more stripped down – no camera, no buttons, no distracting messages or images floating in your vision. Says Itai Vonshak, head of products for Intel’s New Devices Group, “We wanted to make sure somebody puts this on and gets value without any of the negative impact of technology on their head. Everything from the ground up is designed to make the technology disappear.”

Vaunt glasses weight only 50 grams and look totally unassuming, like a regular pair of glasses. They work with prescription or non-prescription lenses. They use a very low-power laser to project messages directly into your eye. In order to get that right, you have to have the distance between your pupils measured so that Vaunt glasses are custom made to fit your eyes.

Intel wants their smart glasses to be helpful, but not invasive. Notification messages only appear if you look slightly down. Looking straight ahead, the messages disappear. Messages can also be scrolled through or dismissed with small nods of the head.

What exactly will Vaunt glasses be used for? Intel is taking a “if you build it they will come” attitude towards this question. They’ll have an early access program to encourage developers to come up with apps and uses for the smart glasses. Some ideas include driving directions, reminders, and recipes.

Will a set of simplified Vaunt smart glasses win over the same consumers that have rejected the bells-and-whistles versions of the past? That remains to be seen, but crazier things have happened.

In this article:intel, smart glasses, Tech, The News